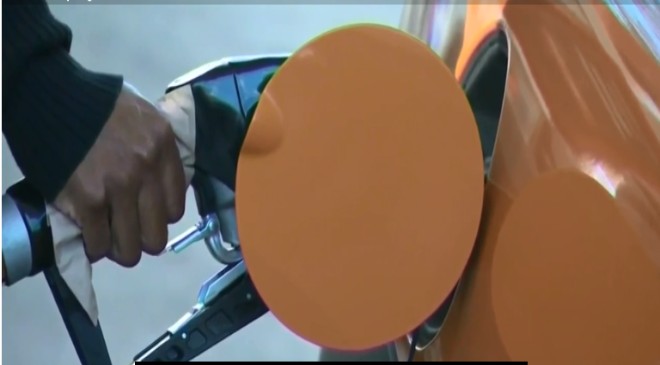 Retirees and those close to retiring are navigating the current economic and market turbulence differently than those with time on their side to wait for smoother conditions.

Depending on the type of savings and the balances in their accounts, some are feeling the squeeze more than others and are employing different tactics to survive the tumult.

But one thing seniors seem to have in common is that feeling of deja vu.

“A lot of seniors are doing the same things we’ve always done until we get back to reasonable times,” said Cliff Rumsey, an 82-year-old retiree in South Carolina who cares for his retired wife with Alzheimer’s.

He remembers when President Dwight Eisenhower’s heart attack in 1955 prompted the stock market to tank temporarily. Seniors also survived 1970s stagflation, the dot-com bubble, and countless other economic pains over the decades.

This time will be no different, they say.

What are they doing?

Rumsey said he and other seniors have trimmed expenses wherever they can until inflation returns to a “reasonable rate” and markets bounce back.

“I do remember some of the things my parents would do just to conserve money,” he said, and he does some of the same now.

Rumsey said he buys in bulk, cut back on meals and favorite name-brand items, reduces electricity usage by setting the thermostat to 75 degrees instead of 70, watches less television, and turns off lights. He also cut water usage in the yard.

Rumsey admits he also does something most financial advisors would cringe at: he increased his tax withholding for his social security so he’s assured a big refund check when he files his taxes. He uses that money as a savings cushion for the year.

“I know financial advisors will tell you not to do that because you can take that money and put it to work, but I know myself,” he said. “If it’s in my checking, it’s easy for me to get to and spend it. It’s not so easy when it’s with Uncle Sam.”

What should seniors be doing?

Retirees with a diversified investment plan shouldn’t panic, say advisors. Instead, stay focused on your long-term goals and know that if a recession occurs, they tend to be short.

From 1945 to 2009, recessions lasted on average 11 months, according to the National Bureau of Economic Research, the official arbiter of recessions and recoveries. That compares with an average of 59 months for economic expansion.

“What’s most important is where we’re going with the investments,” said Sean Pearson, a financial advisor with Ameriprise in Conshohocken, Penn.

Daily headlines screaming about stock market plunges, soaring inflation, prospects for sharply higher rates, and even impending recession are like construction and traffic on the road to your destination.

“You’ll still get there but there might just be a little detour and it may take a little longer to get there,” he said. “The most important thing is we get there. The traffic doesn’t matter.”

Though the market downturns may tempt you to sell in a panic, try to hold off, even if you must cut back on discretionary spending for a little while.

“Diversified investments in the U.S. and global economy tend to move up more than they move down, over time, and recover, if given time,” said Rob Williams, managing director of financial planning and retirement income at Schwab. “To give them a chance, don’t sell to fund spending now.”

If the volatility worries you, consider making small adjustments to your portfolio, advisors say.

“You can make tweaks around the edges,” Pearson said. “If you have fixed-income investments, shorter-term is better than longer-term if interest rates are rising for a year or two. If you’re tech-heavy, look at some safer, dividend paying stocks in certain sectors. But diversification is key.”

Dividend stocks attracted Mary Johnson, policy analyst at The Senior Citizens League  who also is nearing the age (typically 72 years) for required minimum distributions, or the amount of money you must withdraw from almost all tax-advantaged retirement accounts each year.

“Most of my retirement accounts are in dividend paying equities,” she said. “I don’t invest in other types of equities since dividend stocks at least pay you to hold them when times are bad.  They also tend to beat inflation during routine inflationary times – present inflationary times not included.”

If you’re not fortunate enough to have a big nest egg, things might be tougher but you can still soften the blow on what investments you might have.

“If you have limited savings, and they’ve fallen in value, don’t sell to fund spending now,” Williams said.

Instead, try to reduce your discretionary spending.

A word of buying caution: as much as you might be tempted to use what savings you do have to “buy low” and catch the “next big thing” at a bargain price, don’t.

“If you don’t have a lot of savings, don’t bet on trends,” Williams said. “Trends are often appealing, but also tend to fall hard.”

Resilience and a little acumen

Get the most out of what income you do get, whether it’s a pension payment or social security. Social security payments are adjusted yearly for inflation, rising 5.9% this year for the largest increase since 1982 when the cost-of-living adjustment (COLA) reached 7.4%.

The COLA increase has probably helped but hasn’t fully offset surging inflation this year.  In the 12 months to April, consumer prices accelerated 8.3%, slightly down from the 8.5% pace in March but still near a 40-year high.

“No matter how hard we try to plan, who would have ever planned that the highest inflation in 40 years would come back from the dead like a vampire to suck the savings right out of us?” Johnson said.