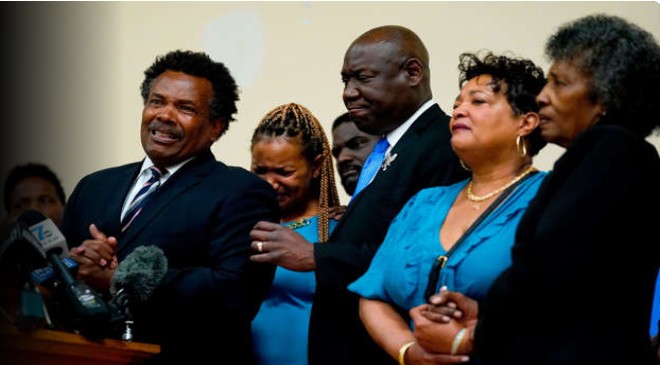 WASHINGTON — President Joe Biden is set to visit Buffalo, New York, on Tuesday to meet and grieve with family members of the 10 victims killed Saturday during a mass shooting at a supermarket that police say was racially motivated.

Victims ranged from 32 to 86 years old. Most were Black, either shopping or working at a Tops Friendly Market in one of Buffalo’s highest concentrated African American neighborhoods. The slain included a civil rights advocate, a deacon and a heroic security guard.

“He wants to go there and comfort the people who went through this violence,” White House press secretary Karine Jean-Pierre said.

Biden and first lady Jill Biden, who is joining the president on the trip, will first visit a memorial for the shooting victims before meeting with families, first responders and law enforcement officials at a community center.

During remarks, Biden will call the shooting “terrorism motivated by a hateful and perverse ideology that tears at the soul of our nation,” according to a White House official, and call on Americans to “give hate no safe harbor.” He will also “reject the lies of racial animus that radicalize, divide us, and led to the act of racist violence we saw on Saturday,” the official said.

Jean-Pierre read aloud the victims’ names and stories at a press briefing Monday, saying their lives were “senselessly taken in this horrific shooting.” She said Biden will also use the trip to call on Congress to act on gun reform, renewing efforts that have stalled in the evenly split Senate.

The shooting suspect was identified by authorities as Payton Gendron, 18, of Conklin, New York, about 200 miles east of Buffalo.

Gendron is white, and law enforcement officials were working to confirm the authenticity of a 180-page document published online before the attack that discusses the “great replacement theory” – a false claim that white Americans are being systematically “replaced” by immigrants and minorities. The document detailed the plot and identified Gendron by name as the gunman, a law enforcement official told The Associated Press.

In remarks Sunday, Biden noted that the Justice Department is investigating the shooting as a hate crime and a “racially motivated act of white supremacy and violent extremism.”

“We must all work together to address the hate that remains a stain on the soul of America,” Biden said. “Our hearts are heavy once again, but our resolve must never, ever waver.”

Jean-Pierre did not say when asked whether Gendron – who was referred for a mental health evaluation last year after threatening an attack at his high school – should have been allowed to own a gun. She pointed to the Justice Department’s ongoing investigation when asked whether the administration believes he should receive the death penalty if convicted.

The Buffalo massacre resembles other recent mass shootings in which white gunmen traveled long distances to target groups of people based on their race or ethnicity. That includes a 2019 mass shooting at an El Paso, Texas, Walmart that killed 23 and a 2018 shooting at a Pittsburgh synagogue that killed 11 people.

Many Democrats have called out conservatives including Fox News commentator Tucker Carlson for reciting “replacement” rhetoric in the past. Jean-Pierre condemned such racist ideology Monday, yet she declined repeatedly to single out names of those espousing it.

“It doesn’t matter who that is,” Jean-Pierre said. “We’re not going to get into politics here about this. We want to make sure we’re calling out what we’re seeing. These are people’s lives.”

Over his first 16 months in office, Biden has traveled several times to meet with victims of natural disasters, but has only left Washington once before in response to a mass shooting. That came in March 2021, when Biden visited Atlanta following shootings at three spas that killed eight people including six Asian American women.