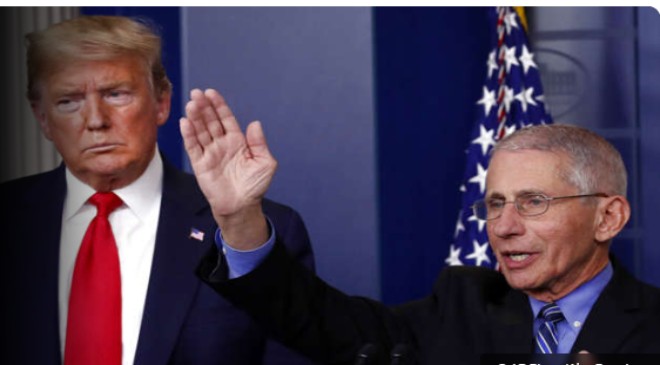 Dr. Anthony Fauci laughed and said “no” when asked he if he would stay in his post as chief medical adviser at the White House if former President Donald Trump wins the 2024 election.

“If you look at the history of what the response was during the administration, I think, you know, at best, you can say it wasn’t optimal. And I think just, history will speak for itself about that,” Fauci told CNN on Sunday evening.

Fauci has served as the director of the National Institute of Allergy and Infectious Diseases since the 1980s and became the face of the federal government’s fight against coronavirus in early 2020.

Former President Trump frequently clashed with Fauci during the first year of the pandemic about hydroxychloroquine, testing, reopening businesses, curtailing travel from China, and several other issues.

“People are tired of hearing Fauci and all these idiots, these people,” Trump said in October 2020 during a campaign conference call, one month before the last presidential election. “Every time he goes on TV, there’s a bomb, but there’s a bigger bomb if you fire him.”

Trump has not committed to running in 2024, but has been hosting rallies around the country and teased another bid for the White House.

“They’re going to find out the hard way starting Nov. 8 and even more so starting November 2024,” Trump said at the Conservative Political Action Conference in February of the Democratic Party’s chances in the next two elections.