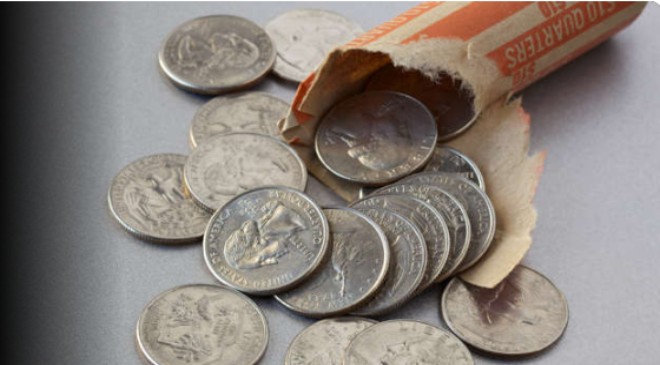 A single quarter could be worth more than $200 — and it has nothing to do with inflation.

The U.S. Sun recently reported that a rare quarter — minted in the year 2000 with an error on it — has sold for $216 on eBay. The coin is part of the state Washington quarters series featuring New Hampshire, but it was struck onto a Jefferson nickel.

But that’s not the most expensive rare coin, the U.S. Sun reports. Rare Washington quarters minted in 1932 can sell for as much as $13,573, according to USA Coin Book. Errors and rare mintages give coins the highest re-sale value, per The U.S. Sun.

Error coins — like the Washington quarter which recently sold for $216 — are sometimes called double denominations or “planchet” errors. That’s because the mistake occurs to a blank coin (a “planchet”) during the minting process. The U.S. Sun explained that errors can happen when the wrong planchet is fed into the minting press, or the machine contains dies of different denominations, and a mix-up occurs.

If you are the type of person who tosses your spare change into a jar, bowl, or piggy bank in your home, it could be worth sorting through your coins to see if you have any of value. If you don’t have a place where you keep your spare change, it’s worth searching under couch cushions, in your car, and anywhere change could collect.

On your hunt for rare coins, first look for any that seem unusual, such as a design you’ve never seen, an error where the print looks “off,” or the wrong denomination printed on the coin. Don’t forget to check both sides.

Then search the full name and year of the coin on eBay, select “sold” items, and sort the results by “highest value” first. If you find a winner, you can sell it on eBay or through a variety of other online marketplaces.