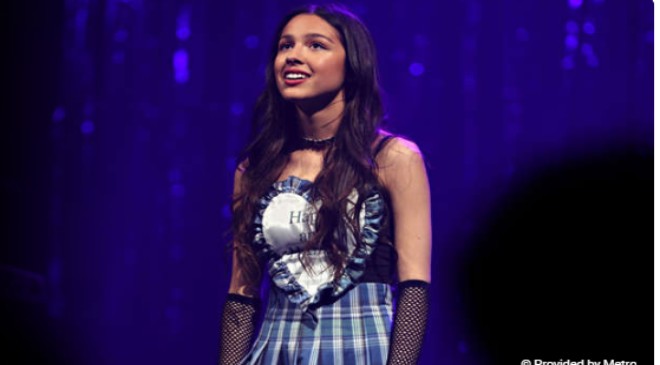 Olivia Rodrigo paused her concert in Washington D.C. to address the right to have a ‘safe abortion’.

The 19-year-old pop star voiced her concerns after a document leaked by the US Supreme Court suggested the landmark 1973 Roe v Wade case that legalised abortion across America could be overturned.

During her gig at The Anthem on Wednesday night, she powerfully stated that ‘our bodies should never be in the hands of politicians’.

Addressing the crowd in a video shared on Twitter, she said: ‘Because we’re in DC, I couldn’t pass up the opportunity to say how heartbroken I am over the Supreme Court’s potential decision.

‘Our bodies should never be in the hands of politicians. I hope we can raise our voices to protect our right to have a safe abortion, which is a right that so many people before us have worked so hard to get.’

The Good 4 U hitmaker is the latest celebrity to weigh in on the issue.

Her comments come after fellow musician Phoebe Bridgers revealed she had an abortion while on tour last year.

The Smoke Signals singer said ‘everyone’ should have access to abortion services like Planned Parenthood and shared ‘a big list of places you can donate to right now’.

She tweeted: ‘I had an abortion in October of last year while I was on tour. I went to Planned Parenthood where they gave me the abortion pill. It was easy.

Other stars defending the right to have an abortion include James Corden.

The Late Late Show host said he stands in solidarity with women making their own decisions about their bodies.

He said: ‘This news is stunning, and sad, and terrifying in its future implications for basic rights that we all thought were guaranteed.

‘Me and everyone here at The Late Late Show stand in solidarity with women today, and everyday, and I hope so much that people who make the decisions in this country will think long and hard before they let this devastating overthrow of human rights stand.’

If you’ve got a celebrity story, video or pictures get in touch with the Metro.co.uk entertainment team by emailing us [email protected], calling 020 3615 2145 or by visiting our Submit Stuff page – we’d love to hear from you.