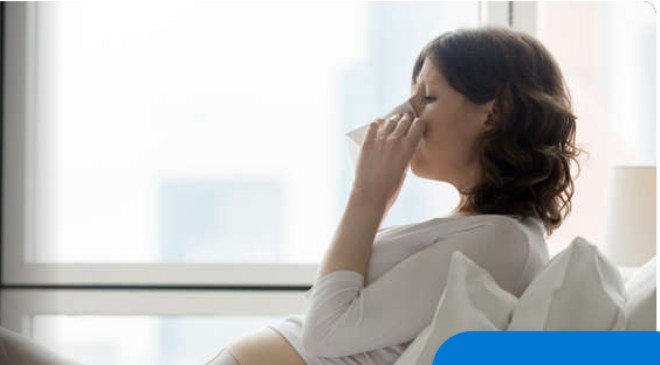 Is it safe for women to take any medication – including those for common conditions like asthma and diabetes – when they’re pregnant or lactating?

Some caution is warranted for women who are pregnant or nursing, says Dr. Catherine Spong, a professor of obstetrics and gynecology and chief of maternal fetal medicine at UT Southwestern Medical Center in Dallas. While most medications are generally considered safe during this period, doctors and patients alike only have so much data to go on due to a lack of research. There’s a dearth of large, human studies on the safety and effectiveness of drugs for women who are pregnant or breastfeeding. For these patients “we have very limited information,” Spong says.

It’s important to keep in mind that medications approved by the Food and Drug Administration must be safe for women of reproductive age, she notes. “Many medications are commonly taken by lots of women – they may not even know that they’re pregnant at the time – and have not been found to have adverse effects,” Spong notes.

Researchers are pushing to collect more data on medications taken specifically during pregnancy. To that end, in 2016 Congress passed the 21st Century Cures Act, which established the Task Force on Research Specific to Pregnant and Lactation “to advise the Secretary of Health and Human Services regarding gaps in knowledge and research on safe and effective therapies for pregnant women and lactating women.”

The task force developed 15 recommendations, according to Seminars in Perinatology, a medical journal.

In the meantime, one popular class of medications that have received some scrutiny during pregnancy are antihistamines. Data shows 1 in 10 or more (10% to 15%) of pregnant women take these medications, which are available by prescription and over the counter, to treat symptoms like asthma and allergies such as runny nose and itchy watery eyes – as well as to relieve other issues like nausea and indigestion. Antihistamine drugs include Claritin (loratadine), Zyrtec (cetirizine) and Benadryl (diphenhydramine).

One reason antihistamines have been scrutinized is because past studies have raised concerns about a potential link between antihistamines and birth defects. However, a review by the Centers for Disease Control and Prevention of the most recent research that included more than 50 scientific articles through early 2014 found that most of the drugs don’t appear to be linked to birth defects.

Nor has research demonstrated that antihistamines cause birth defects of any kind. Given that, some experts speculate that such associations between antihistamine use and birth defects may just be the result of chance, as suggested in other research, and aren’t connected.

Although not considered allergy medicines, per se, decongestants like Sudafed (pseudoephedrine) are sometimes taken to relieve nasal congestion associated with allergies. For that reason, antihistamines are typically paired with decongestants – like Claritin-D and Zyrtec-D. (The D indicates that the antihistamine also includes a decongestant.)

Overall, there are few circumstances that would warrant pregnant women avoiding decongestants, says Dr. Julie M. Levitt, an obstetrician-gynecologist in private practice at the Women’s Group of Northwestern in Chicago. She’s also a clinical instructor of OB-GYN at the Northwestern University Feinberg School of Medicine. For example, pregnant women who have a history of hypertension, preeclampsia or eclampsia should avoid decongestants, because the medication may exacerbate the condition, she says.

Also, pregnant women who have had severe side effects (like a headache or visual disturbance) from prior use of decongestants should be cautious about using such medications again, Levitt says. Consult your health care provider.

Keep in mind that taking decongestants during pregnancy may raise the risk for the mother – particularly if she has high blood pressure – and baby. There’s some research that indicates decongestants are associated with some infrequent birth defects. That includes 2013 research published in the American Journal of Epidemiology that supported a reported link between taking phenylephrine, a decongestant in Sudafed, in the first trimester and significantly higher risk that a child would be born with a heart defect known as endocardial cushion defect. In fact, the risk that a child developed the heart defect appeared to be eight times higher when phenylephrine was taken during the first trimester. Still, researchers stressed that the absolute risk of that happening remained low: Less than 3 in 1,000 babies were born with the heart defect when the decongestant was taken during the first trimester. That compares with an average or baseline rate of 1 in 3,000 (or 0.34 per 1,000) babies born with the birth defect. This is the most recent research on the issue.

Because some research indicates there may be a risk for birth defects associated with decongestants, “we’ll recommend that women don’t take those during the first trimester,” says Dr. Salena Zanotti, an OB-GYN at Cleveland Clinic. If a patient has high blood pressure going into the pregnancy or has pregnancy-related high blood pressure (preeclampsia), clinicians also advise against taking decongestants at any time during the pregnancy – especially prolonged, or ongoing, use of the medications.

The safest bet, many doctors say, is to generally avoid taking decongestants like pseudoephedrine – which can also be found in many cold medicines – altogether during pregnancy.

When It’s Pregnancy, Not Allergies

You may have confirmed you have allergies long before you became pregnant. But for some women who develop nasal congestion that lingers during the pregnancy, it’s actually the result of physiological changes that occur during pregnancy, or what’s called rhinitis of pregnancy.

“It’s not really known exactly why some women get it. It’s thought it’s related to the changes in hormones like estrogen and progesterone,” Zanotti explains. “But you get a lot more swelling in the tissue around the nose or the nasal mucosa.” A lot more blood is flowing to that area, “so it feels more congested.”

Often pregnancy rhinitis is mistaken for allergies, which can complicate treatment. That’s because antihistamines block or decrease the release of chemical compounds called histamines that are employed by the immune system to fight perceived threats. For people with allergies, the release of these compounds, in response to exposure to allergens like pollen or dust mites, triggers allergy symptoms. But antihistamines aren’t made to combat pregnancy rhinitis.

“Because it’s not an allergy,” Zanotti says. “There’s really not much that they can do. We can try symptomatic relief if they’re feeling more congested with a saline nasal spray.” But congestion related solely to pregnancy usually doesn’t respond to allergy medications.

So, clinicians say, don’t assume you have allergies – or that allergy medications will be helpful – if you’ve only become symptomatic since you became pregnant. Talk with your doctor, and request a referral to an allergist if necessary, for a proper diagnosis.

Pregnant and nursing women who are considering taking medication should consider a handful of issues, Spong says.

Use of most medications is typically safe. Many women use medication safely for an array of conditions, including.

Don’t decide alone. Discontinuing medication you’ve been taking may be more harmful and could cause complications, Spong says. “Talk with your health care provider before stopping any medication.”

Get a clear diagnosis. The consequences of untreated medical conditions in pregnancy and lactation may cause harm to you and your baby. “Talk with your health care provider about your condition and treatment options,” Spong says.

Keep Your Doctor in the Loop

Whether you’re starting or continuing any medication, make sure to discuss it with your health provider. “Talk with your doctor if you are pregnant and you have taken any medicine or are thinking of taking any medicine,” the CDC advises. “This includes prescription and over-the-counter medications, as well as dietary or herbal products.”

Just as allergy medications – particularly those that aren’t paired with decongestants – are typically considered safe during pregnancy, there’s no added risk for you or the baby if you decide not to treat allergies during pregnancy. “A lot of women can have allergic rhinitis or pregnancy rhinitis, and it’s tolerable. They don’t need to take anything,” Zanotti says. “You’re doing it more for symptomatic relief for the mom.”

If you just found out you’re pregnant and are on medication – for allergies or anything else – that’s no reason to panic. Instead, it’s important to work closely with your health care provider and discuss any medication risks and what’s appropriate to be taking going forward.