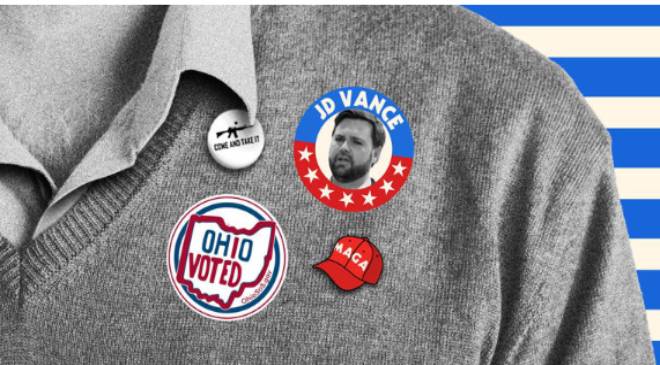 The collection of Republican primaries in May presents some definite challenges for Donald Trump’s plans to show his domination of the GOP by picking winners to endorse; contests in Georgia, Idaho and perhaps Nebraska and Pennsylvania could go sideways for him. But the month got off to a good start for Trump when his candidate for the Republican senate nomination in Ohio, venture capitalist and Hillbilly Elegy author J.D. Vance, won on Tuesday night. It was a tough multi-candidate race, with Vance holding off one-time front-runner Josh Mandel and late-surging self-funder Matt Dolan. With three-fourths of the estimated vote counted by 10 p.m., Vance was running seven points ahead of Mandel and nearly ten points ahead of Dolan.

Trump will get a lot of credit for Vance’s win, too. The self-styled populist who is a favorite of race-baiting nationalist Tucker Carlson looked at best like a long shot until Trump endorsed him in mid-April. Indeed, the blessing from Mar-a-Lago neutralized millions of dollars in ads from the Club for Growth (backing Mandel) drawing attention to Vance’s savage criticism of Trump back in 2016. With lavish support from a super PAC heavily funded by right-wing tech billionaire Peter Thiel, and on the arm of both Trump and Don Junior at campaign events, Vance picked up steam in MAGA country. In the end, his strength in the small-town and rural areas of Ohio eclipsed Mandel’s similar base of support, and gave him enough momentum to turn back a late surge for Dolan among relatively moderate urban and suburban voters.

Team Trump is esepcially relieved no doubt that Dolan fell short. As the only candidate who did not seek The Boss’s endorsement, and who also scoffed at his stolen election fables from 2020, he came close to threading the needle and winning with the quarter-or-so of the Ohio GOP electorate that’s meh about MAGA. But it wasn’t enough with Vance experiencing a surge of support as well.

Vance will now face congressman Tim Ryan, the former 2020 presidential candidate who easily won the Democratic nomination. While Vance will likely be favored thanks to the midterm election dynamics and Ohio’s increasingly red partisan leanings, Ryan is well-equipped to challenge the Republican hold on white working-class voters: he can bash corporations and China with the best of them, and he’s from the red-trending industrial and mining region of east-central Ohio. It should be an interesting match-up. Either candidate could become a national political celebrity with a win.

As the primary circus moves on to Nebraska and West Virginia next week, Trump can for a moment claim he’s batting a thousand. And he will.