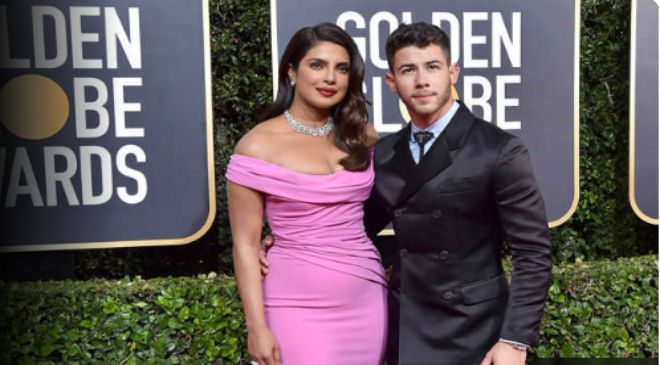 The ‘Baywatch’ actress and the ‘Jealous’ hitmaker are yet to publicly disclose the newborn’s moniker, however, TMZ obtained the birth certificate for the tot, who was born via surrogate on the evening of January 15 in San Diego.

And it revealed the unusual name, with Malti said to symbolise a small flower or moonlight.

The actress – who married the pop star in 2018 – took to Instagram in January to announce the birth of the little one.

Priyanka said on the photo-sharing platform: “We are overjoyed to confirm that we have welcomed a baby via surrogate. We respectfully ask for privacy during this special time as we focus on our family. (sic)”

It was later claimed the loved-up pair hope to have “at least two children”.

An insider said that friends of the celebrity duo are “excited” for the new parents, and they are keen to have even more children in the future.

The 39-year-old Hollywood star has previously spoken about her ambition to have kids.

Priyanka admitted she’s “very fond of children” and that she planned to have kids within the next decade.

In 2018, she shared: “I am a very ‘live in the today,’ maximum ‘live in the next two months’ kind of person. But [in] ten years, I definitely want to have kids. That is, it’s going to happen in the next ten years. Well, hopefully, earlier than that.

“I’m very fond of children and I want to be able to do that.”