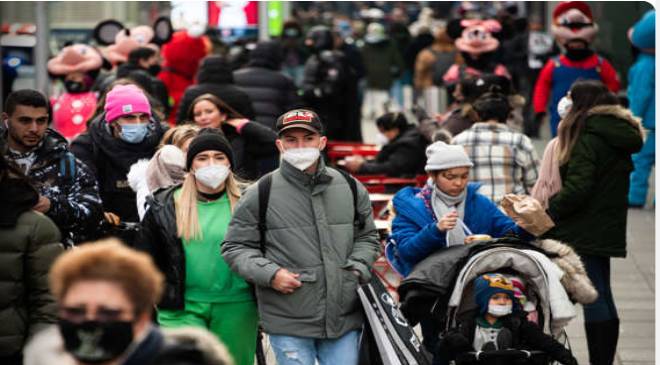 She has become an instant heroine of the Republican right.

In a 59-page opinion on Monday, the US district judge Kathryn Mizelle of Tampa, Florida, overturned the federal requirement that people wear masks on planes and public transportation.

Mizelle’s decision triggered cheers and fears in the skies. Some passengers removed their masks with glee. Others thought the move hasty and questioned how a lone 35-year-old judge on the district court for the middle district of Florida could wield so much power over millions of lives.

The answer lies partly in Donald Trump’s sweeping effort to reshape the judiciary, arguably his most profound legacy. Trump appointed 226 judges during his four years in office, including 54 powerful federal appellate judges.

Mizelle – whose husband Chad Mizelle served as acting general counsel in the homeland security council during the Trump administration – is the youngest Trump appointee on the federal bench.

She was 33 when she was nominated by Trump in September 2020 and confirmed in a party-line vote in the Senate, then controlled by Republicans, after Trump had lost his bid for re-election. Liberal activists warned at the time that Mizelle had a “stunning lack of legal experience” and an “extreme rightwing ideology”.

The American Bar Association (ABA) rated her “not qualified”, in part because she had only eight years experience in practicing law. Carl Tobias, a law professor at the University of Richmond in Virginia, noted on Tuesday that the ABA “prefers a dozen years of practice experience and she had merely eight.

“The ABA also voiced concern that Mizelle lacked experience in litigating and trying cases, a concern that she attempted to counter in her hearing. She was among 10 Trump nominees who earned that rating, eight of whom the Senate confirmed as life-tenured judges.”

Despite such concerns, on Monday it fell to Mizelle to determine that the Centers for Disease Control and Prevention (CDC) had exceeded its authority by issuing the original health order that the Transportation Security Administration (TSA) used to impose its mask mandate.

She said the CDC did not follow proper rule making procedures. Within hours all major US airlines and many airports announced – in some cases to passengers in the middle of flights – that travellers could take off their masks.

A challenge to the ruling could still be possible. The CDC has said it will continue to study whether mask mandates are necessary, and the Biden administration said on Tuesday that it could appeal depending on the CDC’s findings.

Christopher Kang, chief justice of the progressive group Demand Justice, said: “Kathryn Mizelle’s decision to substitute her own judgment for that of the Center for Disease Control is a stark reminder of the future we face if Democrats do not reform the courts: one in which Trump judges spend the next several decades kneecapping the ability of every Democratic president to govern.

“Mizelle epitomises the Trump judge: someone chosen not for their qualifications, but for their commitment to enacting a partisan Republican agenda from the bench.”

After graduating from law school in 2012, Mizelle worked at the justice department and in private practice at Jones Day. She also served as a law clerk for several federal judges plus Justice Clarence Thomas, widely regarded as the most conservative member of the supreme court.

During her Senate confirmation, Senator Mike Lee of Utah described her as “exceptionally qualified”, adding: “It is unusual that I see an individual who has been out of law school for this period of time who has accumulated this much experience.”

But the Leadership Conference of Civil and Human Rights opposed her confirmation. Its president, Vanita Gupta, described Mizelle as “woefully unprepared and unqualified to serve as a federal judge” and provided a list of her involvement in harming civil, LGBTQ, transgender and voting rights.

Gupta wrote: “This nominee has been put forward not only because she is an ultraconservative ideologue, but also because she is a Trump loyalist, having worked in the Trump Justice Department to dismantle many critical civil rights protections.”

She pointed out that Mizelle was an active member of the Federalist Society, which advocates for an originalist interpretation of the constitution and has spent decades working to shift America’s courts to the right. Mizelle is also an adjunct professor of law at the University of Florida Levin College of Law.

While decisions by a federal judge typically affect only the people involved in one case, judges can also issue so-called nationwide or universal injunctions that apply across the country, as happened on Monday.

Curt Levey, president of the conservative group Committee For Justice, said he supports Mizelle’s decision both on its own terms and as pushback against federal overreach on coronavirus safety regulations.

“Liberals are unhappy that a single federal judge was able to end this mask mandate, but they are simply reaping what they sowed,” he wrote in an email.

“The left’s hatred for President Trump led it to turn the federal courts into a national injunction machine that showed little deference to the executive branch or the limits on district court judges. Liberals now have to live with this new legal regime they brought about.”