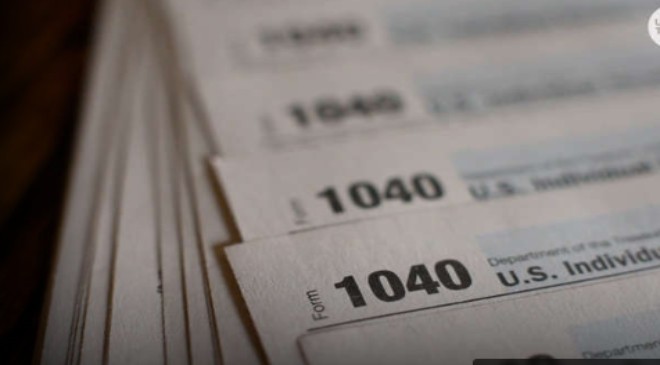 Tax Day is (finally) here. Here’s what to know.

Tax procrastinators, the jig is up: Monday, April 18, is the federal tax deadline.  Americans had an extra weekend to prepare their returns this year, thanks to the local observance of Emancipation Day in Washington, D.C., on the usual April 15 deadline. (Maine and Massachusetts residents have until April 19 due to the Patriots’ Day holiday in those states.) If you still haven’t filed, don’t panic: Here are some reminders and tips, plus instructions on how to file for an extension. If you have already filed, be advised that getting your refund could take longer than usual, as the IRS battles pandemic-related complications from last year.

Prefer to listen? Check out the 5 Things podcast:

After three mass shootings rocked the nation over the weekend, authorities in South Carolina and Pittsburgh were working to unravel the details behind the tragic events. Two minors were killed and at least eight other people were injured when gunfire tore through a party at a short-term rental property in Pittsburgh early Sunday morning, police said. No arrests were immediately reported. At least nine people were injured in a shooting at a nightclub in Hampton County, South Carolina, and 14 people were hurt when gunfire erupted at a crowded Columbia, South Carolina, mall, sending shoppers scrambling for safety. Nine people were shot and five people were injured while trying to flee the scene at Columbiana Centre mall, police said. A 22-year-old man was arrested and later released on house arrest in connection with the shooting. Two other men initially detained have been released from police custody.

Boston Marathon to be held for second time in  6 months

Monday’s 126th Boston Marathon comes only about six months after the 2021 race, which was postponed until October because of the coronavirus pandemic. It’s the first time since 2019 that the 26.2-mile race is being held on the state’s Patriots Day holiday. (The race was canceled in 2020.) It’s also the 50th anniversary of the first official women’s field in the race. Spectators can expect heavy security at the event, which comes nine years after two bombs exploded at the finish line, killing three and injuring more than 260, Police Superintendent-in-Chief Gregory Long said last week.

After two years of virtual Easter celebrations, the White House on Monday will open its gates to children once again to participate in one of its longest traditions, the White House Easter Egg Roll. This year’s events, themed “EGGucation” by first lady Jill Biden, include the egg roll, an egg hunt, a number of performances – even plans to turn the South Lawn into a school community with a variety of educational stations. The “egg-stravaganza” will get a celebrity splash through the participation of “Tonight Show” host Jimmy Fallon, singer Ciara and actor-singer Kristin Chenoweth. It’s the first Easter Egg Roll to be hosted by the Bidens, who are expected to address the crowd and join in some of the fun, although rain was in Monday’s weather forecast. The Easter Egg Roll extravaganza has been held nearly every year since 1878.

The NBA Playoffs continue Monday with three games where injuries will play a notable role. In the first game of the night, the Philadelphia 76ers will host the Toronto Raptors (7:30 p.m. ET, ESPN), with the latter possibly missing three key players due to injury. Raptors rookie Scottie Barnes, forward Thaddeus Young and guard Gary Trent Jr. have all been listed as doubtful for Monday’s game. And in the second game of the night, the Dallas Mavericks face the Utah Jazz at home (8:30 p.m. ET, NBA TV), and will likely be without star Luka Doncic, according to ESPN. The Golden State Warriors will host the Denver Nuggets in the final game Monday (10 p.m. ET, TNT). Warriors star Stephen Curry, who returned from a month-long injury absence Saturday, scored 16 points in 22 minutes in Game 1.