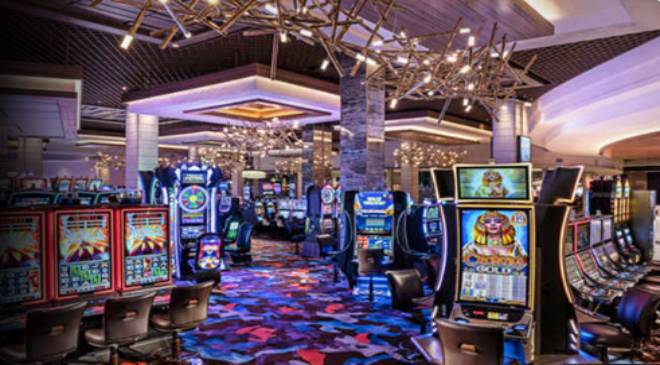 The biggest players in Las Vegas — Caesars Entertainment , MGM Resorts International , and Wynn Resorts — go broad intentionally. They want to lure as many tourists, businesspeople, and even locals to their megaresorts. Once inside, they offer specific experiences designed for more narrow audiences, but even those tend to be in very broad strokes.

That makes sense because Caesars, MGM, and Wynn have huge operations trying to serve the biggest audiences possible. Yes, they segment a bit by money (people who play more and spend more get more attention) but the big casinos essentially play the hits just like the headliners in their various concert venues.

Nobody shells out the big bucks to see Adele, Celine Dion, or Sting to have them not play “Rolling in the Deep,” “My Heart Will Go On,” or “Roxanne”, respectively. Sting might want to break out some deep cuts from his lute album, but in Vegas, he knows he has to play his Police and solo hits because that’s what the masses want.

MGM, Caesars, and Wynn want everyone to visit their properties and that means going big and broad. Now, a smaller casino operator has plans to go after a much more specific audience.

A Casino Aimed at the Latino Audience

The United States has over 60 million Latino residents making up 18.4% of the population, according to the U.S. Department of Health. Much of that audience lives in states that are convenient to Nevada (although Nevada does not make the list). That’s a huge audience that’s not directly targeted by any of the major casinos.

Now, a smaller Las Vegas casino operator has teamed with a Dallas sports-bar chain to develop the first U.S. hotel/casino dedicated specifically to the Latino community, the Las Vegas Review-Journal reported. Fifth Street Gaming, which owns several smaller casinos, as well as many other properties, will team with Ojos Locos to redevelop The Lucky Club Hotel & Casino near the Cheyenne Avenue exit of Interstate 15 in Las Vegas. Once it’s fully renovated it will be rebranded and feature the largest Ojos Locos Sports Cantina restaurant in the country.

“We are gratified to join together on this endeavor with Ojos Locos, a vibrant and growing brand which has, over the last 12 years, established itself as a national leader in providing authentic hospitality experiences to the Latino community,” Seth Schorr, CEO of Fifth Street Gaming, said in a release. “Their expertise, combined with our 15-year record of producing successful events designed for the Latino audience in Southern Nevada, makes them the ideal partner in this first-ever Latino-focused integrated gaming, dining, and entertainment venture.”

Once complete the property will feature a 10,000-square-foot casino, 10,000 square feet of indoor-outdoor entertainment space, and a restaurant that will be able to accommodate nearly 300 people. The hotel-casino will continue to offer a calendar of concerts featuring Latino artists, Mexican rodeos, and food festivals, the Review-Journal reported.

Ojos Locos (which translates to Crazy Eyes) has 18 restaurants in Texas, New Mexico, and Arizona. “Their sports bars are filled with high-definition televisions broadcasting Spanish-language sports shows,” according to the paper.

Peter Guzman, president of the Latin Chamber of Commerce, Nevada, expressed support for the venture as long as it’s done respectfully.

“We have grocery stores that are geared toward Hispanics, and there’s absolutely nothing wrong with it as long as it’s done with dignity, sincerity, and respect,” Guzman told the Review-Journal. “I think it’s good business, and the bottom line is that there will be some non-Hispanics going over there for the food and the culture as well, so I think it’s a perfect fit.”

The new property, which does not have a new name, expects to open by December.