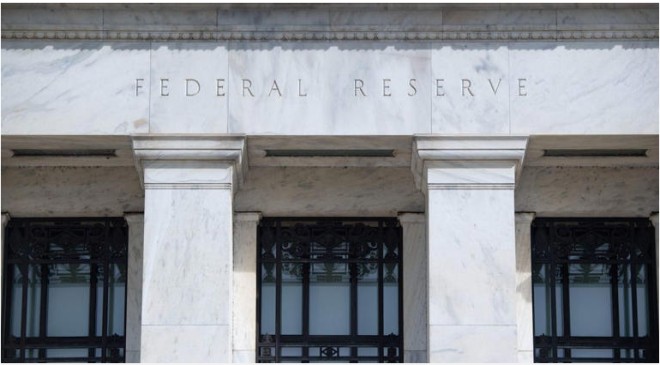 The minutes also left the door open to more than one half-percentage point interest rate increase and put outright sales of its mortgage bond holding on the table.

Stocks added to weekly declines Wednesday after the release of minutes of the last Fed policy meeting outlined plans to reduce the central bank’s record-size balance sheet at the fastest clip on record.

Fed officials want to reduce the balance sheet by $95 billion per month after a three-month phase-in, potentially starting in May, but have yet to make a final decision.

They also showed some support for half-point rate hikes at upcoming meetings if inflation remains high or gets even worse. Sales of its mortgage-backed securities holding, rather than only letting bonds run off its portfolio as they mature, also remained on the table.

“Right now it seems like a bit of a knee-jerk reaction,” he said by phone. “But I think it highlights the fact that investors are worried about inflation and higher interest rates, and the impact it’s going to have on an economy that’s not growing as fast as it was a year ago.”

The 10-year Treasury note yield climbed to 2.606% Wednesday putting it above the 2-year 2.5% rate following a brief period of inversion.

Expectations for a Fed road map to a smaller balance sheet were heightened by a speech on Tuesday from Lael Brainard, the Fed governor who’s been nominated to serve as the central bank’s vice chair.

Brainard backed calls for aggressive interest rate increases to bring down inflation, while signaling that the Fed was likely to begin shrinking the balance sheet after its next policy meeting in May.

“I think the shift in tone is notable in the past month or so in terms of what the Fed has said and also from general expectations of the market,” said Matt Stucky, senior portfolio manager at Northwestern Mutual Wealth, by phone.

Stucky said Wall Street had been gearing up for an initial, rapid $1.2 trillion to $1.5 trillion reduction of the Fed’s balance sheet, compared with its roughly $600 billion total decrease some four years ago.

Rising yields have put pressure on growth stocks, which are more sensitive to interest rates, with the Nasdaq slumping most among major benchmarks. It was down 2.6% for the week through Wednesday, while the Dow was off 0.9% and the S&P 500 was 1.4% lower since Monday.

Technology shares fell again on Wednesday, as investors rotated out of the sector with rising interest rates undermining their valuations. Chipmakers Nvidia and Marvell Technology fell further on Wednesday in particular.

Meanwhile, Deutsche Bank became the first big Wall Street bank to make a recession call, with its economists forecasting the U.S. and European economies to suffer such a downturn within the next two years.

The U.S. and fellow Group of Seven nations and the European Union also unveiled new sanctions on Russia on Wednesday, seeking to further punish Moscow for its invasion of Ukraine. The new measures include a ban on all new investment in Russia, as well as sanctions on two major banks, Russian President Vladimir Putin’s two adult daughters, and the wife and daughter of Foreign Minister Sergey Lavrov.

Top oil company executives were in the spotlight Wednesday, appearing at a House hearing on gasoline price gouging.

Which companies were in focus

How other assets performed