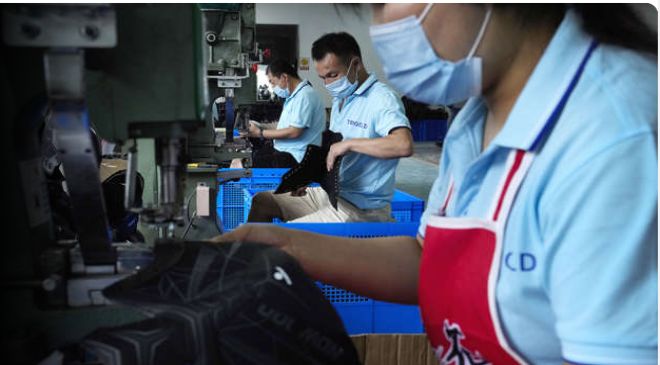 BEIJING (AP) — China’s manufacturing activity fell to a five-month low in March after most of Shanghai and two other industrial centers were shut down to fight coronavirus outbreaks, a survey showed Thursday.

The monthly purchasing managers’ index of the Chinese statistics agency and an industry group, the China Federation of Logistics and Purchasing, fell to 49.5 from February’s 50.2 on a 100-point scale. Numbers below 50 show activity contracting.

“Even if the outbreak is brought under control soon, it will still take a while for the economy to get back on track,” Julian Evans-Pritchard of Capital Economics said in a report.

Most businesses in Shanghai, China’s most populous city, have been ordered to close while millions of people are tested for the virus.

Access to Changchun and Jilin in the northeast has been suspended, forcing automakers and other factories to shut down. Restrictions also have been imposed on some smaller cities.