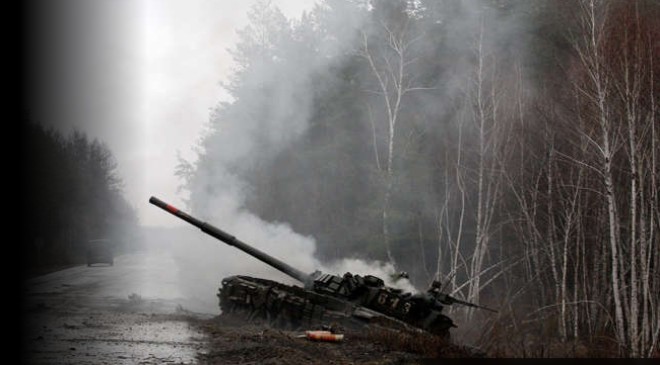 Some of Russia’s armed forces have reportedly been reduced to using machine-gun mounted pickup trucks in Ukraine, an attack vehicle popular with Jihadi militants in the Middle East.

In a video shared on social media on Monday, a small caravan of six Mitsubishi and Toyota pickup trucks, outfitted with heavy machine guns and marked with the letter “Z,” can be seen reportedly driving around in Mariupol.

The guns mounted in the truck beds could be .50 caliber heavy machine guns that are typically mounted on tanks.

Machine-gun outfitted pickup trucks are closely associated with Jihadi terrorist groups fighting in the Middle East and not often with the armies of developed nations.

The Islamic State has used Toyota Hilux pickups, similar to the Toyota Tacoma sold in the United States, in battles throughout Iraq and Syria. It has also been featured by ISIS in propaganda videos.

When the Taliban rolled into Kabul in August 2021, many of their fighters rode in on pickups modified with gun attachments, photographs show.

Al Qaeda groups in Syria, Yemen, and Afghanistan have also been seen operating these sorts of modified trucks.

The terrorist group Hezbollah has been photographed in Lebanon with pickup trucks mounted with anti-aircraft guns, much larger than the weapons seen on the pickups in Ukraine.

Russian armored vehicles in Ukraine have suffered heavy losses since the invasion began on Feb. 24. Many images have been shared on social media reportedly showing Russian tanks and armored vehicles broken down on the side of the road or stuck in the mud.

As of Monday, the Ukrainian Armed Forces claims to have destroyed 586 Russian tanks and 1,694 armored personnel vehicles.