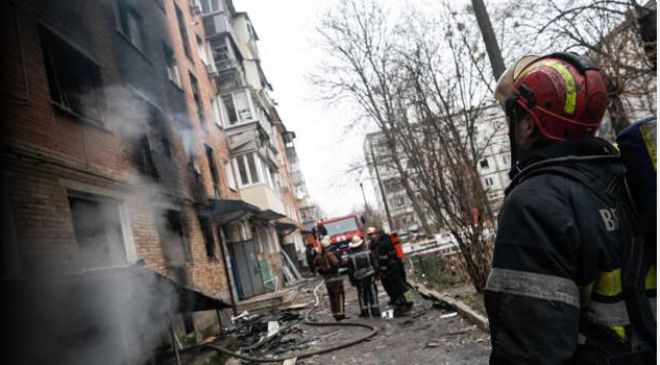 The U.S. can best support Ukraine by providing it with weapons, planes and parts to defend its airspace rather than establish a no-fly zone, a U.S. Air Force expert told Fox News Digital.

“[The Ukrainians] are fighting with basically two very large feathers in their cap: one is the munitions we’re providing them and the other is the morale that they can sustain on their own,” said John (JV) Venable, a veteran Air Force commander and senior research fellow at the Heritage Foundation.

“By giving them the right weapons, we boost their morale, we give them wins, we allow them to bloody Russia’s nose and make this a very costly endeavor.”

Ukraine’s staunch defense of its airspace has helped keep its armed forces on a more even battlefield against Russia. Experts remain surprised one month into the war that Russia has yet to establish clear control of the skies over Ukraine and that Ukraine has appeared to drag Russia into a stalemate.

“Ukraine has been effective in the sky because we operate on our own land,” Yuriy Ihnat, a spokesman for the Ukrainian Air Force, told The New York Times. “The enemy flying into our airspace is flying into the zone of our air defense systems.”

Ukraine’s airspace remains a topic of intense debate as President Volodymyr Zelenskyy and his fellow politicians continually appeal for a no-fly zone enforced by NATO. Some experts calculate that Ukraine has roughly 55 operational fighter jets remaining, and that number continues to dwindle.

But American politicians remain divided over supporting a no-fly zone, with President Biden arguing that such action would essentially drag the U.S. and its NATO allies into direct conflict with Russia. That hesitancy has also held the U.S. back from providing planes to Ukraine, with some reports that the Pentagon rejected Poland’s plan to provide Ukraine with MiG-29 fighters.

Venable told Fox News Digital that the U.S. needs to double down on supplying Ukraine with the necessary tools to push back Russia – especially in the air.

“The weight that people are talking about – they don’t understand how much this would take and how very involved we would become right away,” Venable, who commanded the largest combat group in the U.S. Air Force in 2004 and 2005, explained regarding a no-fly zone. “This is not a matter of will; it’s a matter of judgment, and we can do a lot of things that are more effective other than … getting into a fight with a nuclear-armed Russia.”

Venable stressed that the javelins and stinger missiles provided to Ukraine by NATO allies have proven to be the most effective weapons, but he argued that planes provide more than just combat effectiveness.

The Ukrainians have employed three fighters in their conflict with Russia: The MiG-29, the SU-27 and the SU-24. The limited number of planes Ukraine has at its disposal – roughly 30 of the SU-24 – take damage even in the most successful maneuvers, so providing the planes would allow Ukraine to stop cannibalizing other planes for spare parts.

But, perhaps most importantly, the planes provide a significant morale boost for ground forces.

“To allow them to continue pushing those sorties forward is a big feather we can put in their hat,” Venable said. “When I tell you that the MiG-29s are less effective, I mean that – with one exception … Any time you hear a friendly fighter or see one of your own birds flying overhead, and you’re in a firefight, it gives you a surge of energy.”