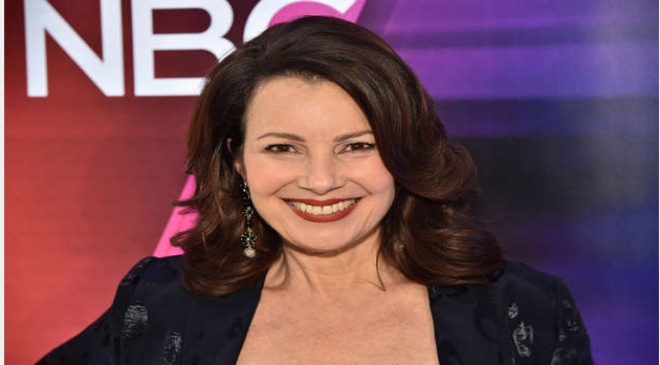 Cancer Survivor Fran Drescher Says This Was Her First Symptom

Fran Drescher may be best known as Miss Fine on the wildly popular ’90s sitcom The Nanny, but she’s now grabbing the spotlight for an entirely new reason. While you may remember “the flashy girl from Flushing” for her outrageous outfits or her signature laugh, she’s speaking up about a topic that’s far from funny. In 2000, Drescher was diagnosed with uterine cancer, a gynecologic disease that affects over 65,000 women each year. Since then, she’s thrown herself into the role of health advocate, writing a bestselling book about her battle with cancer and founding a nonprofit that’s working to save lives through prevention and early detection. Read on to see the star now, and to hear how her experience galvanized her in the fight against our healthcare system’s flaws.

Drescher says she knew something was wrong when she began spotting between periods.

In 2018, Drescher noticed a surprising symptom that would launch a two-year investigation into her health: she was bleeding and spotting between periods. The actor consulted eight doctors about her concerns, and was misdiagnosed with a perimenopausal condition that required hormone replacement therapy (HRT).

The HRT treatment worsened her symptoms, which pushed her to explore other possible explanations. In June of 2000, after an endometrial biopsy, she was diagnosed with Stage I uterine cancer.

She’s been extremely open about her battle with cancer.

At first, Drescher kept her diagnosis private, but that didn’t last long. “I was outed by the tabloids,” Drescher told Cancer Connect. “There was no recovering and keeping it under the rug and going back to normal. I had to develop a new normal,” she explained.

For Drescher, this entailed writing the New York Times bestselling book Cancer Schmancer and founding a nonprofit organization by the same name. The organization takes a three-pronged approach to patient advocacy: prevention, early detection, and larger-scale policy changes. “When you’re a celebrity and you’ve had cancer I think it’s your obligation to lead,” she told Cancer Connect. “I feel like I got famous; I got cancer; I lived to talk about it.”

In that spirit, the actor has shared her own story on the organization’s website. “I am a uterine cancer survivor, but was misdiagnosed and mistreated for a perimenopausal condition I didn’t have,” she wrote. “My doctors told me I was experiencing symptoms because of a long list of reasons—I was too young, too thin, even eating too much spinach!” she said. “My doctors didn’t order the proper diagnostic tests. At the time, I didn’t know to ask why or why not… I felt betrayed not only by my own body, but by the medical community,” said Drescher.

Drescher sees healthcare as one of the most important issues of our time.

The actor now views healthcare—and especially women’s healthcare—as a crucially important issue of our time. “Like women before us fought for the right to vote, we must now fight for our rights as healthcare consumers,” Drescher told Cancer Connect. To her, this means demanding more accountability from healthcare providers and better education about women’s health issues.

The TV-star-turned-advocate is also calling on women to become more active participants in their own healthcare, as a way of transcending the system’s current flaws. “The very word ‘patient’ implies passivity,” Drescher said. Challenging that notion of patient as passenger—simply along for the ride—she said: “You are like a soldier on the frontlines, there’s no room for that. You have to be proactive, or you’re going to die.”

She says she “missed out” on having kids because of her cancer.

Drescher underwent a full hysterectomy as part of her cancer treatment, a procedure which left her unable to carry children at the age of 42. “I think I would have been a good mom,” she told The Cut in 2020, “and sometimes I think I kind of missed out on that.”

That said, the star chose her surgery with eyes wide open, and now encourages other women to make similarly well-informed health choices for themselves. “If you are a cancer patient or [were] just diagnosed with cancer, you may, undoubtedly, be very frightened. I know that I was,” she told the site Survivor Net. “Become educated so that you can see what all of your options are. Because the best decision you make is an informed decision,” Drescher said.