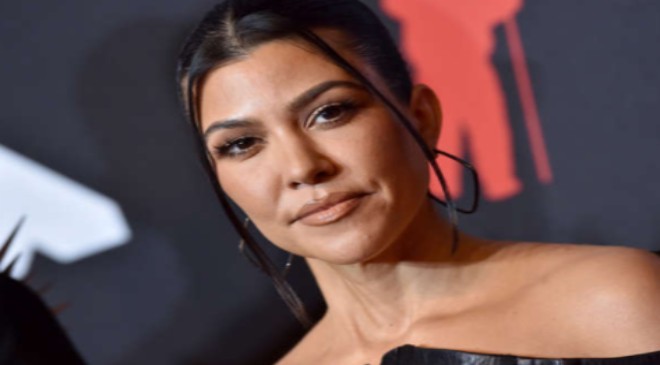 Modern family! The Kardashian-Jenners come from a big brood and have only added to their ranks over the years.

Kourtney Kardashian was the first among the siblings to welcome a child when her eldest son, Mason, arrived in December 2009. Kim Kardashian followed in her footsteps, as did younger sisters Kylie Jenner and Khloé Kardashian.

The Poosh founder was dating Scott Disick when she gave birth to their three children, but they eventually broke up. However, their post-split parenting dynamic paved the way for others in the family who found themselves raising kids alongside their exes.

Khloé, for one, revealed in July 2019 that she modeled her relationship with on-off boyfriend Tristan Thompson after her Keeping Up With the Kardashians costars’ kids-first mentality. “I definitely take a lot of learning [and] tips from Scott and Kourtney,” she exclusively told Us Weekly at the time. “They do such a seamless job at it, but I’m still … fresh.”

Disick subsequently shared why he and Kourtney vowed to keep things civil. “The truth is, my problems shouldn’t affect the kids,” he explained to Us. “Just because their mother and I couldn’t make it as a perfect, romantic couple shouldn’t have anything to do with the kids. They don’t deserve our mistakes, so we figured out a way.”

The Flip It Like Disick star added: “We still need to be as honest and as good to each other as if we were together. Let’s raise these children together and that’s it. We live a few miles apart and it’s simple.”

Kim, for her part, has been relatively tight-lipped about her split from Kanye West, but she was adamant in June 2021 that they are a united front when it comes to their kids.

“We have an amazing coparenting relationship, and I respect him so much and I think we’ll have — I will forever be Kanye’s biggest fan,” the Skims founder said during the Keeping Up With the Kardashians reunion, three months after she filed for divorce. “He’s the father of my kids. Kanye will always be family.”

As for Kylie, she raved about her “great” dynamic with Travis Scott in her March 2020 Harper’s Bazaar cover story.

“We’re, like, best friends,” the Kylie Cosmetics founder raved of her on-again, off-again boyfriend. “We both love [daughter] Stormi and want what’s best for her. We stay connected and coordinated. I think about [my parents, Kris Jenner and Caitlyn Jenner], in situations with Stormi, what they would do. They were very hands-on with me, and I want the same for Stormi.”

Scroll through the gallery below for everything you need to know about the men the Kardashian-Jenner sisters share kids with:

Kourtney and Disick began dating in 2006 and had three kids together during their romance: son Mason in December 2009, daughter Penelope in July 2012 and son Reign in December 2014. After they split in July 2015, the pair remained close friends, even as they moved on with other people. He also continued to film Keeping Up With the Kardashians with his ex and her family.

Kim started seeing her longtime friend West in 2012. Their first child, daughter North, arrived in June 2013, and they tied the knot in May 2014. The KKW Beauty founder gave birth to son Saint in December 2015, but the duo opted to use a surrogate moving forward due to her past pregnancy complications. Daughter Chicago and son Psalm made their debuts in January 2018 and May 2019, respectively.

Kim filed for divorce from West in February 2021 after six years of marriage. His move to Wyoming while she and the kids stayed in California contributed to their split, but they have reunited since the breakup to spend time together as a family.

Khloé first sparked dating rumors with the NBA player in August 2016. While she was pregnant with their first child, news broke that Thompson cheated on her with multiple women. However, after she gave birth to their daughter, True, in April 2018, they chose to stay together. They ultimately split in February 2019 after he was caught “making out” with Kylie’s then-best friend Jordyn Woods.

As they continued to coparent, Us exclusively revealed in March 2020 that they were quarantined together amid the coronavirus pandemic. Us confirmed in August of that year that Khloé and the athlete were back together, but their reconciliation was short-lived, as they called it quits again by June 2021.

Thompson is also the father of son Prince with ex Jordan Craig.

Kylie and the rapper went public with their relationship in April 2017. She gave birth to their daughter, Stormi, in February 2018 after keeping her pregnancy quiet.

Us confirmed in October 2019 that the twosome were taking a break from their romance. However, they kept everyone guessing about their status from then on.

Us reported in August 2021 that Kylie and Scott are expecting their second child together. She confirmed the news the following month.

The pair welcomed their son in February 2022, and while his name was originally announced as Wolf, the pair backtracked a month later. “FYI Our sons name isn’t Wolf anymore,” Kylie shared via her Instagram Story in March. “We just really didn’t feel like it was him. Just wanted to share because I keep seeing Wolf everywhere.”