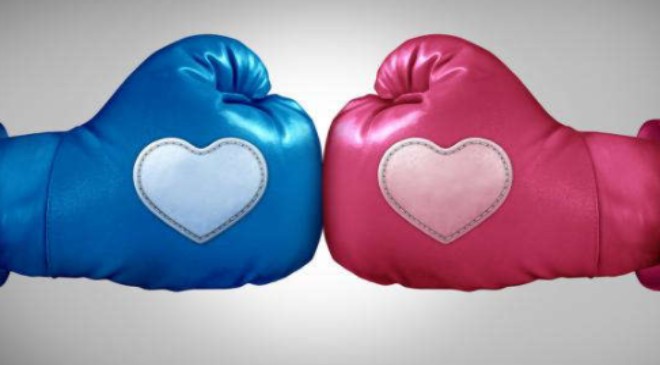 If you follow any astrology meme accounts, you’re probably convinced that all Pisceans are hot mess space cadets, Sagittarians are soapboxy zealots, and Scorpios are scary as hell. Every sign is subject to overgeneralized, often negative stereotypes in the world of quippy tweets and speedily scrolled-through memes. Those born under the cardinal fire sign Aries are often pegged as immature, impetuous, and self-centered.

But let’s be real: Every sign has its strengths and weaknesses. Annually, Aries, ruled by Mars, the planet of action, and symbolized by the Ram, kicks off not only springtime but a whole new astrological cycle, serving as the ultimate go-getter.

Those born approximately between March 19 and April 19 — or who have other Aries placements in their birth chart — are innately athletic and wired to go into battle — whether that’s to achieve social justice, to beat their own best time at that half-marathon, or to “win” their case in an argument over which Netflix show is most worthy of a binge session. They’re the person most likely to broach a contentious subject at a party in an effort to stir debate. After all, Aries see argument as pure recreation — well, as long as they’re declared the winner in the end. These characteristics reflect themes covered by the First House of Self, which oversees the physical body, your appearance, early life/childhood, and your outward temperament.

If you’re similarly free-spirited, action-oriented, speedy, and active, you’ll likely click with an Aries. (It also bears noting that your sun sign is just one piece of a really complex, nuanced puzzle known as your natal, or birth, chart, which is worth glimpsing over to see which house Aries rules and if you have any planetary placements that connect with the mutable water sign.)

Here, is Aries’ compatibility with all 12 signs of the zodiac.

Two fiery, dynamic, athletic Aries might make the best, most kickass duo ever, up for whatever — from impromptu travel to a doubles match — at the spur of the moment. But because both have a tendency to be rather me-centric and competitive, this is also a pairing that could prove to be too hot to handle.

Fixed earth sign, Taurus, is semi-sextile, or one sign apart, from Aries, which makes for a little uneasiness. Preferring to move through life slowly, soaking up information through all five senses, and possessing a long fuse, the Bull might find the Ram way too fast-paced, while the Ram could be frustrated by the Bull’s plodding pace and preference to stick to tried-and-true experiences over new ones. But if they’re open to seeing the world through one another’s lenses, Aries can help Taurus get out of any ruts they find themselves in while Taurus can show Aries how to slow down and be more present.

Aries and Gemini, the mutable air sign, are classically compatible (traditionally, air and fire signs get along well), forming a friendly sextile, which means they’re two signs apart. The Ram and the Twins sync up around the fact that they’re both fans of doing things speedily, playfully, and in a carefree way. Together, they’ll plan spontaneous road trips, see and be seen at their favorite team’s game, or throw a party their whole social network will want to be invited to

Cancer, the cardinal water sign, and Aries are square, or three signs apart, from one another, which can be a challenging — or in the best case scenario —  activating angle. Both cardinal signs are big-picture thinkers who excel at initiation but might need a bit of hand-holding when it comes to follow-through. They can join forces and take on sweeping projects in a bold, take-charge way. But while both are natural-born leaders, Cancer’s sweet, thoughtful sensitivity could conflict with Aries’ fiery, fast-paced competitive M.O. Respecting one another’s emotional process is integral to getting on the same page.

Leo, the fixed fire sign, and Aries are trine, or four signs apart from one another, which is usually a pretty harmonious angle. Both fire signs are adventurers who are driven to make big moves to ensure their ambitious visions become a reality. They’re also similarly competitive and prefer to move through life quickly. However, because they can both be domineering and set on calling the shots, they’ll need to learn how to take turns to ensure harmony.

Virgo, the mutable earth sign, and Aries are quincunx, or five signs apart, which is an awkward, confusing angle. While Aries is impulsive and competitive, Virgo is overthinking and sensitive, so it could feel like they just don’t have much of anything in common. However, Aries does respect Virgo’s ability to organize and create structure, while Virgo might find Aries’ ability to act then think mesmerizing, so they might very well end up inspiring one another.

Libra, the cardinal air sign, is six signs apart from Aries, which is called an opposition. This pair will either feel like they’re two sides of the same coin or as though they’re speaking completely different languages. Ruled by Mars, the god of war, Aries are wild about competition and will strike up fights for fun while Libras, ruled by harmony-loving Venus, shy away from any kind of conflict at all costs. But both are fun-loving initiators, so if they’re willing to make space for the other’s polar opposite nature, they can make a dynamic team.

Aries is quincunx, or five signs apart, from fixed water sign Scorpio — one of the quirkier, more awkward angles in astrology. The main thing these two share is their ruler: fiery, action-oriented, dynamic Mars, which means both have no problem going after what they want but also losing their tempers (Scorpio usually in a terrifyingly cool, calculated way and Aries in a spontaneous, screamy way). If it’s a love match, Aries is lighthearted, playful, childlike, and somewhat immature, while Scorpio is anything but, seeking intense intimacy, devotion, and transformation. That said, these two could spark quickly and then realize it’ll take a good deal of work to stay in sync.

Sag, the mutable fire sign, is trine, or four signs apart from Aries, which sets the stage for one of the most natural, pleasurable, well-matched pairings in the zodiac. The Ram and the Archer are both action-oriented, easily fired-up, and exuberant about getting the most out of life. The only spot where they might clash is in terms of pace. Aries is impulsive, speedy, and sometimes prefers shortcuts while the Archer wants to gather information, ask tough questions, and get philosophical. But in general, these two fire signs make for a dynamic duo.

Capricorn, the cardinal earth sign ruled by taskmaster Saturn, is three signs apart from Aries, forming a square — one of the most tense, albeit most activating angles, in all of the zodiac. Both go-getters who love to take the initiative on challenging projects, this is the power pair who’ll have no problem moving mountains when they get together. But Aries’ M.O. is to take on every challenge speedily and furiously while Cap would prefer to take it one practical step at a time. If they can get their pacing in sync, they’ll be unstoppable.

The fixed air sign Aquarius is two signs apart from Aries, which forms a friendly sextile, making for a friendly, easygoing bond. Both are free-spirited, independent, and driven to achieve in their own way. But because Aquarius tends to be a bit more of a people person than Aries, and Aries is often more open-minded, there’s a lot they can learn from one another. The Ram person will be quick to jump on whatever massive undertaking the two dream up while the Water Bearer can ensure follow-through.

Mutable water sign Pisces is semisextile, or one sign apart from cardinal fire sign Aries, which can be rather awkward. Aries is an independent self-starter who’s driven to achieve, and Pisces goes with the flow, preferring to see what the tide brings. Aries would prefer to deal with matters that are right in front of them while Pisces can’t help but be intensely aware of subtext, psychological matters, and underlying emotions. It’s the push-pull between the very first sign of the zodiac and the very last. But if the two are open to seeing one another’s perspective, Ram can help Pisces self-motivate and Pisces might inspire the Ram to slow down and tap into their intuition.

Whether you’re feeling confident or freaked out at the moment, remember that no matter how compatible — or not — you seem to be with your partner or potential love match, sun sign compatibility is just one small piece of a larger puzzle. You can get the most accurate idea of how you match with a partner by looking at your entire natal charts. (Running a synastry report on a site like CafeAstrology.com or doing a reading with a professional astrologer can offer the most accurate, individualized insight.) And if you’re ever tempted to take a swipe at Aries as childish and argumentative, check out your own birth chart, which is divided up into 12 houses, each ruled by one of the 12 signs. Everyone — yes, even you —  has some hotheaded Aries energy in them.