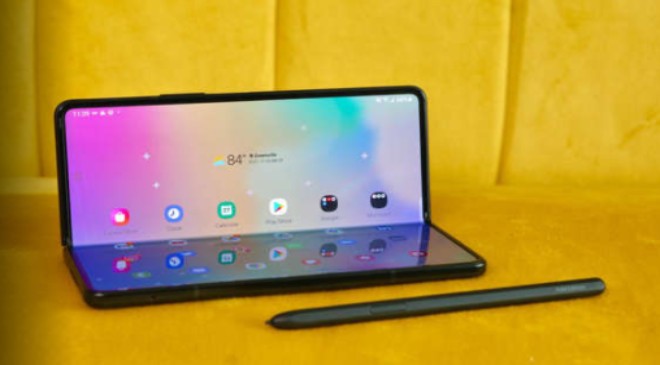 Samsung’s tablet-size foldable phone, the Galaxy Fold 3, is the most recent bendy phone from the company, alongside the clamshell Galaxy Z Flip 3. But 2022 will likely bring more foldable smartphone upgrades in the form of a rumored Galaxy Z Fold 4. As we wait for the next foldable phone’s arrival, we’re collecting the most credible rumors to piecing together what could be in store.

Here’s what we’ve heard about the Galaxy Z Fold 4 so far, in terms of price, new features and possibly specs. We’ll be updating this story as new information becomes available.

There’s no doubt in our minds that the Galaxy Fold lineup represents a remarkable showcase of technology and innovation. But there’s just one thing: Samsung’s top-of-the-line foldable isn’t inherently practical like, say, the Galaxy Z Flip 3 or even the Galaxy Note series. For example, there was no slot for the S Pen in the Galaxy Fold 3, and based on rumors, there won’t be a holder for the S Pen either in its successor. For those who use it, you’ll still have to find a way to safely bring along your Samsung stylus.

We’re crossing our fingers that the leakers got this one terribly wrong. We’d love to see a holder in the Galaxy Fold 4 or, even better, perhaps see a way to magnetically attach the S Pen to the Fold 3’s hinge the same way you can attach an Apple Pencil to an iPad Pro.

Samsung introduced a fingerprint sensor to its foldable phone via the Galaxy Fold 3, where it’s located on the right side of the handset. Accessible whether the device is folded shut or opened up, it also doubles as a power button.

However, that fingerprint reader may be on the move, according to Dutch publication Lets Go Digital, and may be placed under the screen instead. The Dutch publication referred to a patent Samsung filed in March last year to back up the claim, saying the company plans to process the fingerprint reader in such a way that it can be used as a double-sided fingerprint sensor that can be used on the cover screen (when the handset is folded shut), as well as when it’s unfurled to a tablet-size device. On the cover screen, it can apparently be used from the center bottom of the display, and when unfolded it’ll be on the center bottom of the left screen, the report says.

Cameras: Galaxy Z Fold 4 will have under-display cameras on cover and interior screens

The Galaxy Fold 3 also debuted an under-display camera to Samsung’s lineup of foldables. It’s located under the large internal display, and is one of five cameras on the device. According to rumors, Galaxy Fold 4 will also rely on five cameras, but there will be two under-display cameras this time around, at least according to one Korean leaker, who goes by the handle yeux1122.

This is another rumor I hope is inaccurate (unless Samsung drastically improves its tech) since the Galaxy Fold 3’s under-display camera was its weakest link, camera-wise. According to a review of the Galaxy Fold 3 by CNET’s Patrick Holland, indoor selfies taken with it looked “highly processed” and even outdoor snaps in good lighting didn’t look much better.

Many of the big-name foldables on the market today are available for closer to $2,000, putting them well beyond the budget of the average shopper. If Samsung and its rivals want their bendy devices to break into the mainstream in a big way, one major thing that’ll need to change is the price. And that may be happening, if rumors are accurate.

According to that same Korean leaker, the price of the Galaxy Fold 4 will come down. The leaker didn’t provide more details. Going by the Fold lineup’s track record, there’s a reasonable chance that the Fold 4 won’t induce as much sticker shock as some of its predecessors. Although the Fold 3 is the most expensive phone Samsung has released this year, it still got a welcome price drop compared with last year’s Fold 2 and the original 2019 Fold. The Fold 3 comes in at a starting price of $1,800 in the US, which is a welcome $200 price cut from the Fold 2’s launch price. In the UK the Z Fold 3 will start at £1,599 for the 256GB variant, while in Australia it’ll start at AU$2,499. The Z Flip 3 meanwhile saw its launch price slashed by nearly $400.