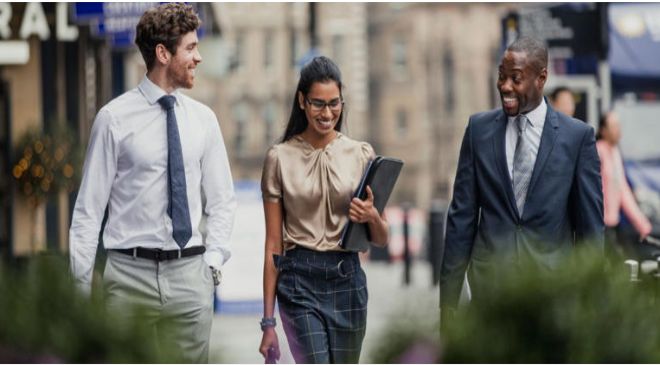 Recently, I received a pitch with this hook: “Employees may have the upper hand right now amid the Great Resignation, but the pendulum will eventually swing back in the other direction.” Of course, the pitch was a pass for me. The notion prescribed by the pitch’s author is exactly what led to and continues to fuel the Great Resignation–toxic work environments, created by employers who believe in transactional relationships with their employees, and who likewise hold that stakeholder value can be created when they achieve advantage over those who work for them. It’s an outdated, old-school approach that is well past its expiration date.

Today’s employees do not want to work for people who believe things like this and/or act this way. They don’t want to plot against their employer for leverage. That’s exhausting and counterproductive. They do want to work in transparent, collaborative environments and for people who value their contributions and compensate them fairly for the part they play in the organization’s overall success. Evidence the fact that some 60% of respondents in a May 2021 YPulse survey said that “Working for an organization where their voice can be heard” was “very important” when thinking about their future and career. The employers who have successfully created these open, supportive environments are not struggling during the “Great Resignation,” nor are they wasting time scheming for some far-off day when they might get even with those their own success relies upon. Instead, they are attracting the good people who are leaving bad employers.

Read More: An Alternative to Traditional Crowdfunding You Can Use to Fund your Startup

In fact, a recent Limeade study of 1,000 U.S. based full-time employees found that among those who left businesses for other companies, 31% said they were attracted by “Better Management,” with another 29% citing “Better Company Reputation.” Being the sort of place that people want to work isn’t that hard. The object of the game is not to gain the upper hand over the people who work for you. The goal is to create a culture that seeks, as its goal, improved lives for everyone in the organization, not just those who run the place.

INC. TODAY’S MUST READS: How to Stay Innovative During Times of Uncertainty

Doing so requires a shift from a zero-sum mentality, which creates factions among those on the same team, who subsequently compete for what are viewed as finite resources, to an abundance mentality–a sort of rising tide raises all boats way of thinking that says, “It’s possible to make the available pie bigger, and when that happens, there will be more for all of us.” The former is typically experienced in just about every management-union interaction everywhere. It’s premised on the notion that for me to win, you must lose. The biggest problems with this way of thinking are: 1) it’s a fallacy, and 2) it pits people on the same team against one another, instead of those they should actually be competing against. It’s also more than a small part of what’s fueling the “Great Resignation”–the voluntary departure of some 28 million employees from the workplace between April and October of this year. People are leaving because they don’t want to compete with their bosses for a dwindling resource pool. They want to participate, with their leaders, in building an expanding enterprise which improves the lives of everyone in it.

Almost no single change will have a greater positive impact on the culture and operational results of a business than making it so that when the goals of the organization are achieved, the lives of every person in the organization get better. And when I say everyone, I mean every single person who works in it. Resist the temptation to declare any associate or group of them non-essential. Anyone truly non-essential shouldn’t be working for you. Anyone employed in your business is (or should be) working toward the attainment of your goals. The best leaders of small and medium enterprises know this. They also know that for people to engage in the attainment of goals, they must care about the attainment of goals.

When people have no financial or other interest in the achievement of a company’s goals, those goals barely register on their give-a-damn index. Their scope of engagement extends to a house payment, two car notes, food, clothing, tuition, presents from Santa, and maybe a vacation each summer. But the company’s sales goal? Not so much. Unless record earnings in the company translate into record earnings in the households of every person in the company, no one cares … except those who get paid to care and those who own the place. But when people know that the realization of company targets will result in more of something of value for them in their lives, the entire calculus changes. All of a sudden, what once seemed impossible becomes feasible, as ordinary people begin routinely accomplishing the extraordinary. Best of all, it’s entirely a self-funding proposition.

Instead of asking if you can afford to share the profits of your business, ask yourself if you can afford not to. 10% of what you don’t have will always be zero. But to give away a small part of something you’ve never had because people are motivated to go get it for you? That’s a trade-off of an entirely different kind–one I’d make seven days a week and twice again on Sundays.

That’s because I believe in the multiplicative power of the collective “we.” When entire groups of people are aligned around common goals and sufficiently motivated to achieve them, the possibilities become nearly limitless. These are not organizations that people leave on a whim. These are organizations where people describe what they are doing as “important” and as “bigger than themselves.”

That’s because it is. It’s something that matters to every single person who works there. And it’s about making the lives of those people better. No one in their right mind is going to resign from that.