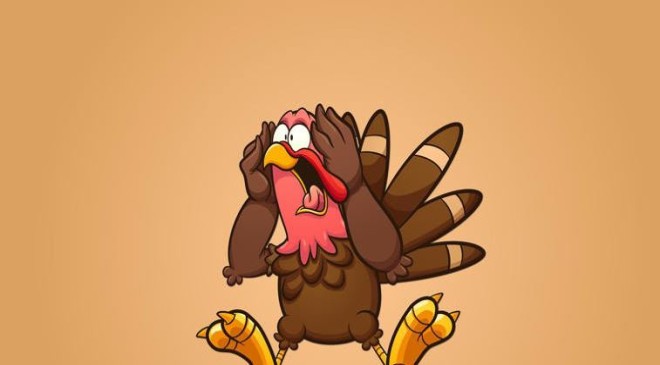 Government stimulus for consumers navigating the Covid-19 economy is ending. The Federal Reserve is about to begin raising short-term interest rates and has been curtailing its bond purchases, increasing long-term rates, all to fight inflation. Even with a rapid GDP growth rate, it’s no stretch to look ahead to the next recession.

From the March 2020 pandemic bottom through February 2021, stocks went up all the time when the Federal Reserve and Republican-Democrat Regime decided to pump trillions of money through the economy via monetary policy and fiscal spending. The thing was that the Fed had already been operating on emergency measure status since 2008 — it never stopped.

For the last two decades-plus that I’ve been writing about the markets, I’ve always pointed out that the U.S. has been the cleanest among the fiat-currency, debt-driven economies that dominate our planet’s developed countries. That enabled our government to do almost anything, including borrowing trillions while lending itself trillions of dollars, funding trillions of dollars into unwinnable and unending wars, creating halfway socialized health-care policies written by the health-care companies themselves, creating endless loopholes and subsidies and outright welfare programs for giant corporations, bailing out banks with trillions of dollars during the Great Financial Crisis, changing the Federal Reserve system so that it could also lend trillions of dollars to the largest companies in the world through “emergency” corporate-bond-buying programs and so on.

When you think about the waste and unfairness of the U.S. system, it’s shocking that it’s been the cleanest shirt in global laundry. Our system, for all its faults, enables individuals to create and profit from companies that literally change the world and dominate its internet and technological systems. That’s how bad other countries’ economic, civic, criminal and defense systems are.Have a plan

But I’ve also always talked about the cycles that are inherent in any economy and how we as investors need to have a plan to navigate them. The last time the U.S. faced a real recession, I used comedic sketches on my Fox Business TV show to highlight how crazy it is that our system tries to prevent the cleansing of the economy that comes with downturns:

We need downturns and recessions to wash out the excesses, the zombies and the frauds. And remember that stocks and economies don’t always move in sync — sometimes, you can have huge bull market runs in recessionary times and you can have horrendous bear markets during booming economic times.

Earnings drive the prices of stocks over time, though, and it’s OK that there will be downturns in earnings and GDP, hopefully for short periods. These cycles, in both the economy and the stock market, go faster and should be shorter (if the government would stop stopping downturns) than ever before in the history of the planet as our real-time Kurtzweil-rate-of-change movement of information and money keep the economy moving as it never has in any other period of history.

But maybe the Republican-Democrat Regime, the banking system and the Federal Reserve pushed our clean-shirt advantage too far with all the waste listed above.

Maybe instead of washing out the excess, we’re seeing the government and its tools go all-in when the casino mighty be running out of money. I suppose we’re still by far the cleanest shirt in the economic dirty laundry but we shouldn’t assume that we always will be.

It’s possible this downturn will be quick. On the other hand, there are are so many trillions of dollars in losses that need to be doled out to wash out these crappy cryptos, to wash out the many weak companies that are out there and even to lower valuations of good companies that have recently raised money at sky-high prices.

The excesses of this recent bubble in technology startups and cryptos are starting to end, and that’s a good thing, but it’s also going to be painful for companies that serve those industries and even for giants such as Apple Inc. Cisco Systems Inc. or Broadcom Inc. that have been benefiting from the juiced-up spending that is now ending.

If the economy has benefitted from the bubbled-up valuations, then the economy will hurt from a downturn in valuations. The economy is probably following the markets and not the other way around. So going back to the Kurtzweil Rate of Change being so quick, if and when these markets do get a chance to reset and we get back into a growth phase, it will be the markets that turn up first, not vice versa.

Can the Fed raise rates to fight inflation as the economy is just starting to turn into a recession? Yes, it probably has to, and the sooner it does, the quicker the pain (and the recession) will themselves recede as the excesses are washed and the real economy can get back to growing and the wealth of the population can grow.

Clearly, with hundreds of stocks down more than 50% and many of those being down 80%-95%, some of this needed refresh has been priced into the markets. There’s still a bifurcation between the broader indices and the carnage beneath them in these crushed individual stocks but I worry that the most likely way that gets resolved is that the crushed stocks sort of fade away while the broader indices churn a bit lower for a while.Cash on the sidelines

That would make the environment, especially the trading environment, tough for bulls and bears alike. Lately, it has been easy for the shorts and the bears but bear markets are famous for their vicious counter-cycle bull rallies and we might be getting closer to one of those.

I’m going to start buying some of these dips a bit more aggressively than I have been, but I’m still far from drawing a line in the sand. Long-term investments are what make big money over time and I am going to nibble my favorite longs, such as Intel Corp. and Uber Inc., maybe about 10% as much as I want to own. I’m going to nibble smaller tranches in our other names including Meta Platforms Inc. Kyndryl Holdings Inc. Unity Software Inc. and Wayfair Inc.

But I’m keeping plenty of cash on the sidelines ready to buy more over coming weeks. I could, of course, be wrong and stocks could rocket right back to new all-time highs, or they could tank 5%-10%, taking the names we’re nibbling down with them. I’d nibble some more then,  but still probably not get aggressive.

Long-time subscribers have seen me get wildly bullish in the midst of nasty sell-offs and those moves have worked very well as we were within the long-term Bubble-Blowing Bull Market. We are now Post-Bubble-Blowing Bull Market and that kind of 12-year scenario is unlikely to be reconstituted given the current constraints that the economy, geopolitical events and the coronavirus are putting on the Bubble-Blowers here.

The economy, the markets and most all of our stocks will be fine and will probably do quite well from here when you look back in five or 10 years. But it’s not going to be clear sailing for a while. We adjusted all last year for this and now we will continue to navigate it as the world controls the pitches, not us. Careful, but not scared. Opportunistic but not greedy.

Cody Willard is a columnist for MarketWatch and editor of the Revolution Investing newsletter. Willard or his investment firm may own, or plan to own, securities mentioned in this column.