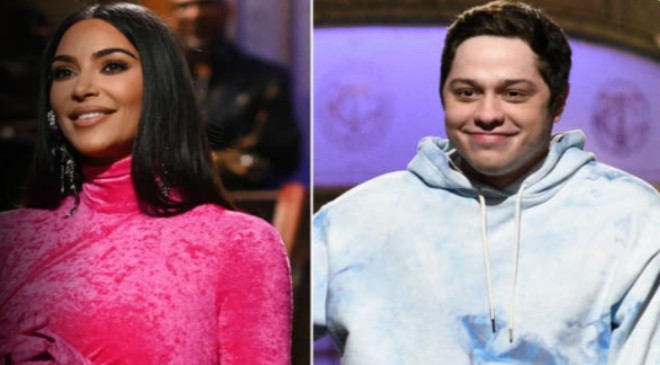 Pete Davidson is doing what he can to support Kim Kardashian.

While the 41-year-old SKIMS founder is dealing with her divorce from Kanye “Ye” West, the Saturday Night Live cast member is looking into moving closer to be with her. While Pete is New York based, a source tells ET the comedian “has been playing with the idea of getting a place in Los Angeles.”

“He has a ton of friends and work in LA. Even though New York is home, he has been digging the bicoastal vibe. He is into whatever gives him more time with Kim,” the source says. “They are enjoying the pace they’re going at right now. Kim is so busy, has a big family, her businesses and still dealing with her divorce from Kanye.”

Kim filed for divorce from Kanye in February 2021. The rapper has been vocal about his desire to win his estranged wife back, and even dissed Pete in his song “Eazy.”

“Pete finds Kanye’s lyrics and interviews about him funny and entertaining. He is super chill about the situation and doesn’t take it too personally,” the source tells ET. “But he hates that Kim has to deal with the drama.”

The source adds, “Pete is certainly helping her through this and has been supportive and reminding her not to focus on it too much.”

I don’t have Instagram or Twitter or any of that stuff. So, most of my daily life is getting into cars and showing up to a set,” Davidson told PEOPLE (The TV Show!). “Or, if I’m off, I just either hang with my friends or chill with my girlfriend inside. So I don’t do much.”

He also shared that he was moving from his Staten Island home to Brooklyn during an interview with NBCLX.

Kim also spoke out about her marriage ending and how she’s putting herself first in her cover story for the March issue of Vogue.

“For so long, I did what made other people happy and I think in the last two years I decided, I’m going to make myself happy. And that feels really good. And even if that created changes and caused my divorce, I think it’s important to be honest with yourself about what really makes you happy,” she said, adding, “My 40s are about being Team Me. I’m going to eat well. I’m going to work out. I’m going to have more fun, spend more time with my kids and the people who make me happy.”

Kanye, on his end, has been dating actress Julia Fox. However, a source told ET on Wednesday, that despite calling each other boyfriend and girlfriend, the pair is “not a traditional couple.”

“Kanye and Julia are still dating, but they are not a traditional couple. Kanye is still obsessed with getting his family back together, but Julia is his primary girl right now,” the source shared. “Julia isn’t worried about Kanye and Kim getting back together and is just enjoying the ride and taking it all in.”