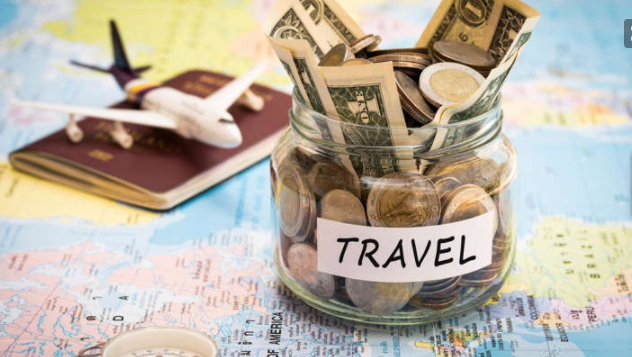 The Way to Savings

Scott’s Cheap Flights saves its more than two million members money by sending the best flight deals directly to their inboxes. But travelers don’t always have to wait for the deals to come to them. Scott’s Cheap Flights founder Scott Keyes recently published his ultimate guide to finding cheap flights in 2022, revealing his top tips and tricks for booking discounted flights in the year ahead. Here are a few of the things travelers can do to increase their chances for monumental savings on airfare in 2022.

The biggest thing travelers can do to save themselves some money on flights is to be flexible and use tools such as Google Flights to let prices influence where and even when they fly. “If you’ve picked out your destination, picked out your dates, and don’t have flexibility, 95 percent of what you can do to bring down the cost of airfare is already out the window,” states Keyes.

Keyes recommends flight search websites like Google Flights as well as Priceline and Momondo to browse discounted airfares and reminds travelers that low-cost carrier Southwest Airlines doesn’t show up on search engines or online travel agencies so it’s always wise to check its website directly. Travelers can also use Google Flights and other websites like Kayak to set fare alerts if they have their destination and travel dates locked in so that they’ll be notified when prices drop.

Know the Right Time to Fly

Typically, Tuesday, Wednesday and Saturday are the cheapest days of the week to fly while Friday and Sunday are usually the most expensive. If you can’t get free until the weekend, you’re likely better off flying out early Saturday morning rather than the Friday before.

Travelers can avoid sky-high airfares by traveling outside of peak seasons and, of course, the holidays. This means steering clear of the busy summer period from mid-June to mid-August and the big holidays, including Christmas and New Year’s Eve. You can travel during these periods without breaking the bank, but you’ll want to book well in advance.

The experts at Scott’s Cheap Flights point out that there is no one time when travelers are guaranteed to find great deals, instead highlighting “Goldilocks Windows,” periods when cheap flights are most likely to emerge. “For domestic flights, the best time to book is normally 1 to 3 months before your travel dates. For international trips, it’s 2 to 8 months prior,” states Keyes. “If your trip is during a peak travel period (Christmas, summer, St. Patrick’s Day in Dublin) add a couple of months to those windows. If you’re traveling during low season it’s more likely cheap fares will pop up closer to departure date, but prices tend to jump in the last month or two before departure, so you don’t want to cut it too close.”

Buy One Ticket at a Time

Travelers looking to fly as a group will want to book one ticket at a time due to a pricing anomaly explained by Keyes. “Whenever you’re booking multiple tickets, airlines want to put your entire group into a single fare bucket,” which indicates the cabin and privileges. Here’s how it works: “In the above example, Alaska Airlines almost certainly only had one ticket left in the cheapest fare bucket priced at $199. So if you searched for two tickets, the airline would skip over the single $199 ticket and instead only show you fares with at least two seats available, $299 in this case. But by booking one ticket at a time, you can get the first one for $199 and the second one for $299, paying $498 total rather than the original $598.”

Even If You Miss One, Others Will Come

In its third annual State of Cheap Flights report released last month, Scott’s Cheap Flights stated that we remain in the golden age of cheap flights as economy prices are still among the lowest they’ve ever been. Therefore, travelers will have numerous chances to score great deals in 2022.