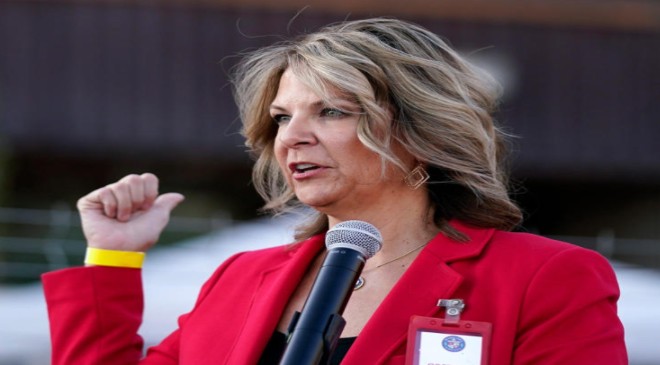 The select House committee investigating the Capitol riot subpoenaed the phone records of Kelli Ward, the chair of the Republican party in Arizona, and her husband, Michael Ward, according to a lawsuit filed by the couple on Tuesday, Politico reported.

The Wards are suing the committee, Chairman Bennie Thompson, and T-Mobile to block the company from providing their phone records. The lawsuit said T-Mobile received the subpoena from the committee on January 24, and that they are seeking phone records from November 1, 2020, to January 31, 2021.

The lawsuit argues that providing the records would infringe upon their right to privacy and doctor-patient privilege, as the Wards are both doctors and use their phones to talk to patients, as well as violate their First and Fourth Amendment rights.

Both of the Wards were among those who signed documents that falsely claimed they were the presidential electors for their state in the 2020 election, declaring former President Donald Trump the winner of Arizona’s electoral votes, despite the state being won by President Joe Biden, Politico reported.

Pro-Trump electors from seven states signed illegitimate certificates in a failed attempt to falsely claim that Trump won the popular vote in their respective states. The scheme was coordinated by Trump campaign officials and Rudy Giuliani, CNN and The Washington Post reported last month.

In July, public records obtained by The Arizona Republic and the Associated Press showed Kelli Ward had pressured officials in Maricopa County, which includes Phoenix, to stop counting ballots. In texts to members of the county’s Board of Supervisors, Kelli Ward wrote: “We need you to stop the counting” and “I know you don’t want to be remembered as the guy who led the charge to certify a fraudulent election.”

When the texts were initially reported, Ward called the media reports “BS” in a tweet.

Shortly after the messages were revealed, Arizona Secretary of State Katie Hobbs urged the state’s attorney general to launch a criminal investigation into whether state election laws were violated by Trump or his allies, including Kelli Ward.