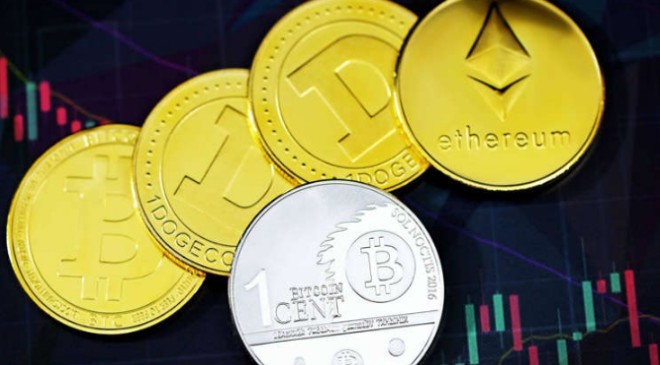 About $147 billion was wiped off the entire cryptocurrency market in the past 24 hours, according to Coinmarketcap.com

The declines in cryptocurrencies follow Wall Street losses on Thursday. The Nasdaq was down almost 5% this week, and the S&P 500 is into its third straight week of losses.

As the 10-year U.S. Treasury yield spiked earlier this week, rising rates have caused investors to shed their positions in riskier assets. Yields move opposite to prices.

The Federal Reserve have also indicated it plans to begin reducing its balance sheet, as well as tapering of bonds and raising interest rates.

A common investment case for bitcoin is that it serves as a hedge against rising inflation as a result of government stimulus, but analysts are saying the risk is that a more hawkish Federal Reserve may take the wind out of bitcoin’s sails.

As yields pulled back later in the week, however, foreign exchange trading firm Oanda’s Senior Market Analyst Edward Moya said it was “a little disappointing to not see bitcoin react more positively to the reversal in Treasury yields.”

Bitcoin prices have fallen sharply since November, tumbling more than 40% from a record high of about $69,000.

Some experts warn that the crypto market could be heading toward a downturn soon, as heightened regulatory scrutiny and intense price fluctuations dampened bitcoin’s prospects.

Regulators are cracking down on cryptocurrencies too. China completely banning all crypto-related activities and U.S. authorities are also clamping down on certain aspects of the market.

In a Thursday note, Oanda’s Moya had predicted that bitcoin could tumble below $40,000 as Russia’s central bank had proposed a ban over the use and mining of cryptocurrencies on Russian territory, claiming the digital currency poses a risk to “financial stability and monetary policy sovereignty.”

Russia is among the top three countries for bitcoin mining, he noted.

— Correction: This article has been updated to reflect that bitcoin’s all-time high in November was about $69,000.