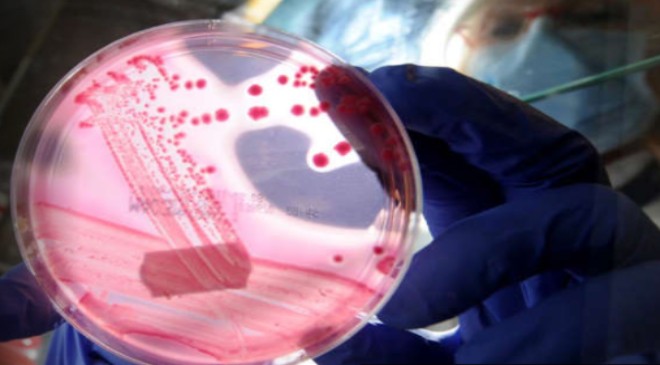 At least 1.27 million people died in 2019 due to drug-resistant bacterial infections, according to a new study on the global burden of antimicrobial resistance.

Antimicrobial resistance, or AMR, is when bacteria, viruses, fungi and parasites become resistant to the drugs typically used to treat the infections they cause.

“By any metric, bacterial AMR is a leading global health issue,” an international team of researchers wrote in the study, adding that resistance appears to be a leading cause of death, ahead of both HIV and malaria.

The researchers — including from the University of Washington’s Institute for Health Metrics and Evaluation in Seattle — analyzed data from the current scientific literature on antimicrobial resistance. Their analyses included 471 million individual records, and they produced estimates for 204 countries and territories.

Based on their analyses, the researchers estimated that 4.95 million deaths were associated with bacterial antimicrobial drug resistance in 2019 globally. The data was limited based on how many areas had information available on antimicrobial resistance.

Among 23 pathogens studied, the researchers found that six accounted for 73.4% of deaths attributable to bacterial antimicrobial resistance: E. coli, Staphylococcus aureus, K. pneumoniae, S pneumoniae, Acinetobacter baumannii and Pseudomonas aeruginosa. For deaths attributable to antimicrobial resistance, E. coli was responsible for the most deaths in 2019, according to the researchers.

Together, those six pathogens were responsible for 929,000 of 1.27 million deaths directly attributable to antimicrobial resistance and 3.57 million of the 4.95 million deaths associated with resistance globally, the researchers estimated.

“These new data reveal the true scale of antimicrobial resistance worldwide, and are a clear signal that we must act now to combat the threat,” study co-author Chris Murray of the Institute for Health Metrics and Evaluation at the University of Washington said in a news release.

“Previous estimates had predicted 10 million annual deaths from antimicrobial resistance by 2050, but we now know for certain that we are already far closer to that figure than we thought,” Murray said. “We need to leverage this data to course-correct action and drive innovation if we want to stay ahead in the race against antimicrobial resistance.”

As the Covid-19 pandemic rages on, the pandemic of antimicrobial resistance continues “in the shadows,” and there are “substantial gains to be made” from preventing microbial infections in the first place, Ramanan Laxminarayan, founder and director of the Center for Disease Dynamics, Economics & Policy in Washington, DC, wrote in an editorial published alongside the study in The Lancet.

“Of the major bacterial pathogens covered in this study, only pneumococcal pneumonia is preventable through vaccination. Preventive vaccines against viral pathogens including influenza, respiratory syncytial virus, and rotavirus could be effective in reducing the need for treatment, thereby reducing inappropriate antibiotic consumption,” Laxminarayan wrote in the editorial, which also called for more spending on addressing antimicrobial resistance.

“From being an unrecognised and hidden problem, a clearer picture of the burden of AMR is finally emerging,” Laxminarayan wrote. “Spending needs to be directed to preventing infections in the first place, making sure existing antibiotics are used appropriately and judiciously, and to bringing new antibiotics to market.”