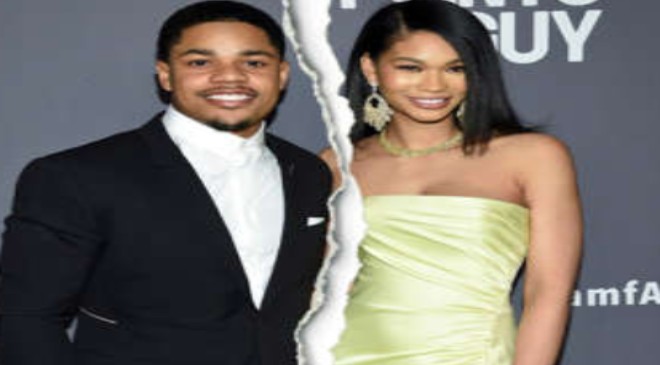 Calling it quits. It happens all the time, but the world never gets used to seeing celebrity couples break up. Chanel Iman and Sterling Shepard were among the stars who made headlines for their splits in 2022.

Us Weekly exclusively revealed in January that the model and the NFL star were “getting divorced,” though they were “going to try and remain civil and friendly towards each other.”

Divorce documents obtained by Us claimed that the pair were having marital issues as far back as December 2020.

After Iman and Shepard welcomed daughter Cali in August 2018, he got real about balancing their parenting responsibilities and their relationship. (The duo also share daughter Cassie, whom they welcomed in December 2019.)

“It’s honestly tough whenever you put a baby into the situation because you’ve got to still try to find time for each other and a lot of the focus goes onto the baby,” he told Us in August 2019. “So that’s the main thing is just me trying to carve out a little time in my schedule and her trying to carve out time in her schedule because we’re both pretty busy. That’s the toughest thing about it, but we find a way to get through it.”

Another split that made news in 2022 was Joe and Bessy Gatto’s, though they technically announced it in December 2021. The comedian revealed the separation in an Instagram post that also explained his exit from Impractical Jokers.

“Alongside my friends, I’ve devoted a decade of my life to building this franchise and couldn’t be prouder of what has been accomplished,” he wrote on New Year’s Eve in 2021. “However, due to some issues in my personal life, I have to step away. Bessy and I have decided to amicably part ways, so now I need to focus on being the best father and co-parent to our two incredible kids.”

Bessy, for her part, addressed the breakup in her own Instagram post. “With love and respect, we have decided to separate. Although we will no longer be a couple, we will always be a family to our beautiful kids and we look forward to co-parenting together,” she noted. “We ask that you please respect our privacy as we navigate this new chapter together. And of course we will still continue to help animals and rescue dogs, which is something we are both passionate about!”

The pair announced in a joint statement on January 12 that they split after four years of marriage. “We share this not because we think it’s newsworthy ~ But so that ~ as we go about our lives we may do so with dignity and honesty,” the duo wrote via Momoa’s Instagram account. “The love between us carries on, evolving in ways it wishes to be known and lived. We free each other ~ to be who we are learning to become … Our devotion unwavering to this sacred life & our children.”

Us confirmed on January 10 that the pair, who began dating in 2019, called it quits before the new year.

The TikTok stars confirmed their split on January 7 after two years together. “Not an end, just a shift!” Olsen told fans via TikTok. “We love u forever.”

The Broadway star filed for divorce from her husband of five years on January 6. She listed their date of separation as December 23, 2021.

Us broke the news on January 5 that the pair called it quits after three years of marriage, confirming that Shepard filed for divorce in June 2021.