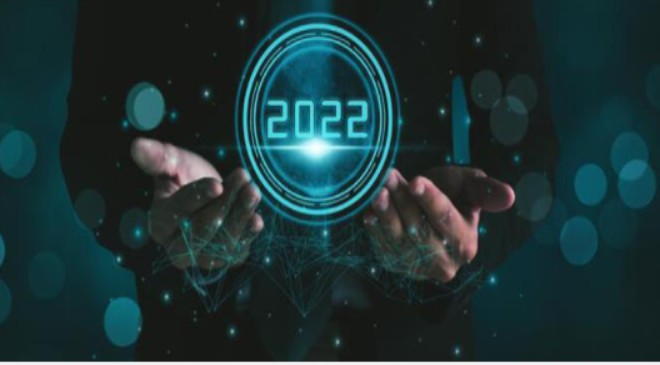 A majority of schools opened in-person Monday for their spring semester start, but a growing number have shifted abruptly to remote learning again amid the omicron-fueled surge in COVID-19 infections and subsequent staffing shortages.

Public and scientific sentiment is on the side of in-person learning, and parent groups nationwide called Monday for schools to stay open. But districts in and around  Detroit, Atlanta, Newark, New Jersey, and Milwaukee, Wisconsin, as well as individual schools elsewhere, nonetheless reverted to virtual learning for days or weeks, mostly because of staff shortages due to illness or quarantine.

Plans have flip-flopped quickly. Atlanta Public Schools told parents Friday schools would be open in-person Monday, then changed course Saturday to announce a week of virtual classes until Jan. 10 because of a “rapid rise in cases” in the metro Atlanta area.

“We recognize there may be some bumps in the road, especially this upcoming week when superintendents, who are working really hard across the country, are getting calls saying that some of their schools may have 5 to 10% of their staff not available,” Education Secretary Miguel Cardona said on Fox News Sunday.

It’s likely to get worse before it gets better.

As of 6 p.m. Monday, 3,229 schools nationwide had closed for the week starting Jan. 2, according to Burbio, which tracks school calendars. After just one school day, that figure is already well above the previous weekly record of school closures this academic year — 2,846 buildings closed the week of Nov. 7. And many districts haven’t officially returned for the second semester yet.

Sara Bode, a pediatrician at Nationwide Children’s Hospital in Columbus, Ohio, and the medical adviser to Columbus Public Schools, said the situation is evolving — and it looks different from community to community.

About 10 of Columbus’ 110 schools had to pivot to virtual learning Monday because of lack of staff, Bode said. Over in Cleveland, public schools were operating remotely because of COVID-19 transmission rates hovering around 30%, she added.

Bode also sits on the Council of School Health at the American Academy of Pediatrics, which has advocated for in-person learning for children’s academic and emotional health. The academy has no plans to change that recommendation, despite the high surge of the omicron variant, Bode said.

“The goal is to have kids physically present in schools,” Bode told USA TODAY. “If we focus on things we can control like universal masking, vaccination, more testing, and quick isolation of kids with symptoms, that’s still an effective plan.”

Some districts that aimed to increase rapid testing for COVID-19 as a layered mitigation tactic are struggling to secure the necessary supplies.

In Chicago, where schools opened Monday, the teachers union is expected to vote Tuesday on whether members support working in buildings or working remotely starting Wednesday. According to the union, the district has not secured enough rapid COVID-19 tests and has not developed a solid testing plan. District and city officials say testing is available and schools can operate safely.

“There definitely is a problem right now with testing supplies, and that certainly does impact mitigation,” Linda Mendonca, president of the National Association of School Nurses, said Monday.

In Massachusetts, the availability of about 200,000 tests across the Commonwealth helped schools fully reopen this week, Kim Driscoll, Salem’s mayor, said during a news conference at a high school Monday.

But they need more.

“Rapid tests are the most difficult thing to procure in bulk quantities right now,” Driscoll said. “Thanks to the state contract, we’re hoping to get them here within a week.”

Mike Gray, whose company CMG Partners II imports and distributes COVID-19 tests, said there are not enough tests being manufactured to fulfill what the Biden administration and state governments have promised to schools and communities.

“The testing is going to be a real challenge for this country,” Gray said. “You can’t take them away from health systems for kids to go to school.”

What about student vaccine mandates?

Mandating vaccines for students as a mitigation tactic has been the third rail.

In New Orleans, some schools were open for in-person instruction Monday, some were closed for a day or two for COVID-19 testing, and some shifted to remote instruction because too many staff were on leave for illness or isolation.

To keep buildings open, school and state officials are pressing toward a COVID-19 vaccine mandate for New Orleans students 5 and up starting Feb. 1.

“We need to do everything to preserve in-person learning,” Henderson Lewis Jr., the New Orleans public school superintendent, told USA TODAY on Monday.

But Los Angeles pushed back its vaccine mandate for students to fall 2022 once it became clear more than 30,000 unvaccinated students would be forced into virtual learning as a result of the rule, which was supposed to take effect this semester.