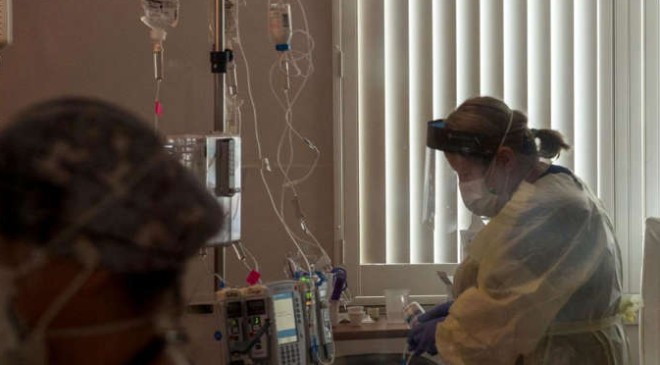 South African authorities said Thursday that the nation’s fourth COVID-19 wave may have peaked, slightly over a month after the country first reported the Omicron variant.

In response, the country is now lifting its night-time curfew, which restricted people from going out between midnight and 4 a.m., the South African cabinet said in a statement.

With the announcement, South Africa is now at its lowest of five COVID-19 alert levels, weeks after it flagged the Omicron variant to the World Health Organization on November 24.

“While the Omicron variant is highly transmissible, there has been lower rates of hospitalization than in previous waves,” the statement read, adding that the Omicron wave has resulted in a “marginal increase” in deaths.

The government said it made the decision “based on the trajectory of the pandemic, the levels of vaccination in the country, and the available capacity within the health sector.”

According to data compiled by Reuters, South Africa has so far fully vaccinated around 23.8% of its population.

Masks are still mandatory in the country, and failure to wear masks where required is a criminal offense, the cabinet said.

“Vaccination remains the best defense against severe illness, hospitalization, and death from COVID-19,” its statement read. “All people in South Africa who have not yet done so are encouraged to get vaccinated as soon as possible.”

Gatherings are still restricted to 1,000 people indoors and 2,000 people outdoors with social distancing.

Earlier this week, Dr. Anthony Fauci, the White House’s chief medical adviser, said the latest COVID-19 wave in the US could subside by the end of January, basing his observation on Omicron’s impact in South Africa. Omicron remains the most common COVID-19 variant in the US.