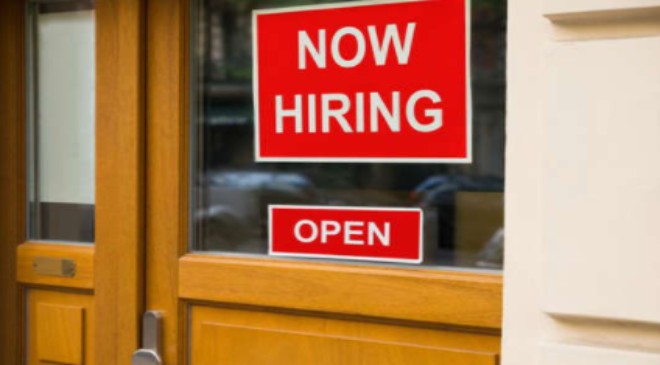 Small business workers in the hospitality, personal care, and retail industries have enjoyed the fastest wage growth over the past 12 months according to new payroll data released by Intuit QuickBooks Canada today.1

Now at $17.41 per hour, median earnings for people who work for small businesses in the hospitality industry — including restaurant, bar, and hotel workers — went up by almost 5% between November 2020 and November 2021. In the personal care industry, median earnings rose by more than 5%, with hourly pay reaching $19.18 last month. Meanwhile, retail workers currently earn $17.68 per hour, an increase of almost 5% since November 2020.

We provide third-party links as a convenience and for informational purposes only. Intuit does not endorse or approve these products and services, or the opinions of these corporations or organizations or individuals. Intuit accepts no responsibility for the accuracy, legality, or content on these sites.

Slower Wage Growth for Many in Mining and Energy

At the other end of the scale, the mining and energy industry saw median wages drop by more than 3% over the last 12 months, to $23.15 per hour. Despite this, hourly employees of small businesses in this industry are still among the highest paid of all — second only to construction workers, who earn $25.00 per hour. Like mining and energy, the construction industry has seen some of the smallest wage increases since November 2020.

Workforces Back to Pre-Pandemic Levels in all but Four Industries

Measured by the average number of workers per business, small business workforces in almost every industry are now larger than they were before the pandemic. The four industries that are yet to hit their pre-pandemic benchmarks are personal care, mining and energy, finance and real estate, and education and public administration.

Encouragingly, most of these four industries are closing the gap. For example, over the past 12 months, education and public administration has been in the top five fastest-growing — with average workforce sizes up by more than 4% since November 2020. As a result, workforces in this industry are now just 0.1% smaller on average than they were before the pandemic (see chart below).

It’s possible small business workforces in the finance and real estate will remain below their pre-pandemic levels for the time being. Workforces in this industry have contracted by almost 4% over the past 12 months to less than four employees per business, on average (see chart below). Between October and November in this year alone, there was a 1% contraction month-over-month in the average workforce size. Today, workforces remain almost 3% smaller, on average, than they were before the pandemic (see chart above).

Similarly, small businesses in the personal care services industry — such as hair studios and spas — have struggled to expand their workforces, with less than 1% growth over the past 12 months (see chart below). This is despite offering the largest pay increases of all since November 2020.

As we’ve seen, the QuickBooks Online Payroll data shows that wages and workforces have grown in almost all small business industries over the past 12 months. Only the finance and real estate industry saw small business workforces contract, and wages are up in all but the mining and energy industry. This broadly reflects the bigger picture of Canadian employment shared by Statistics Canada in November 2021, which reported: “After returning to its pre-pandemic level in September, employment held steady in October” after five consecutive months of declining unemployment.

But why are so many employers hiring and, in many cases, willing to pay more? New survey data released today has some answers.

Small Businesses are Optimistic about 2022

In a recent QuickBooks-commissioned survey of 725 small businesses in Canada2, more than two-thirds (67%) said they expect their business to grow over the next three months. A similar proportion (65%) said they predict higher revenues. Close to three in five (58%) are optimistic about the economy — while less than one in five (19%) are pessimistic. Perhaps as a result, almost half of small businesses (45%) now want to expand their workforce.

Just as small businesses are getting ready to expand, one in two (50%) say it is getting harder to hire skilled workers. And almost two in five (38%) say it is getting harder to retain talent. As a result, some are willing to pay more. More than one in ten (12%) are currently increasing pay for new hires while nearly one in two (45%) are increasing pay for existing employees. A third (33%) plan to increase bonuses for existing employees at the next pay review.

But as we’ll see, offering more money is not the only solution for small businesses in a tight labour market.

Canada’s small businesses are getting creative to solve their hiring challenges. With competition for the best talent likely to remain high, they are responding by relaxing education and experience requirements. They are starting to hire younger workers than before. And they are expanding remote work opportunities — which, as we’ll see, could pay off for some.

A second QuickBooks-commissioned survey — of 2,500 employees throughout Canada3 — offers some useful insights for employers wanting to beat the competition to the best talent. For example, the benefits Canadian workers value most — according to employees themselves — are paid time off, paid sick leave, dental, and a pension plan (in that order).

Another way that employers may be able to attract talent is by offering remote work opportunities. For the right businesses, this could also help to reduce costs. The majority of employees (55%) say remote work boosts productivity — a win for them and their employer.

Many Workers are Looking for New Jobs

There’s more good news for recruiters. According to our survey, a third of Canada’s workers are currently looking to switch jobs right now. The reason so many people are job hunting today isn’t due to job dissatisfaction. Almost three quarters of these employees (72%) are satisfied with their current job — especially if they work for a small business.

The primary drivers behind this are employees seeking better pay and benefits. With employers keen to hire, and develop creative solutions to attract top talent, they could be in luck.

Inflation May Be Forcing Workers to Search for Better Pay

Financial pressures appear to be having a big influence on people’s decisions right now. More than one in four workers in Canada (27%) are considering moving to another city — either for more affordable housing, a lower cost of living, or for a new job with higher pay. Overall, almost all (98%) say they are worried about inflation, which may be putting people’s income into sharper focus.

How Else Can Small Businesses Attract Job-Seekers?

With so many workers looking for new jobs, small businesses that can afford to meet people’s pay expectations may have an opportunity to recruit more of the talent they need. But competing on pay alone can be tough. Here again, our recent employee survey may have some answers. Almost three-quarters (73%) of the respondents have worked for a small business at some point in their career. The three things they enjoyed most about this are:

When it’s harder to directly compete on pay, knowledge like this can make a big difference.

This is not survey data but anonymized, aggregate data from small businesses that use QuickBooks Online Payroll to manage their payroll between January, 2019 and November, 2021. Businesses that have used QuickBooks Online Payroll for less than two months were excluded from the dataset. All hourly wages are expressed as median values. Contractors and salaried employees were excluded from hourly wage calculations. Contractors and salaried employees are included in average employee calculations. Workforce growth rates are calculated by comparing the average number of paid employees per business for the current month against the average number of paid employees per business for the same month in the previous year (i.e. November 2021 vs November 2020). For example, if the average number of employees goes up from 5 to 6 from one period to the next, the increase is 20%. The data is not seasonally adjusted. The pre-pandemic benchmarks used in this report are from February 2020, the month prior to the first lockdowns being announced.

QuickBooks commissioned a 10-minute online survey among 725 small business owners in Canada from November 1 to 30, 2021. Respondents’ businesses have up to 100 employees and more than $5,000 in annual revenue. 57 of the 725 respondents answered the survey in French. More than one in three (34%) are brick-and-mortar businesses. The remainder are omni-channel, multi-channel or primarily online. Almost one in four (24%) are product-based businesses, close to one in two (45%) are service-based, and the remainder sell both products and services. Roughly one in seven (13%) are located in rural areas while the remainder are in urban or suburban locations. Percentages have been rounded to the nearest decimal place. Respondents received remuneration.

Commissioned by QuickBooks in November 2021, Pollfish surveyed 2,500 employees aged 18+ throughout Canada, with a 50:50 split between male and female respondents. 500 of the 2,500 respondents answered the survey in French. Responses were collected via Pollfish’s audience pools and partner network using double opt-ins and random device engagement sampling methodology to ensure accurate targeting.