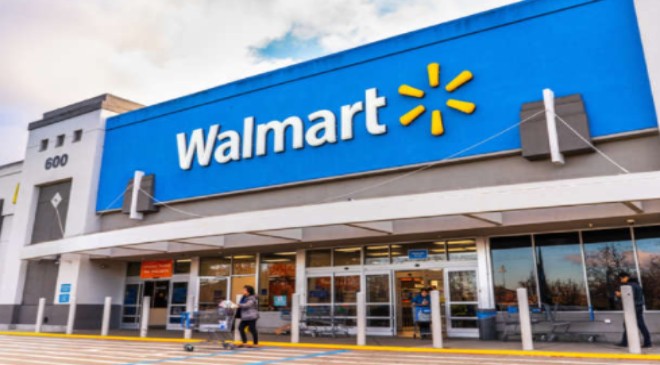 There’s an Urgent New Warning for Walmart and Amazon Shoppers

Despite being two of the most frequented retailers among shoppers, Walmart and Amazon often get hit with a number of complaints. In July, a customer survey conducted by the food-based news outlet Mashed found that shoppers think that Walmart has the worst-quality produce out of eight different grocery stores in the U.S. And just a week ago, a complaint was filed with the Federal Trade Commission (FTC) against Amazon, alleging that the retailer was misleading customers by failing to clearly disclose paid advertisements on its website. Now, a new complaint has been levied against both retailers—and other beloved brands. Read on to find out what new warning is going out to Walmart and Amazon shoppers amid the holiday shopping season.

Experts say that Walmart and Amazon shoppers may be at risk of buying counterfeit items.

The Counterfeit Report, an organization that alerts consumers about counterfeit product information from manufacturers and government agencies, posted a warning on Dec. 15, notifying holiday shoppers that the online sites they use could be putting them at risk. According to the organization, both Walmart and Amazon are “flooded with counterfeit, replica, and fraudulent products” that could end up in the hands of those shopping on either website.

“Walmart and Amazon are both direct retailers of counterfeits, fraudulent, and replica items, in addition to enabling and facilitating third parties to sell an inexhaustible supply of China fakes,” The Counterfeit Report states. And the holiday season is one of the most vulnerable times for shoppers. Hans Leiterman, director of the U.S. Customs Assistant Area Port, told The Counterfeit Report that they see “57 million parcels between November and January,” considering it the peak holiday shopping season. But the items that pass through during this time are “very often counterfeit commodities,” according to the organization.

Millions of counterfeit listings have allegedly been detected on these websites.

The Counterfeit Report said it has found and removed more than 400 million counterfeit listings on Walmart and Amazon, as well as on eBay, Wish, Newegg, DHgate, and Alibaba. “These are only a tiny fraction of fake goods destined for or reaching consumers,” the watchdog organization warns. “Amazon and Walmart often ignore brand-owner complaints, and sellers may re-list when listings are removed.”

More than 500,000 brand-owners are currently fighting back against fakes they say are listed on Amazon’s website, according to The Counterfeit Report. As of Dec. 17, the organization’s list of recently reported fake products from Amazon includes various memory cards, pirated books, lithium batteries, and a Playstation controller. Reported fake products from Walmart include Gillette razor blades, lip enhancers, and flashlights.

Both retailers have defended themselves against these claims.

Both Walmart and Amazon have addressed reports of counterfeit products in the past. In 2018, a spokesperson for Walmart told CBS News that the company has “zero tolerance” for counterfeit products. And in Oct. 2021, Walmart spokeswoman Carrie McKnight told The Washington Post that the store has teams that go through items to “help ensure items and sellers meet our high expectations.”

In May of this year, a report from Amazon indicated that the company had destroyed more than two million suspected counterfeit products that third-party sellers had sent to its fulfillment centers in 2020, as reported by CNN. The retailer said the pandemic had spurred more attempts by “bad actors” to offer counterfeit products as more people shopped online, but also claimed that it had blocked more than 10 billion suspected bad listings before they were published. Amazon said that fewer than 0.01 percent of products it sold received counterfeit complaints from shoppers.

“Those complaints were quickly investigated for accuracy, and Amazon took appropriate action on listings and accounts,” the company told CNN.

Experts say there are ways you can avoid buying counterfeit products online.

With conflicting reports, it can be hard to feel like you trust what you’re seeing online. On top of that, experts warn that counterfeit items can be tough to spot and sometimes can put your safety at risk. But there are ways  to avoid falling victim to buying a fake product online. Ana Serafin Smith, senior director of media relations at the National Retail Federation, told Consumer Reports that you should always research the seller of each individual product, even if you’re visiting an online shopping website like Walmart or Amazon. Both retailers allow you to click on the vendor’s name to view its profile, which will show you feedback from other buyers, as well as contact information and return policies.

You should also be wary of discounts, scan customer reviews, examine the product’s packaging, and know the hallmarks of the real product, according to Consumer Reports. Fake products are often sold for less than real item’s established price, have reviews that are wildly different for the same product, arrive in anonymous wrapping, or include logos that are misspelled or differ in design compared with the one pictured on the company’s official website.