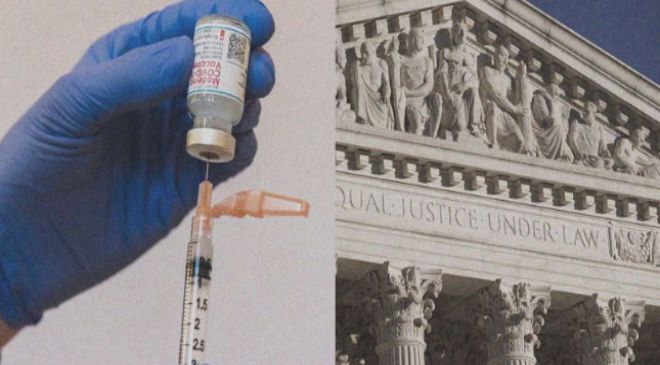 The Omicron variant of COVID could potentially have come from an animal, according to a theory proposed by a researcher.

Little is known about Omicron, the variant that has dominated headlines for the past several days after scientists voiced concerns about its vast number of mutations compared to previous forms of COVID.

Experts believe Omicron is concerning because it has over 30 mutations on the part of its genome that codes for its spike protein, which it uses to invade cells. It is feared this could make it better and spreading and resistant to immunity. Laboratory research is underway to determine if that is the case.

It is also unclear where Omicron emerged, and how. The earliest known sample was detected in South Africa on November 8 according to data uploaded to the GISAID virus reporting network as of Thursday, but it could have been circulating unnoticed before then.

Some scientistshave suggested that Omicron could have evolved due to a persistent infection in an immunocompromised person.

But Kristian Andersen, an immunologist at the Scripps Research Institute in California, told medical news outlet Stat that Omicron could be zoonotic; that is, it could have circulated in animal hosts before jumping to humans.

“I don’t think we should dismiss that possibility, because I think it’s definitely on the table,” he told Stat, adding that this theory “seems more likely” to him than the persistent human infection theory.

Other experts have not discounted the suggestion. The notable aspect of Omicron is that it appeared with a significant number of mutations at once, Spyros Lytras, a researcher at the University of Glasgow Centre for Virus Research, told Newsweek—in a phenomenon known as “long branch.”

“I find this to be the scariest possibility,” he said of the animal route, “but given the amount of wild animal population known to have SARS-CoV-2 transmission it’s certainly a scenario that can’t be discounted.” SARS-CoV-2 is the name of the virus that causes COVID.

Paul Digard, chair of virology at the University of Edinburgh’s Roslin Institute, told Newsweek that the Omicron animal pathway theory is “certainly possible” but said there is insufficient evidence to be sure at the moment.

“We have some very good surveillance systems for SARS-CoV-2 but unfortunately they don’t provide universal coverage across the globe, so there will be places where we just don’t know what’s happening,” he said.

“Whichever theory about the origin of the Omicron variant is correct—and they’re not mutually exclusive options; both [human and animal spread] could have happened—it reiterates the benefits of getting the vaccine and booster programmes to as high a coverage as possible.”

Indeed, scientists still are not sure where the original SARS-CoV-2 virus originated. This has fuelled debate since the start of the pandemic, with some arguing that COVID could have emerged as a result of a laboratory leak.

At the start of this year the World Health Organization concluded that it was most likely that the virus jumped to humans from an animal host, but this is still inconclusive and the lab leak theory has not been discounted.