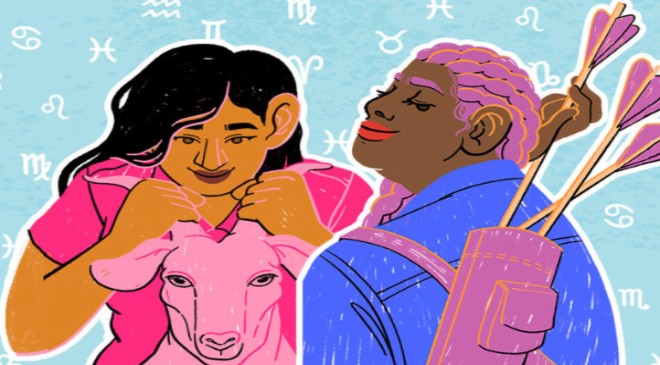 Have you noticed benevolent, we-want-to-take-care-of-everyone Cancers, know-it-all Virgos and chatty Geminis pop up in bigger numbers at that recent bachelorette, holiday or family party? That’s because there’s not quite an even distribution of zodiac sun signs. In fact, there’s one sign you might have noticed in lower numbers. And your hunch is right—there is a distinct group of stubborn December babies that populate a smaller sliver of the zodiac. Find out which is the most rare zodiac sign below.

So, which zodiac sign is the least common of them all?

It’s ambitious Capricorn. Apparently, these steadfast sea goats are the rarest in the zodiac, partially because no one wants to compete with one of the most famous Caps of them all, ahem, Jesus Christ. Rarest reports that December 25 and January 1, aka Christmas and New Year’s Day, have the least common birthdays, which drastically reduces the number of Capricorns compared to other signs. A study conducted by Smithsonian Mag also reports that most people come into the world between the June and November months, reserving December, January and the rest of the colder months for eating good, cuddling and, as it turns out, a lot of Netflix and chilling *wink, wink.*

For as enigmatic, dark and mysterious as they are, Scorpios sure are everywhere. According to My Astro Secrets, these water signs and masters of disguise make up 9.6 percent of the U.S. population, which means you can throw a rock and it’s likely to hit a Scorpio. We kid, we kid—but it’s way more likely to hit a Scorpio than a Capricorn. This would also make sense considering the fact that anyone conceived at the back end of Capricorn season (around Jan 19-ish) would also likely be born in late October, right at the cusp of Scorpio season. As for those November Scorpios, well if we go nine months back, we land at Valentine’s Day. So yeah, we’ll let you draw your own conclusions from that.