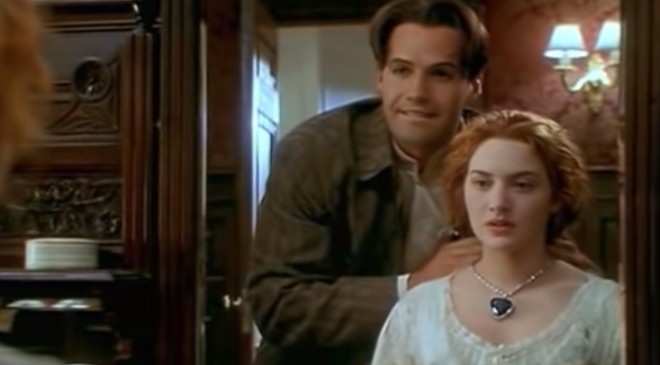 It’s not always easy to make a good movie. Far too often we flock to movie theaters for some film that reels (pun intended) us in with a solid premise, but doesn’t quite follow through on execution. Sometimes a totally enjoyable flick keeps us on the edge of our seats until the very end…and then falls apart right before the closing credits. Here are a few movies that had us scratching our heads as we left the theater.

Considered by many as one of the greatest films ever made, Citizen Kane is known for its achievements in film-making and for its twist of an ending — was it much of a twist, though? Orson Welles piqued the audience’s interest when his lead character, Kane, mysteriously muttered “rosebud” on his deathbed, but we were pretty baffled when it turned out to simply be the name of his childhood sled. Talk about a letdown.

They sang. They danced. They fell in love. Then they chose their careers over their swoon-worthy relationship and the audience was left heartbroken. Not cool, Damien Chazelle.

The whole “it’s just a dream” thing has been done before…and done way better. Vanilla Sky was such a fun movie with stellar performances by Tom Cruise, Penelope Cruz, and Cameron Diaz, but the whole thing just ended with a thud in the form of an anti-climatic conversation with a dude from tech support

Some people might make the argument that Birdbox just wasn’t a good movie to begin, with but there’s no denying that it had a full-on pop culture moment. The whole blindfold aspect was totally plausible until Sandra Bullock’s character hit the river rapids with two kids in tow. There’s zero chance those blindfolds would stay on. And if that wasn’t far-fetched enough, the entire adventure leads to a school for the blind where they take shelter with other survivors, but absolutely nothing actually gets resolved. It just makes the whole thing seem kind of pointless.

Steven Spielberg and Stanley Kubrick gave us this robotic riff on Pinocchio that had the potential to be the cinematic event of the decade…if not for that ending. Haley Joel Osment’s character gets frozen in time waiting for a statue of the blue fairy to turn him into a real boy. He’s thawed out by aliens thousands of years later, who are able to clone his adoptive mother so they could spend one last day together. The uneventful wrap-up was a total head-scratcher.

It’s a blast watching a whip-smart Scarlett Johansson kick butt while soaking up tons of knowledge. Things take a turn for the bizarre, however, when her characters unlocks 100% of her brain capacity and becomes one with the world..literally disappearing into thin air. Oh, and don’t forget that she gifts her professor friend (Morgan Freeman) a flash drive that we’re made to believe holds all of the secrets of the universe. Yep, it’s as out-of-left-field as it sounds.

The Shape of Water

The Shape of Water is an undeniable visual masterpiece, but this multiple Oscar winner has a totally unoriginal ending. It might’ve taken home Best Picture, but this 2017 drama ends up just being a gender-reversed version of Splash.

War of the Worlds

It’s a fun sci-fi action movie with one gaping plot hole that presents itself once everything wraps up. How is it possible that advanced beings harvesting humans to fertilize their vegetation wouldn’t take into account the billions of germs that exist on our planet? Ever been on a crowded subway during flu season?

Marvel fans may freak over this inclusion, but bring on the backlash. Watching so many of our favorite heroes being reduced to dust might’ve been more impactful if the studio behind these movies didn’t already announce a full upcoming calendar of films featuring those same characters. Why should we shed a tear over T ‘Challa dissapating when we know Black Panther 2 is coming our way? It’s silly to think most (if not all) of these heroes won’t be restored to their former glory through some loophole in the next Avengers movie.

Our hearts will go on for Leo and Kate forever, but there are two major gripes about this Best Picture winner. The first is the often-debated door conundrum. Jack definitely could’ve fit on that door (or they could’ve taken turns at the very least!) The second, which many people also mention, is old Rose dropping the Heart of the Ocean necklace into the ocean at the end of the movie. If you recall, the search for that necklace is what kicked off the whole story and she just casually tosses it overboard as if her family couldn’t benefit from holding onto it. You can’t help looking at Rose totally differently when you consider those two glaring factors.