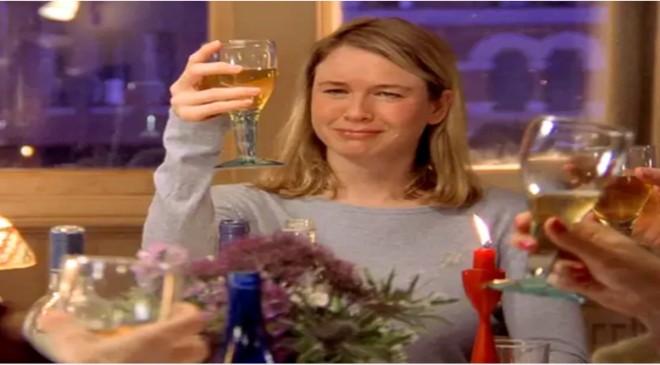 It happens every time: The year is coming to an end, and the socials are full of “New Year, New Me” posts as people think about their New Year’s resolutions. And while there are some people who will follow through, there are others who break their promises before the first week of January is even up. We’re inclined to believe the stars have something to do with it. Below, the two zodiac signs who always stick to their New Year’s resolution and one who shouldn’t even bother anymore.

Mission-oriented Capricorn has yet to ditch a goal she’s ever set, and she’s not about to start. These big-picture thinkers likely have a five-year plan and a new year simply means an opportunity to continue building on all the progress they’ve already made. Of course, not everything goes as predicted, but the sure thing about Caps is that they’re steady and diligent workers. Just like their symbol, the mountain goat, even if the path gets a little rocky, they don’t take it to mean it’s an opportunity to loosen the reigns and take their eyes off the ball. No, a little obstacle means it’s time to restrategize, dig deeper and find new means to get to the finish line.

Perfectionist Virgo will probably follow through on her resolution simply because these earth signs don’t believe in setting a plan in motion then bailing. And while they have a reputation for being high-achieving, organization freaks, Virgos are all about working hard and smart. Where Capricorns may set their resolution at purchasing a home or buying a car, then bust their behinds trying to get it within the year—raking in some overtime hours and picking up a few side gigs—Virgos will start with scaling back on the spending and saving more for a year. That isn’t to say they aren’t hard workers. Virgos are simply gifted with a knack for practicality. Every pro and con will be weighed, every potential disaster assessed, before finally settling on the best way to move forward.

Making simple dinner plans with a Gemini can be something of a Herculean task. (They want sushi, but Italian doesn’t sound bad and they just got a flyer for a new Mexican restaurant that doesn’t look too shabby either. Ugh!) So, to expect this often-indecisive sign to set a long-term plan like a New Year’s resolution is like trying to fit a square peg in a round whole—it’s not gonna work. By nature, Geminis are split into two—they’re symbolized by a pair of twins—so even though they may whole-heartedly want to finally start eating healthier, the thought of going to the gym, meal prepping and drinking a gallon of water a day may seem like too much for these playful creatures. Geminis are better off going with the flow, honing in on the activities they actually enjoy to pursue instead. As far as setting monthly benchmarks to hit, forming to-do lists and strategizing for a flawless execution, yeah, they’re better off leaving that to Capricorns and Virgos.