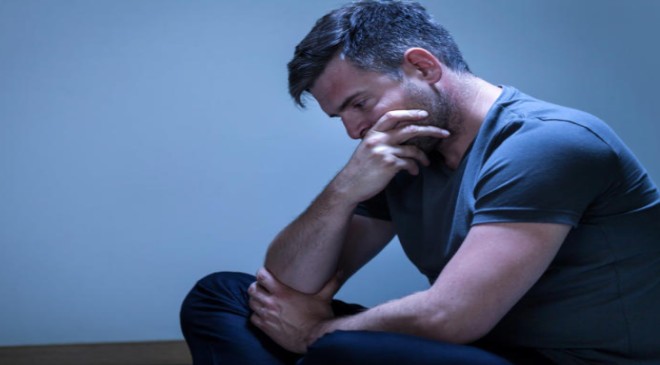 I have already shared it in other articles: at 30 I was totally broke; without work and without prospects, with debts and credits that suffocated me and with my first child at the door. I was truly desperate. It was a dark time.

Despite the fact that she had studies and had had some good jobs, for some reason she never seemed to be able to get out of the hole, of the “already merit”, of being a witch fortnight after fortnight. He was tired of being tired. Obviously he was doing something wrong, but what?

From my brother I received the best financial advice I have ever received (he recommended reading an audiobook by Dave Ramsey) and there I began a learning journey that led me to change my habits and paradigms; save, kill debts, undertake and invest. Today things are better, although I still have a lot to grow and learn.

This trip was materialized in a book: Why the rich get richer (and you still do not reach a fortnight ), which I wrote with a great friend and brilliant entrepreneur, Salvador Manzano and which has been published by Panorama Editorial. For this book we search and review financial literature from centuries and from different authors. Although each presents different mechanisms and concepts, we soon found five rules that seemed to be present in all western and eastern wealth systems of all times. We call them the universal keys to wealth , and there are five of them

We do not believe that “anyone” can become a millionaire, much less that the poor “are poor what they want” or because “they are not hungry”. That is false, offensive and ignorant. What we do believe, however, is that all people, with information and will (and sometimes, with a little help) can improve their situation and that of their own, transform their habits and with them, their destiny . We think the book can help you and many others.

The Five Universal Keys To Wealth are not magic recipes or quick schemes, but proven concepts that can help you build a better future. Here I share them:

1. The rich man pays himself first

This is something that few people know: the rich are not the ones with the best salaries . There are many people with high salaries who never leave poor, because they simply spend everything they earn. They are people who, when they have a good salary, have cars, designer clothes and trips and, when they lose that salary, they find themselves on the street. Most of the time they spend even above their income, supplementing with bad credits what they lack.

The rich aren’t just the ones who make the covers of magazines or drive fancy cars. The vast majority of the rich are more cautious and unknown. They are people who have stopped rowing and who have known how to build a boat that floats and flows without the need to be pushing it. In other words, they plant trees instead of buying apples .

It is so simple that it seems absurd, almost offensive, but you will never be able to become a “witch” unless you get into the habit of saving. It’s not how much you earn, but how much you save, that makes you rich . The money saved becomes investment and the investment, passive income that constitutes a “rich flow.” That is to say: money that generates money.

The rule is this: if you work for money and you spend that money, you will always be poor. But if you save to invest, little by little you will create a snowball that will grow, well managed, until you become free. Then you can do what you want, live how you want and rest.

“Paying yourself first” means putting savings ahead of anything else. Set aside at least 10% of everything you earn (before paying rent, before going to the movies, before going to the supermarket: before everything). It does not matter if you start saving a peso, but always save. For savings, habit is more important than quantity.

The problem with this point is that most do not want to make the sacrifices that this implies: spend less, save more and learn to delay pleasure. If you, on the other hand, live some time as nobody wants, you will be able to live later as nobody can.

Has it happened to you that you arrive at the end of the fortnight and ask yourself “where did my money go”? It has happened to all of us and perhaps we have not gotten used to it, or we think it is “normal”, but it is not; at least for people who want to advance. Then we justify ourselves by saying that money is bad or that it is better “to be poor, but honest.”

Do not get confused. You can be rich and honest. Money is not bad , as some think. It is a tool like any other, which can be used for better or for worse. But money has its personality, and it likes to do what it wants, jump around and get lost without you noticing.

Like anything important, money is part of a life project and a good project requires a good plan. Rich people have and follow a budget; that is, they tell their money where to go instead of wondering where did it go? Even people with large salaries, inheritances or even the lottery are left on the streets when they do not know how to manage what they have.

Money that has no purpose soon finds an outlet. Start by making a basic budget for income and expenses in your home. Be honest with yourself and put it in writing. Even if you earn two thousand, five thousand or ten thousand pesos: manage that money as if it were millions. If you learn to ride a tricycle, you can ride a bike; and then on a big bike and finally on a motorcycle.

But you can’t “get rich” if you don’t know how to manage yourself when you’re poor. It is the safest way to lose the money you can have.

Most of the people we meet operate on popular wisdom clichés; many of them false or that do not apply in all cases. “He who owes nothing, has nothing.” “Better to buy than to rent.” “You have to get a card to have a record.” “Better poor than honest.” “The rich are bad.” “Money is the cause of all evil.” “You only live once”. “Nobody takes it away from me when I danced.” “You have to spend 3 months of salary in the party of XV years …”.

Stop listening to “what everyone does” (because “everyone” is not rich) and start listening to what the rich do. To begin with, if you have a wealthy relative or acquaintance, do not ask for money and do not ask for a job; ask him for advice. You will be surprised at how much you can learn with advice from someone who knows you, loves you, and knows about money.

Ask for advice from those who know: look for books, courses, seminars, podcasts, web pages; online courses and audiobooks… literally hundreds of thousands of expert resources (many of them free) and find the inspiration and science to start building. Not all save the same, invest the same or undertake the same. Find your style, but don’t give up.

The rich never stop learning, and they appreciate wisdom wherever it comes. They know that good advice is worth more than ten chests of gold.

4. The rich man does not work for money.

“Let the money work for you” is a phrase that you have heard in many places and that, perhaps, you find it a bit ridiculous, absurd or impossible. But that phrase is the highest financial concept: it is financial culture in its purest and most distilled state. If you understand (but really understand) that phrase, your wealth is almost guaranteed.

Trading time for money is bad business. In other words, living off your salary or your job is bad business . Why? Because time is limited, your forces are limited, and your future is uncertain. You can (and should) work to get money, but stop ! Instead of spending it all, you have to invest it. The money invested makes money, even if you don’t work. Make money while you sleep, while you rest, while you travel and, above all, while you learn, grow and allow yourself to think.

You can invest in whatever you want, asking for advice from those who know and trust you. There is no one way or one option. It is true that money does not buy happiness, but it does give us the freedom to choose where to look for it.

5. The rich man is generous

“The rich must help the poor” is also a misleading phrase. Not because it is false, but because it is incomplete. The correct phrase is “People should help people”; or “We must help each other”, the rich yes, but also the poor and also those of us who are on the road.

Those who think that “they will help others when they are rich” will probably never help anyone, because they believe that solidarity depends on wealth, when in reality the equation is totally opposite: solidarity creates wealth, and not the other way around.

You see, all the things you already have (health, time, two hands, experience, friendship) are more important than money, because they are goods in themselves; unlike money which is only a means. If from now on you learn to share what you have (a lot or a little), you will realize that things only work when they serve others. And from that you will make a habit of life. And so, when you have money (hopefully a lot!), Then you will be able to help many people a lot.

On the other hand, if when you have little money you do not create the habit of generosity, it will be impossible for you to do it when you have a lot. That is to say: those who cannot share one peso when they are ten will not be able to share one thousand when they have one million. Miserable millionaires exist … and they are those who believe that money is an end.

Instead, time, love, friendship, advice and yes, money, are things that, when we give them, come back to us multiplied. Rich men (that is, free men), know this and never let their money possess them, but rather they remain in control of their wealth and their own happiness.

Those, then, are the Five Universal Keys to Wealth and they are within your reach and within everyone’s reach. You can be rich, free, and purposeful. Simple, yes. Simple, no. You dare?