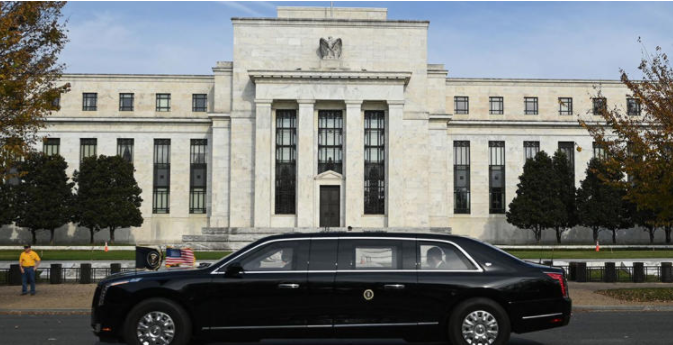 Signs of trouble are cropping up in the world’s largest, most liquid government-securities market, B. of A. rates strategists say.

Large moves on very low volumes of Treasury inflation-protected securities, or TIPS, breakevens, a gauge of U.S. inflation expectations, are among the indications that the rates market is unsettled, the strategists say. “Collapsed” depth in the contract order book for 2-year Treasury futures and a 30-year auction last week, which Jefferies analysts described as “disastrous,” also are being cited as evidence of emerging problems.

“While each of these in isolation might be easy to ignore, when combined it shows a Treasury market that is challenging to manage risk even near peak Fed liquidity,” BofA strategists Mark Cabana, Ralph Axel and Meghan Swiber wrote in a note Monday. They said the market “is not well” and that “signs of illiquidity abound.”

“The Treasury market is unlikely to be a well-functioning market without ongoing official sector support” during the period that the Federal Reserve is tapering bond purchases and even beyond, they said. “The Fed appears to be aware of this now.”

Treasurys are the cornerstone to U.S. financial markets, used to finance government operations, manage interest-rate risk, and provide a risk-free benchmark for pricing other financial instruments. Therefore, liquidity, or the ability to buy or sell an asset with ease, is crucial to a healthy functioning market.

Worries about the persistency of U.S. inflation — along with the potential for an economic slowdown, particularly if the Fed is forced to hike its policy rate target — have led to a period of volatility in yields. On Friday, the 2-year yield or market-based rate most closely associated with the Fed’s near-term policy path, had its largest one-week gain since October 2019. Meanwhile, the 10- and 30-year rates posted their biggest weekly advances since Oct. 8.

On Monday, yields turned mixed in early morning trade as investors remained focused on inflation, while stocks pared earlier gains on the day. Dow Jones Industrial Average and the S&P 500 still traded higher, though the Nasdaq Composite Index was lower.

Two of the 24 indicators that JPMorgan Chase & Co.’s U.S. fixed-income strategists use to measure liquidity stress were flashing “red” warning signs, while six were characterized as being “amber,” based on a recent report.

Should illiquidity in the Treasury market lead to a sharp increase in rates, “a material tightening of financial conditions is possible,” the B. of A. strategists wrote. There is also a risk that related markets like credit or mortgages “ could become illiquid and aggravate any unforeseen market shock.”