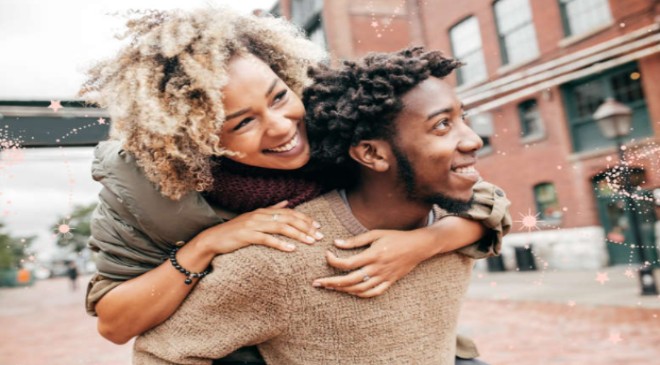 Whenever you’re scrolling around on social media, you’re sure to go past astrology memes galore, many of which are all about roasting a particular zodiac sign for a stereotype. For instance, according to social media, Sagittarians are unfiltered party animals, Scorpios are intimidating as hell, and let’s not even get started on Geminis.

The fact of the matter is that every sign has its strengths and weaknesses. Cardinal earth sign Capricorn, ruled by taskmaster Saturn, is the driven workhorse of the zodiac. With an unfailing drive and a sensible outlook on life, those born between approximately December 22 to and January 19 —  or who have other astrological placements in their birth chart — exhibit  determination, loyalty, tradition, and a razor-focus on achievement.

These characteristics reflect themes covered by the Tenth House of Career and Public Image, which Capricorn rules. The Tenth House covers not only career goals and advancement, but public reputation, authority figures, social standing, reputation, responsibility, and overall success in the world.

If you’re similarly industrious, practical, reliable, organized, and stable, you’ll likely click with a Capricornian person. (It also bears noting that your sun sign is just one piece of a really complex, nuanced puzzle known as your natal, or birth, chart, which is worth glimpsing over to see which house Cap rules and if you have any planetary placements that connect with the mutable fire sign.)

Here, Capricorn’s compatibility with all 12 signs of the zodiac.

Capricorn is square, or three signs apart, from cardinal fire sign Aries, ruled by assertive Mars, which can make for a tense but activating relationship. Both go-getters who love to take the initiative on challenging projects, this is the power pair who’ll have no problem moving mountains when they get together. But Aries’ M.O. is to take on every challenge speedily and furiously while Cap would prefer to take it one practical step at a time. If they can get their pacing in sync, they’ll be unstoppable.

Capricorn is trine, or four signs apart, from fixed earth sign Taurus, ruled by sweet, relationship-ruler Venus, meaning the two have an organic, harmonious connection. Both prefer to take their time to achieve their goals and are as down-to-earth as it gets. They’ll spend their free time gardening or working diligently toward a financial intention. Taurus can be a little lazy for Cap, while Cap can be a little bit too strict for the Bull, but in general, they get one another in an earthy, sensual way that’s pretty unparalleled.

Capricorn, is quincunx, or five signs apart from Gemini, which means these two don’t really have all that much in common. Capricorn is all about boundaries and structures, working slowly and steadily up the mountain they’ve decided will bring them the recognition they deserve. By comparison, Gemini, the mutable air sign ruled by buzzy Mercury, wants to try and see and do all the things, on a whim, and a concrete plan sounds like a snoozefest to them. But they can make it work if they’re able to embrace one another’s perspectives and inner worlds.

Capricorn is opposite, or six signs apart, from cardinal water sign Cancer. The Goat and the Crab can balance one another out — or drive each other up a wall. Cap’s cool, serious pragmatism lends itself to their ultimate goal: climbing up that mountain and achieving their greatest aspirations one step at a time. Ruled by the emotional moon, Cancer, on the other hand, tends to let emotion fuel their aspirations and their action. But both are interested in putting in the work to create a lasting, secure partnership, so if they are equally invested, they’ll find common ground.

Capricorn is quincunx, or five signs apart from fixed fire sign Leo, making for an awkward, uncertain connection. The Goat and the Lion are both interested in leading the charge, but they both have slightly different rationales for it. Both aim to be respected and recognized, but conservative Cap wants it for more pragmatic reasons, like a respectable portfolio, and showy Leo craves applause for their heart and soul. In turn, their innate needs and priorities might feel off, but there’s also a lot they can teach one another.

Capricorn is trine, or four signs apart from mutable earth sign Virgo, making for a natural, industrious bond. Both earth signs are wired to take care of business, and while Cap is striving toward publicly-recognized respect and achievement, Virgo — ruled by information-gathering Mercury — is happy to handle the day-to-day details. They’re equally pragmatic, hardworking, and grounded in reality, which means that together, they can build something lasting and satisfying.

Capricorn is square, or three signs apart from cardinal air sign Libra, making for an activating or potentially tense connection. Both are natural-born initiators, so they definitely respect one another’s ability to dream up and kick off big picture plans. And both enjoy being in the limelight as a result of their hard work. But Cap can be more traditional, structured, and oriented toward maintaining control than lighthearted Libra. But if they’re working toward a shared goal, they could be surprised to find they’re more in sync than they initially thought.

Capricorn is sextile, or two signs apart from fixed water sign Scorpio, making for a friendly, easygoing bond. Both are determined to be recognized, to achieve, and to obtain power and influence. They have what it takes to put in hard work and be quite the power couple. The only hitch is that Cap wants to appear cool, collected, and in control while Scorpio’s fiery, Mars-influenced feelings can be all-encompassing, so they might each need to bend a bit to get on the same page emotionally.

Capricorn is semisextile, or one sign apart from mutable fire sign Sag, which can make for slight rockiness. Cap wants to appear chilly, collected, and in control while fiery, free-spirited Sag has no problem making messes everywhere they go, because YOLO. On the other hand, Cap could be the business manager Sag never knew they always needed, while Sag can help Cap connect with their inner adventurer and realize that embracing life and being in the present is just as cool as working hard and striving for the future.

Talk about a power couple. Two Caps will be on a constant mission to not only achieve themselves but push one another even further. Equally traditional, conservative, and elegant, they’ll make quite the impression when they step out as a pair. The only issue here is that with both people perpetually determined to put their nose to the grindstone, it could be hard to find time for intimacy. But because they tend to tackle any challenge like another project — aka a mountain to climb — they’ll both be up for addressing any issues that arise in their relationships in a take-charge, step-by-step way.

Aquarius, the eleventh sign of the zodiac and the fixed air sign, is semisextile, or one sign apart from Capricorn, which makes for a bit of awkwardness. The Water Bearer prioritizes humanity, community, and what’s best for everyone collectively, while Cap is a bit more focused on taking on the challenges they see along their own path and sticking with a tried-and-true traditional approach while Aquarius is all about moving in an unconventional, free-spirited direction. If Cap’s willing to let Aquarius show them the beauty of striking out on their own and Aquarius is open to learning about sticktoitiveness from the Goat, they can actually be a dynamic duo.

Pisces, the twelfth sign of the zodiac and the mutable water sign, is sextile, or two signs apart from Capricorn, which generally makes for a harmonious, friendly bond. Both signs are committed to showing up for the people they care about in a traditional, heartfelt way. While the Fish is a dreamer who prefers escapism over reality and Cap is all about taking slow, steady, pragmatic steps to reach their endgame, there’s a lot these two can learn from one another. Pisces can help Cap hone their artistic eye while Cap gives Pisces the tools to turn their fantasies into reality.

Whether you’re feeling confident or freaked out at the moment, remember that no matter how compatible — or not — you seem to be with your partner or potential love match, sun sign compatibility is just one small piece of a larger puzzle. You can get the most accurate idea of how you match with a partner by looking at your entire natal charts. (Running a synastry report on a site like CafeAstrology.com or doing a reading with a professional astrologer can offer the most accurate, individualized insight.) And if you’re ever tempted to take a swipe at Capricorns as boring workaholics, check out your own birth chart, which is divided up into 12 houses, each ruled by one of the 12 signs. Everyone — yes, even you —  has some serious Cap energy in them.