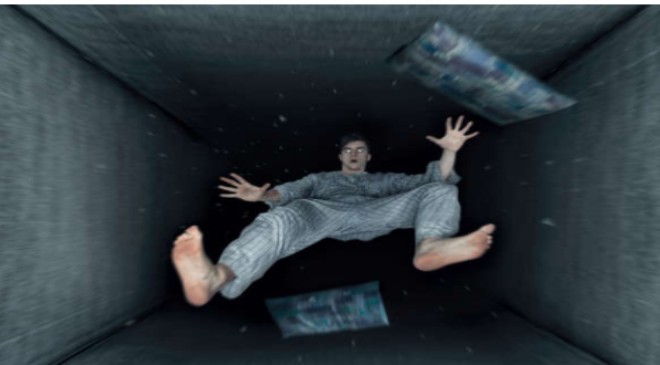 What Do These Dreams Mean?

Ever woken up terrified because you’ve had the same dream over and over again, and you have no idea what to make of it? Don’t worry—this happens to just about everyone at one point or another. Studies show that, on average, adults dream for about two hours each night, and it’s likely that we probably have recurring dreams due to the similarity of our day-to-day experiences.

“There are several types of common dreams that everyone has had at least once in their life,” explains dream analyst Jane Teresa Anderson. “Every person’s dream is unique, and it’s about themselves. But because we’re human beings and we tend to experience similar things, we can sometimes experience similar dreams.”

Below, check out Anderson’s explanations of the most common dreams and learn why you keep having the same ones all the time.

1. Your teeth are falling out

In this dream, you open your mouth to talk, but then your teeth fall out. According to Anderson, this happens because you feel like you’re unable to speak your truth—or that whenever you try to do so, the wrong words keep coming out.

“It’s similar to when you were a kid and felt like you looked weird or funny [with missing teeth],” Anderson elaborates. “You go back to that space, where you feel embarrassed or sad because you don’t know how to say the right things.”

2. Somebody close to you dies

“This one feels so vivid that people often think that they’re actually predicting the person’s death,” says Anderson. “But that’s really mostly not the case.”

Instead, Anderson says to take a look at what that person represents to you.

For instance, say you dream about an insecure friend dying. That means you’re letting go of the part of yourself that’s insecure and coming into your own. That isn’t a bad thing; it’s more like a metaphorical “death” that needs to happen so you can get onto that new phase in your life.

“You could be falling off anything in this dream—your bed, a surfboard, a cliff, doesn’t matter,” says Anderson. “You will often feel that you’re falling in a dream when you feel that things are maybe changing and you’re losing that sense of having the ground under your feet.”

This feeling of falling while you’re asleep (or just about to drift off) is known as a hypnic jerk, and you’ll often wake up after these kinds of dreams. That’s because they produce the fear hormone since you’re so scared about things changing around you.

4. You’re late for an appointment

“This dream is funny because you realize that, most times, you never actually get to the appointment,” says Anderson. “You just deal with a ton of obstacles and realize you’re going to be late—and then, you wake up.”

If you’re a perfectionist, then you’ve probably had this dream. According to Anderson, this dream represents the anxiety that could happen if things don’t go the way you want them to.

“This is a dream that could have two different meanings depending on how you feel when you’re flying,” explains Anderson.

If you’re happy and amazed at what you see, it could suggest you’re seeing your life from a bird’s-eye view and a new perspective. On the other hand, if you feel some escape, it could symbolize that you’re finally getting away from a situation that’s no longer fulfilling to you.

If you’re being chased in your dreams, Anderson says, you’re actually running away from something or someone.

“It could be anything—a deadline, expectations of you, a person—but the point is you’re running from it because you don’t know how to deal with it.”

The best way to cope with this type of dream, says Anderson, is to imagine what life will be like when you finally confront the thing that you’re scared of. By imagining the worst-case scenario and figuring out how to deal with it, you’ll be able to stop worrying about the situation.

7. You don’t have clothes on in public

This dream usually means you think people are getting to know the real you—and it terrifies you.

The important thing to note, though, is how the dream makes you feel. Are you excited? Nervous? Proud? It’ll help you realize what your relationship is like with vulnerability, as well as any issues you have with intimacy.

What do recurring dreams mean?

“If you’re having the same dream over and over, you haven’t dealt with that underlying issue or feeling,” explains Anderson.

Recurring dreams usually represent psychological needs that haven’t been met. Essentially, Anderson says, this happens because as a general rule, dreams tend to encompass whatever has occurred subconsciously within the past few days. So if you’re dealing with a similar issue from your past, your mind goes back to it to deal with the present situation.

To start healing and preventing these sometimes uncomfortable dreams from recurring, you first need to understand what your dream is trying to tell you, then work to meet those issues in the best way you see fit. That could be by going to therapy, confronting a friend, or changing jobs.

Why do you dream at all?

“Unfortunately, there is no one study that determines why we dream, but there are several theories surrounding it,” says Anderson.

Most notably, dreams are assumed to represent subconscious desires and work as a form of self-psychotherapy. They can also process information gathered over the course of the day. Studies suggest dreaming can help us predict future threats, be a way to process our past and present circumstances and make sense of the world.

“A dream is like a constant report on our conscious and unconscious minds in response to what’s happening in life,” says Anderson. “So if you resolve an issue in life, then you won’t have that original dream come up again.”

Is there a way to avoid dreaming?

Sadly not, according to Anderson, who says studies show everyone dreams. It’s just that some people don’t remember their dreams. (Research suggests men forget their dreams more often than women do.)

Anderson insists we shouldn’t aim to forget our dreams at all.

“Our dreams, whether or not we remember them, are actually important for our physiological health, our emotional health and our mental health to some level,” she says.