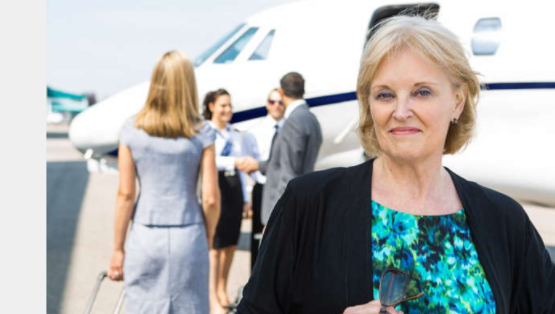 The 10 Golden Rules of Becoming a Millionaire

I’ve been offering financial advice professionally for many decades. I’m also a millionaire several times over.

During my time in the trenches, I’ve heard every conceivable piece of financial advice, acted on many and offered some of my own.

Following are the best of the best — a few simple sentences you can follow that will absolutely, positively make you richer.

1. Never spend more than you make, ever

When I was 10, I started cutting grass to earn money beyond my meager allowance. Minutes after earning my first buck, Mom was stuffing me in the car for a trip to the bank to open my first passbook savings account.

Fifty years later, priority one is still to put something aside from every paycheck and send out less than I bring in.

Most people treat debt as if it’s a normal part of life. They divide it into categories like “good debt” and “bad debt.” They discuss it endlessly, as if it’s some mathematical mystery.

Since paying interest makes you poorer, you only do it in two situations:

Unless borrowing is ultimately going to make you richer, don’t do it.

Rich people ring the register when the economy is booming, but that’s not when they created their wealth.

You get richer by investing when nobody else will: when unemployment is high, the market is tanking, everybody’s freaking out, and there’s nothing but fear and misery on the horizon.

The cyclical nature of our economy all but ensures bad times will periodically occur, and human nature all but ensures that when bad times happen, most people will freeze like a deer in the headlights. But downturns are the time you’ve been saving for.

If you think the world is truly ending, buy canned food and a shotgun. If not, step up. As billionaire investor Warren Buffett famously advised, “Be fearful when others are greedy and greedy when others are fearful.”

4. You can either look rich or be rich

When I worked as a Wall Street investment adviser, I quickly learned that people who have tons of money most often don’t look like it. They don’t have to.

So, who are the big shots wearing the fancy suits and driving the Porsches? Often it’s the people who make a living selling stuff to the rich people.

I can’t remember the last time I wore a fancy suit. I’ve never owned a new car, and I live in a house that’s worth about one-third of what I could afford.

Diverting your investable cash into things like cars, clothing, vacations and houses you can’t afford will make you look rich now, but prevent you from actually becoming rich later.

You should always strive to get as much out of life as you can each and every day. After all, you could die tomorrow.

But here’s the thing: You probably won’t. Put something aside so you can continue soaking up what life has to offer for as long as possible.

The only ways to get rich:

Even as you’re aiming for any of the first five, practice the last one and you’re guaranteed to become rich eventually.

7. The riskiest thing you can do is take no risk

Whether it’s money, love or life in general, if you want rewards, you have to take risks.

When it comes to money, taking risks means investing in things that can go down in value — like stocks, real estate or your own business. Can you get through life without taking risks? Sure, but as my dad was fond of saying, you’ll never get a hit from the dugout.

Riskier investments typically offer the chance for higher returns. And that extra return can make a world of difference to the size of your nest egg. If you invest $200 a month over 30 years and earn 12% annually, you’ll end up with hundreds of thousands of dollars more in retirement savings than if the same investment earns just 2% per year.

Taking a measured amount of risk is the difference between getting rich and getting by.

That being said, making risky bets is simply gambling. Take measured risks. Minimize risk by knowing as much as possible before investing, not putting all your eggs in one basket and learning from your mistakes. Or better yet, learn from someone else’s errors.

If you need surgery, you have little choice but to trust your fate to a professional. But when it comes to your money, don’t ever turn over complete control to anyone.

Seeking advice is always a good idea. But no matter who that adviser is or how smart they are, your money is more important to you than it is to them. So, if you’re not doing everything yourself, at least understand exactly what’s going on.

Virtually anyone can learn to navigate their finances. If you can’t be bothered to take responsibility for your own money, just keep it in the bank. At least that way you won’t end up ripped off, broke and blaming someone else for your problems.

If you’re ready to be matched with local advisers who will help you reach your financial goals, get started now.

9. When it comes to information, less can be more

About 15 years ago, I put about $2,000 into Apple stock. I sold half of it a few years ago, then sold a little more a couple of years ago. But as I write this, my remaining shares are worth hundreds of thousands of dollars.

Had I been watching financial news every day and reacting to pundits and market gyrations, I’d have sold it all long ago and been kicking myself today.

Whoever said “Time is money” had it backward. Time is the one nonrenewable resource you have. Once your time is up, it’s up.

So, the trick is to spend as much of your limited time as possible doing stuff you want to do, rather than working for other people doing stuff you have to do. Money is the resource that allows you to do this.

If you go to the mall and spend $200 on clothes, that’s $200 you could have invested. If you’d earned 12% compounded annually on that $200, in 30 years you’d have accumulated around $6,000. Ignoring inflation and assuming you could live on $3,000 a month in retirement, forgoing those clothes today means retiring two months earlier.

Of course, you must have clothes. But maybe you don’t need $200 worth, or maybe you could have gotten them for less.