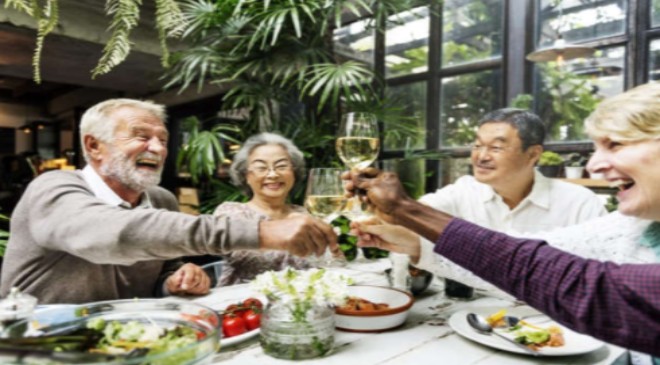 7 Things ‘Comfortable’ Retirees Have in Common

Many of us spend years dreaming of our retirement. But if we’re honest, the prospect of post-work life also frightens us a little.

The notion of trying to fund decades of retirement living without a job provokes anxiety. Fortunately, we can look to those who are successfully navigating retirement today for clues as to how to make our golden years a success tomorrow.

For the analysis, retirees were divided into five groups based on their self-reported financial status and spending behavior, with the retirees considered “comfortable” being the second-best-off:

We all would like to grow rich before we retire. But the reality is that most of us are not destined to be the next Jeff Bezos or Bill Gates.

That doesn’t mean we should throw in the towel on accumulating wealth, however. While the ranks of the filthy rich may be beyond our grasp, we can still retire with enough income to make our lives comfortable.

EBRI data shows that the retirees it considers “comfortable” report annual incomes that are similar to folks the EBRI classifies as just “average retirees,” in the neighborhood of between $40,000 and $100,000.

Where do comfortable retirees get their income? From multiple sources, according to the EBRI data.

These retirees know the wisdom of not getting stuck with all of their eggs in one basket. A person who gets money from investments in stocks and bonds, a pension and Social Security is in better shape than someone who depends on just one of these sources for income.

The EBRI says debt is a key contributor to retiree anxiety and lack of satisfaction. It also contributes to a poor standard of living.

Comfortable retirees have debt that EBRI describes as easily manageable.

Among average retirees, by comparison, nearly half have credit card debt and only slightly fewer have car loans.

Pensions may be going the way of the dinosaur, but comfortable retirees are bucking that trend. They — along with affluent and even average retirees — are more likely to have guaranteed sources of income such as a pension plan when compared with retirees in the “struggling” or “just getting by” groups.

Being likely to have sufficient retirement savings — or even an amount above that level — leaves comfortable retirees not only content in the present, but also confident about the future.

You won’t catch comfortable retirees declaring, “Eat, drink and be merry!” Instead, they are likely to “plan to grow, maintain, or spend only a small portion of their financial assets in retirement,” the EBRI reports.

Comfortable retirees are enjoying post-work life. Whether you are rich or poor, a great attitude goes a long way to making retirement better.

In fact, retirees the EBRI classifies as “comfortable” are the second-most satisfied of all retirees when it comes to post-work life. The only retirees who are happier are those classified as “affluent.”