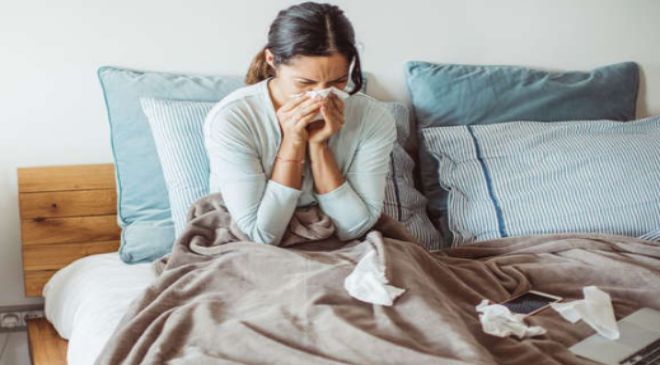 So you feel like the sniffles are coming on. Maybe your throat’s getting a little scratchy or your head’s beginning to pound. There is no doubt in your mind that you’re getting a cold and the last thing you want is to be sneezing, coughing, and blowing your nose for the next week.

Some people swear by zinc to make the common cold less miserable, saying that they don’t get as sick if they take it right away. Is this a gem of a mineral, or is it all in their heads? Here’s what the experts have to say.

Is zinc effective against colds?

It depends what you mean by effective. There’s not enough data to say that zinc can prevent or cure the common cold, but it still might be able to help you feel better sooner. One systematic review, conducted in 2013, found that zinc may help to shorten the duration of your cold by 12-24 hours if you take it within 24 hours of the onset of your symptoms.

This might mean that if you start taking zinc as soon as you start feeling stuffy, your cold might last 6 days instead of the average seven. Whether that’s worth it is up to you.

Some researchers believe that zinc’s ability to help at all is due to the way it interacts with the rhinovirus—the pesky pathogen that usually causes the infection, says Kristina Lundberg, M.D., an internist and physician editor at MCG Health.

The rhinovirus tends to thrive and multiply in your nasal passages and your throat (also known as your upper respiratory system), and “there is some evidence that zinc may help to prevent human rhinoviruses from attaching to the mucous membranes of the nose passages, thereby slowing the virus’ ability to replicate and hopefully leading to less cold symptoms,” says Dr. Lundberg. “Although the mechanism by which zinc may help in viral illnesses is not well understood.”

There is a wide variety of ways to consume zinc. You can take it in a syrup or lozenge forms, which are often mixed with other immune boosting ingredients (like antioxidant-rich elderberry) and flavoring; those help make taking this bitter ingredient a little more palatable. You also have the option to take pure zinc in a tablet or capsule form.

Which is more efficient at tackling your cold? The jury’s still out as there’s no research that compares zinc supplements, lozenges, or other forms of zinc, according to Dr. Lindburg. Lonzeges, however, are “the best studied formulation of zinc available,” says Dr. Lindburg. “Some believe that lozenges and syrups, which stay in the nasal and pharyngeal passages as they are absorbed by the body, may be the best.”

In terms of when to take zinc: Take it as soon as you feel that cold creeping in. “To get any benefit for cold symptoms, start taking it within 24 hours of the onset of cold symptoms,” says Dr. Lindburg. “Once started, you can take zinc daily for up to 10 days. Each formulation is different, so following the dosage instructions on the packaging is recommended.”

Are there any risks of taking zinc for a cold?

Taking zinc orally is generally safe, according to the Mayo Clinic, but some people have found that the lozenges leave a bad aftertaste, while others find that the lozenges make them feel nauseous. Most experts advise against using zinc nasal sprays, though, as they have caused some people to permanently lose their sense of smell.

Zinc is also known to interfere with certain medications. For example, if you’re on antibiotics, zinc can decrease their ability to fight off bacteria by preventing your body from properly absorbing the treatment; and if you’re taking penicillamine to treat rheumatoid arthritis, zinc may reduce the drug’s ability to ease joint pain.

So, if you are taking other meds, it’s best to talk to your doctor before starting any sort of zinc supplementation.

Bottom line: There’s still no cure for the common cold, but zinc might help you recover faster

Overall, experts at the Cleveland Clinic suggest that the best and safest way to a speedy recovery is getting lots of rest. Drinking lots of fluids to keep your nose and throat moist—while avoiding drying alcohol and caffeine—can also help ease digestion and calm inflammation while allowing the mucus membranes of these passageways to get rid of the virus as quickly as possible.

So, if you can, take off from work, cozy up with a cup of herbal tea, and get some good shut eye. You’ll probably feel better in a week or so. If your symptoms don’t subside in 10 days, however, go see your primary care physician who will check to see if you have a condition (like bronchitis, pneumonia, or a sinus infection) that needs specific treatment from a healthcare professional.

Try 200+ at home workout videos from Men’s Health, Women’s Health, Prevention, and more on All Out Studio free for 14 days!