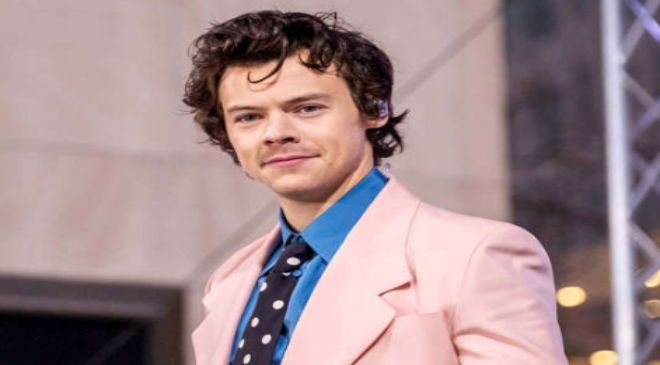 Find someone who’d walk through fire for you! Harry Styles has found time to dish out romantic advice during several of his 2021 Love on Tour concerts— and fans can’t help but adore him even more.

After a concertgoer in Detroit held up a sign asking if they should text a potential romantic partner, the former One Direction member went viral for his Notebook-esque response.

“I have a question: Is he nice to you?” the England native asked during the September tour stop. “In my opinion, if you should [text him], this isn’t even a question.”

The Dunkirk star later made headlines when he helped convince a Chicago fan’s boyfriend to propose. In footage shared on social media, Styles asked the couple how long they’ve been together and noted, “Seven years, oh, I can’t help you. … What’s the hold up, Lucas? It’s a thing, you know, you love each other and you’re best friends.”

He added with a shrug, “Just do it. It’s fine, you don’t have to do it now, but she’s your best friend, just do it, you know what I mean? Just give her what she wants!”

After looking into Lucas’ eyes, the X Factor UK alum concluded, “Yeah, he’s going to do it.”

The advice didn’t stop there. The “Kiwi” performer was later tasked with participating in an audience member’s sex reveal during his Nashville concert in September 2021.

“It’s a blank piece of paper,” he explained in a clip as he opened a sealed envelope which was decorated with pink and blue question marks. “Don’t worry there’s another one. … Woo-hoo, you know, I revel in these moments because I know everything and you don’t.”

After a countdown from the crowd, the musician revealed the fan would be having “a little baby girl.” As the audience started cheering, the pop star began tearing up.

The Grammy winner’s loving gestures caught fans’ attention amid his romance with Olivia Wilde. The pair first sparked dating rumors when they were photographed holding hands at his manager’s wedding in January 2021 while collaborating on the Don’t Worry Darling film.

The Booksmart director — who shares son Otis and daughter Daisy with ex-fiancé Jason Sudeikis — and the “Sweet Creature” crooner wanted to keep their relationship under wraps before going public.

“They were very careful about it and even sleuthy at times, although the small group of people who were on set with them every day eventually figured it out,” an insider told Us Weekly at the time.

After production on the thriller came to an end, the pair’s relationship continued to heat up.

“Olivia and Harry have an ease to their relationship, they love and support each other, but also let each other be free and work on their own,” a source told Us that July, noting that the couple are in “constant communication when they’re not together.”

The source added, “Both of them respect the other’s work and never want to get in the way of each other.”

During his Chicago concert, Styles read a fan’s sign, which said, “Convince my boyfriend to propose.” Styles then asked the couple for their names and how long they had been together. “What’s the hold up, Lucas? You love each other, you’re best friends, just do it,” the musician teased at the time.

Styles reveled in sharing one fan’s sex reveal with the Nashville crowd and her partner, who was on the phone during the September 2021 gig. He confirmed that the couple were expecting a “little baby girl.”

Styles showed one lucky fan who attended a show alone that he cared. In a TikTok video, the musician asked one concertgoer if they were alone before adding, “I wanna kiss you but I can’t.” Instead, he blew a kiss in their direction and pretended to catch one they blew back, stowing it in his pocket for safekeeping.

Supportive GF in the Stands

Wilde supported the “Treat People With Kindness” artist during his Las Vegas concert in September 2021.

“Olivia arrived once Harry started singing ‘Golden,’” an eyewitness told Us at the time. “She was standing the entire time off to the side. … She was very happy for him and cheered him on. She was hardcore dancing and clearly was very supportive. She recorded him from her phone when he was singing ‘Cherry.’”