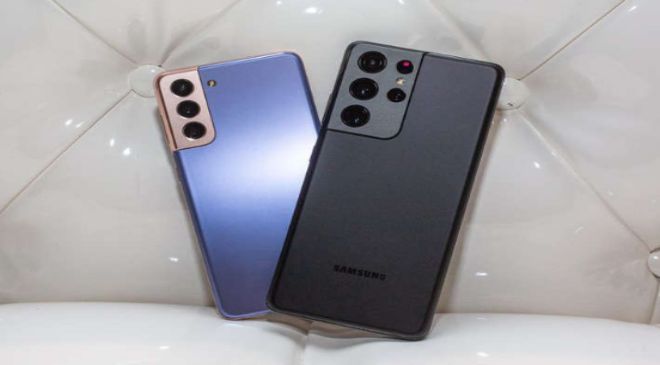 We may still have a few more months until Samsung’s new flagship, the Galaxy S22, makes an appearance. But since we have some time until the phone’s expected debut, the rumor mill continues to turn. The latest gossip comes from Galaxy S22 Ultra renders shared by Digit and tipster @OnLeaks. In the renders, the smartphone is shown with a S Pen slot, a design similar to the Galaxy Note 20 and a P-shaped camera module.

Samsung’s August 2021 Unpacked event excited us with two new foldable phones, the Galaxy Z Fold 3 and Z Flip 3, alongside the company’s latest smartwatch, the Galaxy Watch 4, and the Galaxy Buds 2. But we’re yet to hear when Samsung will take the wraps off the rumored Galaxy S22. This year’s Galaxy S21 lineup was unveiled in January, which means we could see Samsung’s new flagship early next year.

The Samsung Galaxy S21 impressed us with its solid all-round performance and better balance of features and price. The Galaxy S21 Ultra meanwhile blew us away with its incredible camera setup and its ability to take superb zoomed-in shots. But what about the follow-up series? We’re curious to see what the Galaxy S22 will bring.

Here, then, is what we think we might see from the Galaxy S22.

Samsung typically launched its S-series phones in March, but it bucked that trend in 2021 by launching the S21 line in January. The company typically follows a 12-month cycle of updating its handsets so we currently expect the S22 to be announced in January 2022, possibly at or around the CES tech show in Las Vegas.

However, it’s also possible that Samsung might want to give the S21 line a bit more breathing room and could return to a March launch schedule. With COVID-19 restrictions hopefully being a bit easier by then, Samsung could intend to do an in-person launch event, which it often does simultaneously in cities across the globe.

Batteries might also be smaller in the Galaxy S22 lineup. Tron speculates that the S22 and S22 Plus will have 3,800- and 4,000-mAh batteries, respectively. The leaker says the Galaxy S22 Ultra will maintain its 5,000-mAh cell.

Price: How much will the Galaxy S22 cost?

Sales of the Galaxy S20 line didn’t impress and it’s likely it had a lot to do with the generally high prices, coupled with widespread financial uncertainty for many people due to the pandemic. The S21 offered handsets at slightly more affordable prices by swapping glass back panels for toughened plastic. Here are all the differences between the Galaxy S21 and S20.

At launch, the base S20 came in at $1,000 in the US, while the base S21 undercut that at $800. While we don’t expect Samsung to try and make the S22 line cheaper, we do think it’s a safe bet that the company will try and match the approximate price of the S21, rather than increase it back to S20 levels.

It’s a sure bet too that Samsung will offer multiple variations of the S22 line to offer varying specs at a variety of prices. It’s likely that we’ll see a base S22, along with an upgraded S22 Plus and an S22 Ultra model sitting right at the top of the range with the best specs — and the highest price to match. (Here’s how the Galaxy S21, S21 Plus and S21 Ultra variants compared.)

It’s a recipe Samsung has followed for the last few generations and it’s clearly a strategy deemed to be working. For those on more modest budgets, it’s possible that the company will also do a more affordable Galaxy S22 FE, although that won’t launch with the range — we’re not expecting the S21 FE until later this year. The Galaxy S20 FE (FE stands for Fan Edition) launched in October 2020, eight months after the flagship S20 lineup. The Fan Edition phone made a few smart features and specs sacrifices to achieve a more budget-friendly price.

Although we don’t know for sure how each Galaxy S22 model will look, according to renders shared by Digit and tipster @OnLeaks, the Galaxy S22 Ultra could have a similar design to the Galaxy Note 20 with a slot for the S Pen and flat edges on the top and bottom of the phone. Digit and @OnLeaks also suggest Samsung’s new Ultra model will have a P-shaped camera module with a quad-camera setup.

Samsung could be upgrading the S22 lineup with 65-watt charging support, according to leaker FrontTron. The tipster posted to Twitter in July that 65-watt fast charging is in the testing phase for Rainbow RGB, a rumored code name for the S22 series. If this speculation proves true, the S22 would offer significantly faster charging times than the Galaxy S21 and Galaxy Note 20 lineup, which both have 25-watt charging.

Samsung tends to use both Qualcomm Snapdragon chips and its own Exynos processors in its S series phones — depending on region — and we fully expect it will do the same again in the S22 line. But it’s safe to assume that what’s used will be the next generation of both chips, possibly the Snapdragon 895 (which is expected to launch in December this year) and the Exynos 2200.

In 2019 Samsung partnered with graphics chip company AMD for better mobile graphics power, but so far we haven’t seen any Samsung phone equipped with dedicated AMD hardware. It’s possible that the S22 (or more likely, the S22 Ultra) could be the first AMD phone, boasting superior graphics performance for gaming.

It’s also a safe bet that the S22 line will run Android 12 — announced in June this year at Google’s I/O event and currently in beta form — with Samsung’s own user interface tweaks over the top, including additions like Samsung Health, Samsung Pay and its Bixby virtual assistant software.

Display size will almost certainly differ depending on which model you opt for. With the S21 line, the base S21 was the smallest at 6.2 inches and the S21 Plus pushed things to 6.7 inches, while the S21 Ultra ballooned farther out to 6.8 inches. Some early rumors suggest that Samsung will make the S22 and S22 Plus slightly smaller — 6.05 inches and 6.5 inches, respectively. The same rumors suggest the S21 Ultra will stay pretty much the same size and, like the S21 Ultra, would be the only one in the range to offer variable refresh rates up to 120Hz.

Some rumors suggest it’s the hero S22 Ultra that will see the most exciting camera upgrades this time round. That’s good to hear, as the S21 Ultra’s camera is superb, but wasn’t a big upgrade over its predecessor.

Some earlier rumors suggest that it’ll be the first Samsung phone with a whopping 200-megapixel resolution, based on a teaser tweet from Samsung’s own Exynos account showing a 200-megapixel phone camera. That would be a big upgrade from the already pixel-packed 108-megapixel S21 Ultra and would theoretically allow for crisper zoomed-in images. However, noted Samsung leaker Ice Universe suggested (via GSM Arena) that the phone will retain its 108-megapixel sensor, with the main camera specs being roughly similar to the S21 Ultra.

Ice Universe also speculated that Samsung could introduce a 50-megapixel RGBW and a 200-megapixel camera sensor this year. Leaker Yogesh added to Ice Universe’s prediction to say the RGBW sensor could be featured on the Galaxy S22 series as well.

Speaking of zoom though, the S22 Ultra is also rumored to get a continuous optical zoom, rather than simply having set 3x or 10x optical zoom lenses to switch between. Currently, if you zoom to, say, 7x zoom on the S21 Ultra that will use a combination of optical zoom and digital cropping, resulting in images that look lower in quality than when you use the 10x optical lens. A continuous zoom would allow for uncropped optical zoom throughout the entire zoom range.

Other rumors, however, suggest that the Galaxy S22 Ultra’s new camera specs may not be all that exciting. According to an August report from Galaxy Club, the Ultra model of Samsung’s upcoming smartphone could house the same camera hardware as the Galaxy S21 Ultra, with a 108-megapixel main camera, 10-megapixel periscope, 10-megapixel telephoto and 12-megapixel ultrawide lens.

The base S22 and S22 Plus models aren’t expected to get similar camera boosts, so the question remains whether the S22 Ultra will stand out and justify spending the extra cash. Expect to still see multiple lenses and a 50-megapixel main sensor.

Colors: Could the Galaxy S22 come in dark red and green?

Blog LetsGoDigital previously speculated that during Samsung’s August 2021 Unpacked event the company may have hinted at possible new color options for the upcoming Galaxy S22. At one point in the presentation (about 46 minutes in), when Samsung talks about the S Pen stylus’s compatibility with the Galaxy Z Fold 3, the words “SS22 colors” are written on the foldable phone. The text appeared next to a separate window showing a light green plaid pair of pants and a baby pink blazer that pointed to the words “pistachio green” and “flamingo pink.” It’s possible we could see these new colors for the Galaxy S22, but we won’t know for sure until the phone makes its debut.

Additional features like wireless charging, NFC for contactless payments, 5G connectivity and in-display fingerprint scanners are pretty safe bets for all the S22 models. It’s also likely that Samsung will continue to offer base storage options of 128GB on all models, with upgrades up to 256GB or even 500GB available for those who want the extra space.

Don’t expect to expand that storage, though, as the S21 series removed the option to add microSD cards. That was a real disappointment, particularly on the S21 Ultra, as its high-resolution images and 8K videos take up a lot of space. Fingers crossed for a return, but don’t get your hopes up.