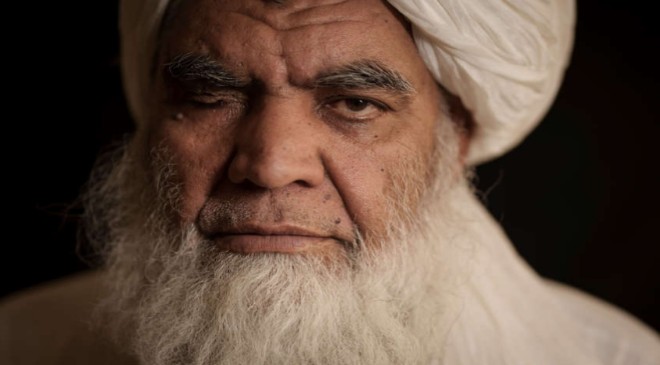 A founder of the Taliban, who became notorious for imposing its harsh rule the last time the militants governed Afghanistan, says the group plans to bring back executions and amputations.

“Cutting off of hands is very necessary for security,” Nooruddin Turabi told the Associated Press.

The country’s rulers are deciding whether they will dole out these punishments in public in the way they once did — sometimes at a Kabul sports stadium with crowds watching — he added.

“No one will tell us what our laws should be,” said the former justice minister, who is running the prisons.

Now in his 60s, Turabi ran the Taliban’s ministry of vice and virtue during its previous time in power, from 1996 until the United States launched its longest war in 2001.

At the time, that department’s morality police enforced its severe version of Islamic criminal law — banning cassette tapes and patrolling the streets to restrict women from going out.

When the Taliban marched back into power last month, just as U.S. forces left after 20 years of conflict, the Islamist movement formed an all-male cabinet and revived the ministry.

Its comeback only added to questions about the Taliban’s assurances that it has changed. Like world powers, many Afghans are watching and waiting warily as the militants promise more tolerance, all the while showing signs that intimidation will remain central to their control.

Human Rights Watch warned on Thursday that Taliban fighters had prevented some women — including teachers and students — from moving outside their homes in the western city of Herat and ordered others to cover their faces.

Deputy spokesman Bilal Karimi told The Washington Post that the Taliban had not verified comments attributed to one of its founders yet, but he did not respond to a question about whether it plans a return to sentences such as amputating the hands of thieves.

In his last tenure, Turabi had a reputation for policing decrees strictly, beating those with beards that were too short, or wearing insufficiently modest clothing. A deputy to the Taliban’s founding supreme leader, he lost an eye and a leg in past fighting with Soviet forces. He is under U.N. sanctions, as are some ministers from the interim government.

Even as he spoke of the benefits of public amputations to ward off crime, the official said this was not the same Taliban the world knew before. This time, he said, judges who arbitrate cases may include women.

The new administration will allow TVs, cellphones and media, according to Turabi — who spoke to a female journalist in Kabul in Thursday’s interview.

This is the necessity of the people, and we are serious about it,” he told the AP. “Now we know instead of reaching just hundreds, we can reach millions.”