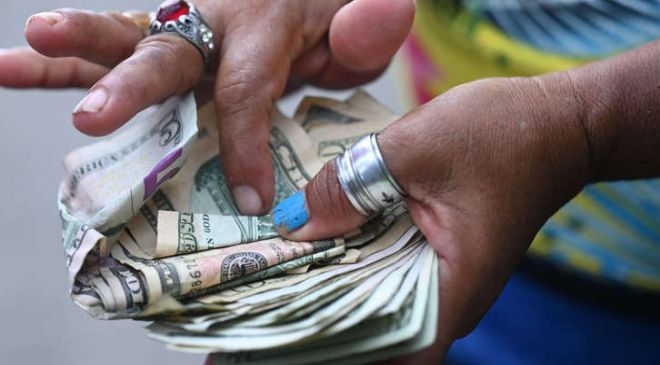 The U.S. dollar may struggle to rise past its current levels through the end of 2022, given the likelihood of an almost two-year gap between when the Federal Reserve may start tapering its bond purchases and its first interest rate increase.

That’s the view of analysts at TD Securities, who see the U.S. Dollar Index consolidating through the end of 2022 to 89.0, versus 92.9 on Thursday. They see the U.S. central bank looking past the recent inflation shock and erring on the side of continuing to support economic growth, which would limit how much the greenback can rally. TD’s forecast for the dollar index is a bit below the consensus estimate of 91.80.

The almost $7 trillion-a-day global currency market, which operates around the clock, is currently grappling with the conflict between slowing worldwide economic growth and a greater intention by central banks to withdraw monetary stimulus, albeit at varying speeds, as the recovery from the pandemic proceeds. The dollar is caught in that tug-of-war between those competing narratives, trading within relatively narrow ranges since June, ahead of the Federal Reserve’s policy meeting next week.

“Monetary policy is going to remain fairly static at the Fed, with the central bank sidelined from a hiking perspective into 2022,” Mazen Issa, a senior currency strategist at TD Securities in New York, said via phone Thursday. “The important feature to note about tapering is that it kicks off the debate about liftoff. That will really animate the risks around the dollar going forward.”

Meanwhile, policy makers worldwide are generally moving at “a glacial pace” with an intent to ultimately unwind the stimulus provided during the pandemic, he said. “But if everyone is moving in the same direction in incremental steps, that should mitigate significant directional impact on the dollar. “

The greenback began this year by defying widespread bets that it would drop in 2021 on a broad vaccination-led global recovery and stimulus-fueled expansion of the U.S. deficit.

In a turnabout of thinking by analysts and traders, the U.S.’s massive fiscal and monetary stimulus relative to the rest of the world, and the notion of “American exceptionalism”, were instead seen as likely to burnish the dollar’s appeal.

Ordinarily, the dollar trends higher when U.S. interest rates go up or policy makers hint that they will. In June, for example, the greenback got a lift after an unexpected shift in the Fed’s outlook that suggested policy makers were taking the prospects of higher inflation more seriously than many had thought.

But since then, for the past three months, the U.S. currency has traded in a confined range. One big reason is the emergence of the stagflation theme in markets, and another is that much of what happens to the dollar depends heavily on what else is going on in the rest of the world. For now, Europe “has started to gain an edge versus North America” when it comes to the change in growth expectations, and the dollar has moved to the bottom of the Group-of-10 currencies along with the Canadian loonie, according to a note earlier this week by Issa and TD Securities strategists Mark McCormick and Ray Ng.

They recommended buying the euro on dips and waiting for some form of “reflation-lite” trend to return this fall before buying the loonie. Any shift toward a “reflation-lite” scenario would also offer dip-buying opportunities in the U.S. dollar-yen pair they said.

Much of the price action across currencies in the months to come will be driven not just by the economic backdrop, but by the lack of uniform responses to higher inflation from global central banks. In a separate note on Wednesday, James Rossiter, TD’s head of global macro strategy, said he sees room for error on multiple fronts by central banks.

Among some of the risks, he says, are that: central banks like those of Australia, Canada and England tighten monetary policy despite slowing growth; or that the Fed, European Central Bank and Sweden’s Riksbank delay tightening despite high inflation.