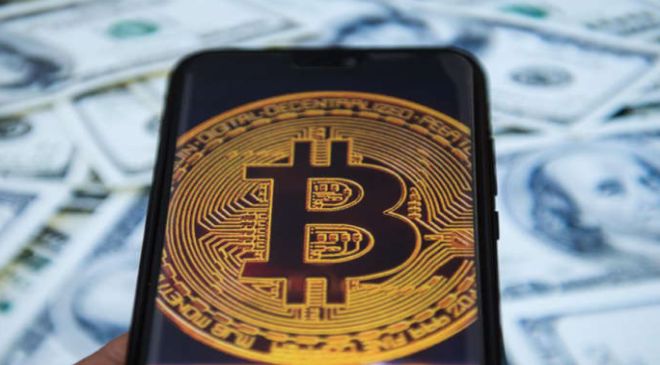 Once a cumbersome, niche currency touted in the internet’s dark corners by technophiles and privacy advocates, Bitcoin has become an investment asset you can buy and sell in seconds through popular money services like Venmo, Robinhood and Cash App.

In the wake of the 2008 financial crisis and subsequent bailout, Bitcoin was imagined as a digital alternative to fiat currency that allows users to circumvent the authority of banks and governments. But as cryptocurrency continues to soar in popularity — and becomes increasingly entangled in finance and commerce —  it may no longer be able to escape Uncle Sam’s watchful eye. We break down some of the basic dynamics below.

Why do regulators want to regulate Bitcoin and other cryptocurrencies?

It’s Bitcoin’s ability to transfer value — without verification from a bank or government — along with the sheer amount of money now involved that has aroused lawmakers’ interest. Over time, and usually in the wake of an economic disaster, the US has codified a complex rulebook governing most types of financial transactions in order to protect the public, discourage fraud and insulate the economy from bubbles, any unhealthy concentrations of risk and other perils. But the speed at which crypto is absorbing the interest and capital of American investors is pushing the issue to the forefront in some corners of Washington.

In August, Congress passed an infrastructure spending package funding the improvement of old roads and bridges, expanding high-speed internet access and taking measures to address clean drinking water and climate change. But an earlier draft included some significant provisions concerning the legislation of cryptocurrency. Of particular note was a proposition that would have required so-called “crypto brokers” to report tax data to the IRS, just like brokers of other assets such as stocks, bonds and commodities.

Ultimately, the cryptocurrency provision was cut from the spending package due to disagreements about the definition of who could reasonably be categorized as a crypto “broker.” Lawmakers could not come to a consensus about whether or not to include crypto miners, transaction validators and software developers.

Which agencies and lawmakers are advocating for new crypto laws?

As a modest collection of existing laws, as well as current proposals in Congress (including H.R. 1628 and H.R. 3723), continue to coalesce into an informal legal framework, the crypto exchanges — most prominently Coinbase — have emerged as a focal point of Washington’s interest.

SEC Chair Gary Gensler has become one of the more outspoken voices advocating government regulation of cryptocurrency. Before Biden tapped Gensler for his current role, Gensler was a professor at MIT, where he taught a course on cryptocurrency.

On Sept. 7, Coinbase was set to launch Lend, its new crypto-lending platform. But the exchange quickly scrapped its plans as the SEC threatened to sue, claiming that it traffics in unregulated securities.

The SEC announcement on Lend came one month after Gensler sent a letter to Sen. Elizabeth Warren. In it, he clarified the SEC’s position on crypto legislation — that more resources are needed to help investors, transactions, products and platforms — and expressed a desire for additional legislation and authority.

“The world of crypto finance now has platforms where people can trade tokens and other venues where people can lend tokens … I believe these various platforms not only can implicate the securities laws; some platforms can also implicate the commodities laws and the banking laws. This raises a number of issues related to protecting investors and consumers, guarding against illicit activity, and ensuring financial stability,” wrote Gensler.

What role will the SEC play in crypto laws?

On Sept. 14, Gensler further addressed crypto concerns in a Congressional hearing where Gensler outlined SEC upcoming priorities, as well as the SEC’s oversight of crypto assets.

Gensler said he believes crypto can foster change, but without regulatory oversight, he questioned its longevity. His prepared remarks suggest that the SEC will continue to scrutinize the sale of tokens, trading and lending platforms, stable value coins, crypto derivatives, custody of crypto assets and more.

“We’re working with our sibling agency, the [US Commodity Futures Trading Commission], as our two agencies each have relevant, and in some cases, overlapping jurisdiction in the crypto markets,” said Gensler in his remarks. “We’re working with not only the CFTC, but also the Federal Reserve, Department of Treasury, Office of the Comptroller of the Currency, and other members of the President’s Working Group on Financial Markets on these matters.”

Gensler also pointed to his perspective on the SEC’s purview when it comes to securities — including cryptocurrency: “Make no mistake: To the extent that there are securities on these trading platforms, under our laws they have to register with the Commission unless they qualify for an exemption,” said Gensler in his remarks.

What is driving federal interest in regulatory action?

Earlier this week, a fake press announcement purporting to be from Walmart on partnering with Litecoin, one of the lesser-known cryptocurrencies, resulted in Litecoin’s value skyrocketing to over $200 before media outlets were able to confirm the news was false. Litecoin eventually returned to its former value, but it’s possible that the scam netted the perpetrators — who were positioned to buy low and sell high — a significant profit.

Pump-and-dump schemes are common in the cryptocurrency industry and are giving lawmaker’s plenty of ammunition for their arguments for crypto regulation. In fact, the frequent use of cryptocurrency in high-profile ransomware on American businesses both large and small — as well as government entities — has raised the hackles of legislators, as the ransoms paid in cryptocurrency are generally much harder for authorities to track and to recoup money paid.

Overall, Bitcoin remains largely unregulated as an asset in the US. While further legislation may ease some investor and regulatory fears over crypto’s volatility and potential for crime-related transactions, Bitcoin — for now — is mostly disconnected from governments and conventional financial systems. Currently, most cryptocurrencies are decentralized and autonomous. If US lawmakers want crypto legislation with teeth, there will likely need to be significant coordination between international authorities — which will be a significant challenge.

Despite the lack of an overarching federal or international regulatory framework, there are some crypto laws in place: