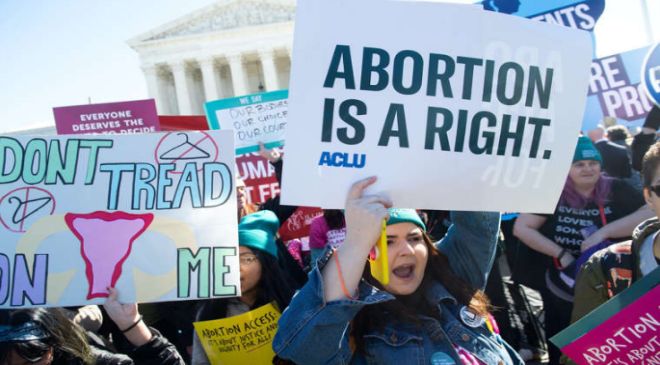 The Department of Justice filed an emergency motion asking a federal judge for a temporary restraining order that would stop Texas from implementing a new restrictive abortion law, on Tuesday.

This relief is necessary to protect the constitutional rights of women in Texas and the sovereign interest of the United States in ensuring that its States respect the terms of the national compact,” the DOJ said in its filing.

The DOJ said the law which bans abortions after six weeks has “gravely and irreparably impaired women’s ability to exercise their constitutional right to an abortion across the State.”

On Thursday, the US Attorney General Merrick Garland announced the department had filed a lawsuit over the Texas law.

Garland called SB 8, or the Texas Heartbeat law, a “scheme.”

The law went into effect on September 1, and barred people from having abortions after a fetal heartbeat is detected, which is around the six-week mark when a person may not yet know they’re pregnant.

A Planned Parenthood news release said 85-90% of Texans who obtain abortions are at least six weeks into pregnancy.

The law also allows private citizens to bring civil cases against anyone who “aids or abets” an abortion.

“This kind of scheme to nullify the Constitution of the United State is one that all Americans – whatever their politics or party – should fear,” Garland said.

On September 1, the Supreme Court refused to block the law in a 5-4 ruling. In that ruling, the court said it wasn’t ruling on the merits of the law or the landmark 1973 Roe v. Wade decision that made abortion legal in the US but on whether or not it was able to intervene at that point.

In his dissenting opinion, Chief Justice John Roberts called the Texas law “not only unusual but unprecedented,” for allowing private citizens to take the law into their own hands.

“The desired consequence appears to be to insulate the state from responsibility for implementing and enforcing the regulatory regime,” Roberts wrote.

In its lawsuit filed on Thursday, the DOJ said the law was “clearly unconstitutional under longstanding Supreme Court precedent.”

“There can be no dispute that S.B. 8 is contrary to the decades of precedent prohibiting states from banning abortions before fetal viability,” the Justice Department said in its filing Tuesday.