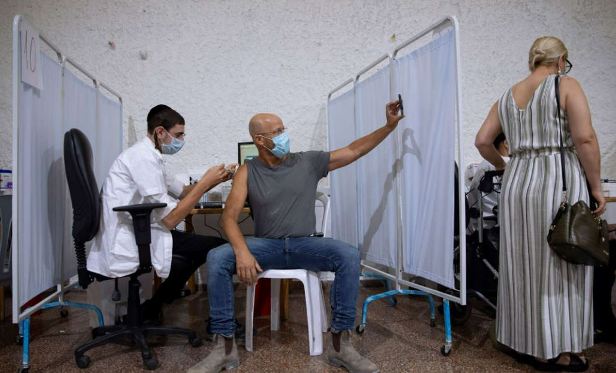 Top federal health officials have warned the White House that the Biden administration’s plan to begin offering booster shots to most Americans later this month may have to be limited initially, with third shots made available only to people who had received the Pfizer-BioNTech coronavirus vaccine, according to people familiar with the matter.

Janet Woodcock, acting commissioner of the Food and Drug Administration, and Rochelle Walensky, director of the Centers for Disease Control and Prevention, told White House coronavirus coordinator Jeff Zients on Thursday that their agencies may not be able to approve a more expansive coronavirus booster plan that they, along with other top doctors across the administration, endorsed last month.

Woodcock and Walensky told Zients that, by the end of this month, they may be able to approve and recommend booster shots only for people who received the Pfizer-BioNTech vaccine. Some officials said Friday that reviews of the other vaccines’ boosters could take an additional few weeks, though they cautioned it depends on the data.

The people familiar with the discussion spoke on the condition of anonymity because they were not authorized to speak publicly.

Last month, President Biden announced that his administration would begin offering booster shots for all Americans beginning the week of Sept. 20 pending sign-offs from the FDA and the CDC. Americans were told they should plan to get a third shot eight months after they received their second dose of Pfizer-BioNTech or Moderna vaccine. Biden said people who received the Johnson & Johnson vaccine would probably need a booster shot as well, but regulators would need more time to analyze data.

Now, Woodcock and Walensky, who have faced criticism for endorsing a plan before their agencies completed their reviews, have warned that staff may need more time to make a determination about boosters for people who received the Moderna vaccine. The FDA has only partial data on Moderna and Johnson & Johnson boosters. Pfizer and BioNTech submitted late-stage booster data late last month.

“We always said we would follow the science and this is all part of a process that is now underway,” Chris Meagher, a White House spokesman, said in a statement. “We are awaiting a full review and approval by the FDA and a recommendation by the [CDC’s Advisory Committee on Immunization Practices]. When that approval and recommendation are made, we will be ready to implement the plan our nation’s top doctors developed so that we are staying ahead of this virus.”

The FDA and the CDC declined to comment. The New York Times first reported the warnings.

In an interview Thursday with WebMD, an online publisher of health news, Woodcock said the agency did not have all the data it needs but that it was clear protection from vaccines wanes.