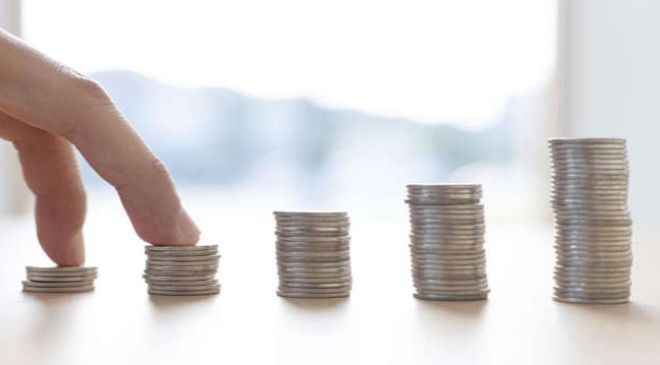 With teams of hotshot accountants at their disposal and plenty of perfectly legal loopholes on their side, America’s ultra-wealthy are able to whittle down their contributions to the federal and state coffers drastically, as confirmed by the recent bombshell report by ProPublica based on leaked IRS records. Click or scroll through some of the ingenious tax avoidance, or ‘wealth defense’, tactics the mega-moneyed use to pay hardly anything.

The top federal income tax rate in the US stands at 37%, yet few if any uber-rich people in the country pay anywhere near that rate. In fact, ProPublica found that a slew of billionaires including Warren Buffett, Michael Bloomberg, Elon Musk, and Carl Icahn contributed absolutely nothing in certain years. So exactly how do these 0.01 percenters pull this off?

Having zero or low taxable income

They ensure they have zero or low taxable income. One of the ways this can be achieved is by drawing a paltry peppercorn salary, which also makes for good PR among the public who aren’t aware of the real reason behind it. Jeff Bezos, for instance, takes home a salary of just $81,840 a year (as of 2020), while Mark Zuckerberg, Oracle boss Larry Ellison, and Google’s Larry Page draw a base wage of just $1 per annum, and Elon Musk ‘earns’ zilch.

Having zero or low taxable income

Other forms of income, which might include interest and dividend payments from investments, can be easily offset with losses and myriad deductions. ProPublica gives the example of Jeff Bezos, who in 2007 managed to pay zero income tax by using these strategies, and was even able to claim a $4,000 tax credit for his kids in 2011 thanks to the way the system is structured.

By and large, the bulk of billionaires’ wealth in America is tied up in the stock market and real estate or other investments. When these assets are sold, they are liable for federal capital gains tax, but while income attracts a hefty top rate of 37%, the highest rate for capital gains is just 20%.

This is the reasoning behind Warren Buffett’s oft-quoted statement that he pays less tax in a relative sense than his secretary Debbie Bosanek (pictured), despite being considerably richer. Incidentally, though he gets away with paying very little, the Berkshire Hathaway boss is a big supporter of raising taxes for the very rich. That said, while capital gains tax is lower than income tax, there are all sorts of ways the extremely wealthy avoid paying capital gains tax altogether, which we’ll explore later.

One way the richest in society avoid paying capital gains tax is by performing what are known as 1031 exchanges. Named after the section in the IRS code that permits their use, these exchanges relate to real estate assets that are held for business or investment purposes only. Capital gains tax can be deferred when the proceeds of the sale of the real estate asset are reinvested within a 45-day period into a similar property, which the tax authorities deem a ‘like-kind exchange’. And there’s no limit on

how many times or how often these exchanges can be carried out.

In a similar vein, an equity swap involves the agreed exchange of an asset or set of assets between two parties, say two billionaires or major companies, that doesn’t actually transfer ownership in an official sense. This sort of exchange lets both parties avoid transaction costs and the many associated taxes. There are also other ways to avoid capital gains tax…

The typical small investor will no doubt be dismayed if stock they have to sell in one or two companies has dropped in value. A billionaire tycoon with a bulging broad portfolio, on the other hand, may very well rub their hands together in glee. But how does a loss mean paying less tax?

Borrowing and offsetting the interest

Whereas the typical American will borrow to fund a real estate or perhaps a vehicle purchase, the super-rich do so for an entirely different reason. Stock and other assets that are held on to long term and not cashed in are considered ‘unrealized’ wealth and therefore aren’t taxable in the eyes of the IRS, no matter how significantly they gain in value.

To take advantage of this loophole, the uber-rich borrow like crazy. They take out enormous loans with low interest rates to fund their lavish lifestyles using their vast stock, real estate and other holdings as collateral, negating the need for earnings, which incur income tax, or having to sell any of their stock or property, which would attract capital gains tax.

According to ProPublica, Elon Musk pledged 92 million shares last year to secure loans, while back in 2014 Oracle’s Larry Ellison had a credit line backed by around $10 billion of his stock. What’s more, any interest paid on these loans can be used to offset a final tax bill, making this option an all-round win-win.

The IRS permits certain taxpayers to claim a wide range of deductions and expenses, which are used to offset tax, and America’s elite make excellent use of these provisions. Everything from sky-high medical bills to private jets and luxurious second homes can be considered deductible business costs and go toward shrinking a fat tax bill.

Like many of his fellow billionaires, Donald Trump has no qualms about making eye-opening expenses claims in order to reduce his tax liabilities. For instance, while working his reality show The Apprentice pre-presidency, the real estate mogul put in claims for hairstyling expenses that amounted to a hair-raising $70,000.

Another shrewd trick the mega-wealthy use to offset taxes is to buy a sports team. This tactic has been dubbed the ‘Everlasting Tax Shelter’ by campaigning organization Inequality.org. A major basketball or football team can be a goldmine when it comes to tax deductions because the owner is allowed to claim income tax breaks of around 90% of the cost over 15 years, regardless of whether the value of the team appreciates.

It’s no secret the uber-moneyed use tax havens to squirrel away their wealth and avoid tax, as a number of exposés and leaks such as the Panama Papers have shown in recent years. A long list of billionaires choose to move their money offshore or reside in countries and territories with low effective rates of taxation such as Panama, Monaco, and the Cayman Islands.

Within the US, there are numerous states that could be considered tax havens, and these tend to be a magnet for the super-rich too. Elon Musk, for example, moved his primary residence from California to no-income tax state Texas last year to avoid paying the Golden State’s high rates, while other billionaires like Jeff Bezos have also elected to reside in a state that doesn’t collect state-level income tax, in his case Washington.

In addition to using tax havens, both at home and offshore, the 0.01 percent frequently set up secretive shell companies, firms that pretty much exist only on paper and have no function other than to funnel money through and sidestep tax liabilities. They tend to be based in tax-friendly countries and territories such as the British Virgin Islands, and the aforementioned Panama.

One of the key ways the exceedingly rich as well as the not so super-wealthy avoid tax is to incorporate themselves. After all, there are numerous tax advantages to being a company, but not a whole lot to being an earner, particularly if your take-home falls in the highest tax bracket and you have a lot of assets.

By creating a corporation, the individual can channel their salary, or turnover as it would then be known, into it. From this, they can pay themselves a modest low-tax salary, and bump it up with non-taxable dividends, while avoiding paying out a fortune in self-employment taxes. But incorporating offers other advantages as well…

Other advantages include being able to claim out of pocket expenses which, as we’ve found out, can go a long way toward offsetting tax and diminishing a big bill, as well as having the option to carry losses forward. This can also work wonders on the amount of tax an entity pays over the course of its existence.

In a nutshell, charitable donations are tax-deductible and the system is set up to favor the wealthiest in the country. Though some deep-pocketed members of the elite are genuinely motivated by a desire to help the world’s less fortunate, others engage in philanthropy because it trims their tax liabilities, along with making them look virtuous, and has the added bonus of staving off public calls for a wealth or similar tax.

While a number of ultra-rich individuals, most notably Bill Gates and Warren Buffett, have pledged to give away much of their wealth during their lifetime, the average billionaire donates just 1% of their fortune per year, according to Gravity Payments CEO and wealth tax advocate Dan Price, and mainly for the tax benefits this confers.

The uber-rich can deduct up to 60% of their adjusted gross income by donating to charity and have a plethora of tricks at their disposal to decrease their tax bills, from setting up donor advised funds (DAFs), which provide numerous tax benefits, to creating conservation easements on land they own.

This wily estate planning strategy is all about avoiding death taxes and ties in with the borrowing trick we revealed earlier in the piece. It enables the 0.01% to transfer wealth to their heirs more or less intact. It essentially goes like this: the ultra-wealthy individual buys appreciating investment stocks, real estate and other products such as life insurance, and holds on to them.

As outlined earlier, they can then borrow against these assets to fund their lifestyle, using them as collateral, and claim on any interest payments the loans incur, and therefore avoid capital gains taxes. When they die, the estate is passed on to their heirs. Any money borrowed that hadn’t been spent would have been put into complex trusts, which are tax-free, while the loans are finally paid off using the appreciated assets.

Thanks to what is called the step-up in basis loophole, the sold assets are taxed based on their value at the donor’s death, not their original value. For example, if a donor bought a property in 1990 for $1 million, which was worth $10 million at the time of their death and the beneficiary goes on to sell it for $10.5 million, only the $500,000 gained after the benefactor’s death would be taxed, not the $9 million the asset had appreciated over the years, making for a massive tax saving.